Please, you’re breaking my heart with your tears! I know exactly what I’m doing. I’m fully prepared to be bound, and more—to die for the name of Jesus, the King.– Paul, in Acts 21 (The Voice)

Is it important that the Church strive for unity? Are there ways that churches can experience unity? In this week’s Bible study we address the subject from a very interesting story of Paul in Acts 21. To help introduce the lesson, we turn to Compass, The Study Bible For Navigating Your Life, which uses The Voice translation.

“Paul is a man of great mystery. The persecutor-turned-preacher seems more like a character from pages of fiction than the instigator of the spread of Christianity. He becomes what he once despised and willingly suffers on behalf of his new Savior. Paul is accused of many things, but he is no fool. He fully understands what is waiting for him in Jerusalem: persecution, suffering, and ultimately death. His friends beg him not to return to this holy city, but Paul is called to live in the footsteps of the One who was crucified—He who was destined to suffer yet called for no drugs. His suffering served a greater purpose, and Paul never loses sight of this spiritual reality because he is living in the kingdom of God.

The masses hope for a gospel that makes them happy, healthy and wealthy. Jesus said the way of life is a hard road, with only a few on it. Ironically this hard road ends in life. The easy, broad street—which may be paved with good intentions—always leads to death and destruction.”

Read the story of Paul’s experience in Jerusalem found in Acts 21. The story will come to life as you read it from The Voice translation out of the Compass Bible or here on Biblegateway.com.

1. From the initial reading of the text, why did the Apostle Paul go to Jerusalem? Was he simply following in Jesus’ footsteps? Or was there another reason?

2. Verse four of chapter 21 records the ship Paul was sailing on stopped in Tyre. While there Paul found the disciples who lived there and stayed with them. The text says, “The Spirit moved them to tell Paul not to go on to Jerusalem.” With this statement being attributed to the moving of the Spirit, was Paul wrong about going to Jerusalem? Why?

4. There’s an interesting ending to the story in both Tyre and Caesarea. The believers quit asking him to turn away. In Tyre the group had a prayer meeting on the beach, and in Caesarea, they just stopped asking and said, “The Lord’s will be done.” How do we know when something is the Lord’s will?

5. The reason that Paul went to Jerusalem is found in Acts:15-27. In those verses Paul seems to shift his theology, going against the message that he had been preaching to the Gentiles. Why would he go along with the rituals which people knew he told others not to follow?

6. Read 1 Corinthians 9:19-23. Do these words shed any light on why Paul complied with the request made by James and the elders? How does it help?

7. The very beginning of James’ message gives us the largest key to why Paul went to Jerusalem. “Brothers, we have a problem.” The statement sounds like the famous line from Apollo 13. What happens when a huge problem is not solved?

8. Was Paul against the rituals, or was there another reason that he did not teach them to the Gentiles?

9. How did Paul going through the rituals solve the problem?

10. In the end, we understand the Paul went to Jerusalem to establish unity between the Jewish Christians and the Gentile Christians. Was the unity of the Body of Christ worth Paul facing certain death? Why?

11. When it comes to the unity of the body, Paul understood the difference between essentials and non-essentials. The rituals were nonessential to salvation. How do we determine what essential and nonessential doctrines are?

What are some of the ways we can follow Paul’s example in creating unity within the church? Has God ever called you to take the hard road in order to fulfill His greater purpose? Leave your comments on our blog. We’d love to hear from you!

About the Compass Bible

Compass is about helping you find the answers you’re looking for in the pages of the Scriptures and allowing that truth navigate your life. Packed with Bible-reading helps and using an energizing, new Bible translation, Compass is a Bible designed with you in mind. Do you want to start reading and applying the Bible to your life, but aren’t quite sure where to start? Let Compass point you in the right direction. 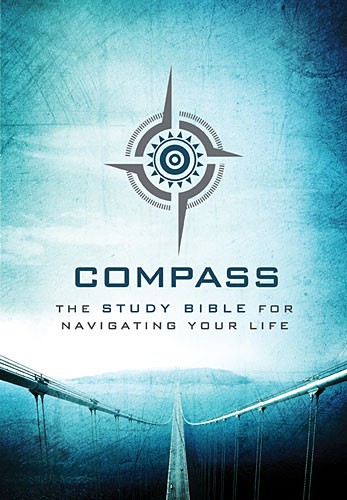