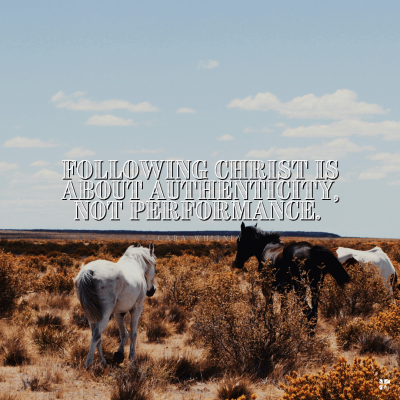 Don’t be deceived, my dear brothers and sisters. Every good and perfect gift is from above, coming down from the Father of the heavenly lights, who does not change like shifting shadows. He chose to give us birth through the word of truth, that we might be a kind of firstfruits of all He created. — James 1:16-18

There’s this guy in the city who sings everywhere — coffeehouses, street corners, music festivals, churches… anywhere he can draw a crowd. His voice has that gritty edge, and his songs churn up all kinds of emotions in those who listen. They make you think. Even cry.

His beat-up, twelve-string guitar looks like a yard-sale reject: it’s covered with surfing stickers, duct tape, and “graffiti” from friends (notes, doodles, and autographs). Amazingly, though, he manages to pull incredible beauty out of something so ugly.

This guy is talented, yet — like his guitar — his life is pretty messy. It started out that way.

His mom and dad abandoned him when he was a small boy, pawning him off on his grandparents. There he was, just out of diapers and barely able to talk, and his young heart was already torn and bruised. He actually started believing that he was so unlovable, so flawed, that his parents couldn’t stand to be around him. And when they ended up getting a divorce, he blamed himself for that too. Slowly a toxic mix of shame, self- loathing, and rage began to bubble inside.

Things got messier through the years, mostly because of alcohol and drug abuse during his teen years. He plunged deep into the Rastafari movement as a young man, searching for meaning to his life, but he ended up becoming more confused (not to mention really, really high all the time). He hit rock bottom at age twenty-four and spent time behind bars for using and dealing drugs.

And then he met Jesus.

After that, everything began to fall in place… right? He did a “Christian 180,” and now he has a perfect life.

Despite ten years of “trying to get things right,” his life is still pretty messy.

He reads his Bible, he prays, he devours every spiritual growth book he can get his hands on, he serves in church, he hangs out with Christ-following friends — he does all kinds of Christian things that Christians are supposed to do, and yet he still slips on life’s messes and falls flat on his face.

In fact, he’s even dealing with some new twists to a bunch of old problems: abandonment (this time by his wife), divorce (this time his own), and imprisonment (this time by his emotions). As for that toxic shame thing, it’s still pooling and swirling inside. On some occasions, usually during weak moments, it gets the best of him. Old habits and negative ways of thinking seem to take over, and before he realizes it, he has lost the day spiritually.

Here’s what’s changed during his decade of walking with Jesus: he doesn’t try to hide his mess.

He’s actually pretty open about it, and he even writes songs about the things that trip him up. This brings out a sigh of relief in some believers who have heard his story. I’m not alone! they tell themselves. I can stop pretending that I have it all together, and I can start living with authenticity just like this guy. I don’t have to be afraid anymore. I can take a step toward God, warts and all.

Others, though, write off his life as yet another depressing story and even label him hypocritical, phony, or backslidden.

I think we should lean toward the first group, knowing that God can fix a crazy life. That’s the hope in Christ we need to communicate.

Following Christ is about authenticity, not performance.

It’s more about the everyday journey than a level of achievement. Even though your hang-ups and my hang-ups may be different from this guy’s, the fact is, we all still get hung up from time to time. Even as Christ-followers, we don’t always keep it together. And if we’re honest with ourselves, we know:

We have a messy faith and a messy life.
We fall flat on our faces — more often than we care to admit. We desperately need a Savior.

If we’re honest with ourselves, we know we’re all a little bit like this guy.

“There are a lot of broken people in this world,” he once said. “I’d say that all are broken, but only a few admit it. We like to believe we’re okay — that we have it all together; it makes us feel better about ourselves. I’ve learned that it’s okay to be broken. When we get to this point, we can put away all the junk that gets in the way — our efforts to ‘get things right,’ and to ‘do Christian things’… our pride, our stubborn wills, our attempts to control everything and everyone. God is our Healer. He can accomplish in us what we cannot do on our own.”1

Wise words we need to share with a broken and hurting world.

Lord, I know we’re all broken, and we all need You. Thank You for fixing my sometimes-crazy life. Don’t let me get buried in shame; rather, let it help me communicate Your hope with a broken world. Bring people on my path who need a healing touch. Empower me to love, share, and care. Amen.

Is your life messy? Is it a little crazy? Don’t be ashamed. Take it to Jesus. Let’s go out into the world sharing that God understands mess and loves us all, through our hurts and disasters. Come share your thoughts with us. We want to hear from you. ~ Devotionals Daily