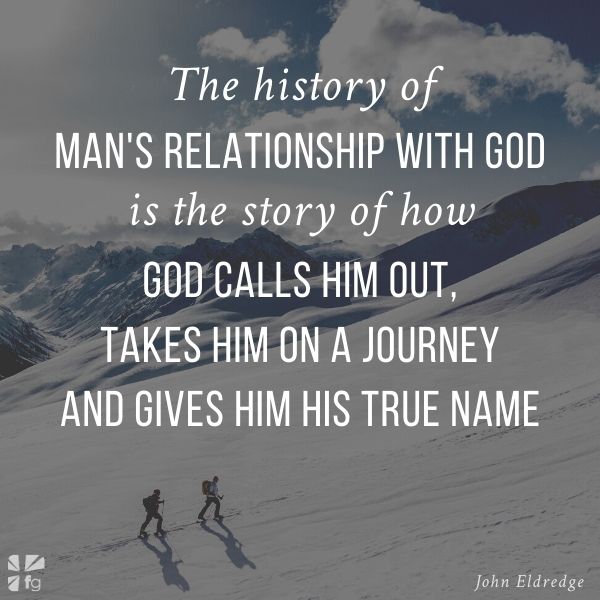 And I don’t mean “know” in the modernistic, rationalistic sense. I don’t mean that the thought has passed through your cerebral cortex and you’ve given it intellectual assent, the way you know about the Battle of Waterloo or the ozone layer — the way most men “know” God or the truths of Christianity. I mean a deep knowing, the kind of knowing that comes when you have been there, entered in, experienced firsthand in an unforgettable way. The way “Adam knew his wife” and she gave birth to a child. Adam didn’t know about Eve; he knew her intimately, through flesh-and-blood experience at a very deep level. There’s knowledge about and knowledge of. When it comes to our question, we need the latter.

In the movie Gladiator, set in the second century A.D., the hero is a warrior from Spain called Maximus. He is the commander of the Roman armies, a general loved by his men and by the aging emperor Marcus Aurelius. The emperor’s foul son Commodus learns of his father’s plan to make Maximus emperor in his place, but before Marcus can pronounce his successor, Commodus strangles his father. He sentences Maximus to immediate execution and his wife and son to crucifixion and burning. Maximus escapes, but too late to save his family.

Captured by slave traders, he is sold as a gladiator. That fate is normally a death sentence, but this is Maximus, a valiant fighter. He more than survives; he becomes a champion. Ultimately he is taken to Rome to perform in the Colosseum before the emperor Commodus (who of course believes that Maximus is long dead). After a remarkable display of courage and a stunning upset, the emperor comes down into the arena to meet the valiant gladiator, whose identity remains hidden behind his helmet.

COMMODUS: Your fame is well deserved, Spaniard. I don’t believe there’s ever been a gladiator that matched you… Why doesn’t the hero reveal himself and tell us all your real name? (Maximus is silent.) You do have a name?

MAXIMUS: My name is Gladiator. (He turns and walks away.)

COMMODUS: How dare you show your back to me?! Slave! You will remove your helmet and tell me your name.

MAXIMUS: (Slowly, very slowly, he lifts his helmet and turns to face his enemy.) My name is Maximus Decimus Meridius; Commander of the Armies of the North; General of the Felix Legions; loyal servant to the true emperor, Marcus Aurelius; father to a murdered son; husband to a murdered wife; and I will have my vengeance, in this life or in the next.

His answer builds like a mighty wave, swelling in size and strength before it crashes on the shore. The man knows who he is, what he’s made of.

But as a young man recently lamented to me, “I’ve been a Christian since I was five — no one ever showed me what it means to really be a man.” He’s lost now. He moved across the country to be with his girlfriend, but she’s dumped him because he doesn’t know who he is and what he’s here for. There are countless others like him, a world of such men — a world of uninitiated men.

The church would like to think it is initiating men, but it’s not. What does the church bring a man into? What does it call him out to be? Moral. That is pitifully insufficient. Morality is a good thing, but morality is never the point. Paul says the Law is given as a tutor to the child, but not to the son. The son is invited up into something much more. He gets the keys to the car; he gets to go away with the father on some dangerous mission.

Where do we go? To whom can we turn? To a most surprising source.

How God the Father Initiates a Man

A number of years ago, at a point in my own journey when I felt more lost than ever, I heard a talk given by Gordon Dalbey, who had just written Healing the Masculine Soul. He raised the idea that despite a man’s past and the failures of his own father to initiate him, God could take him on that journey, provide what was missing. A hope rose within me, but I dismissed it with the cynicism I’d learned to use to keep down most things in my soul.

Several weeks, perhaps months later, I was downstairs in the early morning to read and pray. As with so many of my “quiet times,” I ended up looking out the window toward the east to watch the sun rise.

I heard Jesus whisper a question to me: “Will you let Me initiate you?” Before my mind ever had a chance to process, dissect, and doubt the whole exchange, my heart leaped up and said yes.

“Who can give a man this, his own name?” George MacDonald asks. “God alone. For no one but God sees what the man is.” He reflects upon the white stone that Revelation includes among the rewards God will give to those who “overcome.” On that white stone there is a new name. It is “new” only in the sense that it is not the name the world gave to us, certainly not the one delivered with the wound. No man will find on that stone “mama’s boy” or “fatty” or “seagull.” But the new name is really not new at all when you understand that it is your true name, the one that belongs to you, “that being whom He had in His thought when He began to make the child, and whom He kept in His thought throughout the long process of creation” and redemption. Psalm 139 makes it clear that we were personally, uniquely planned and created, knit together in our mother’s womb by God Himself. He had someone in mind and that someone has a name.

That someone has also undergone a terrible assault. Yet God remains committed to the realization of that same someone. The giving of the white stone makes it clear — that is what He is up to.

The history of a man’s relationship with God is the story of how God calls him out, takes him on a journey and gives him his true name. Most of us have thought it was the story of how God sits on His throne waiting to whack a man broadside when he steps out of line. Not so. He created Adam for adventure, battle, and beauty; He created us for a unique place in His story and He is committed to bringing us back to the original design.

So God calls Abram out from Ur of the Chaldees to a land he has never seen, to the frontier, and along the way Abram gets a new name. He becomes Abraham. God takes Jacob off into Mesopotamia somewhere, to learn things he has to learn and cannot learn at his mother’s side. When he rides back into town, he has a limp and a new name as well.

Even if your father did his job, he can only take you partway.

There comes a time when you have to leave all that is familiar, and go on into the unknown with God. Saul was a guy who really thought he understood the story and very much liked the part he had written for himself. He was the hero of his own little miniseries, “Saul the Avenger.” After that little matter on the Damascus road he becomes Paul; and rather than heading back into all of the old and familiar ways he is led out into Arabia for three years to learn directly from God.

Jesus shows us that initiation can happen even when we’ve lost our father or grandfather.

He’s the carpenter’s son, which means Joseph was able to help him in the early days of his journey. But when we meet the young man Jesus, Joseph is out of the picture. Jesus has a new teacher — his true Father — and it is from Him He must learn who he really is and what he’s really made of.

Initiation involves a journey and a series of tests, through which we discover our real name and our true place in the story.

Most of us have been misinterpreting life and what God is doing for a long time.

“I think I’m just trying to get God to make my life work easier,” a client of mine confessed, but he could have been speaking for most of us. We’re asking the wrong questions. Most of us are asking, “God, why did you let this happen to me?” Or, “God, why won’t you just…” (fill in the blank — help me succeed, get my kids to straighten out, fix my marriage — you know what you’ve been whining about). But to enter into a journey of initiation with God requires a new set of questions:

In truth, God has been trying to initiate you for a long time. What is in the way is how you’ve mishandled your wound and the life you’ve constructed as a result.

Excerpted with permission from Wild At Heart by John Eldredge, copyright Thomas Nelson.

Men, do you feel that un-initiation John speaks about? Whether your dad or father figure in your life prepared you for manhood or not, are you longing for God the Father to train you up His way? Come join the conversation on our blog! We would love to hear from you!