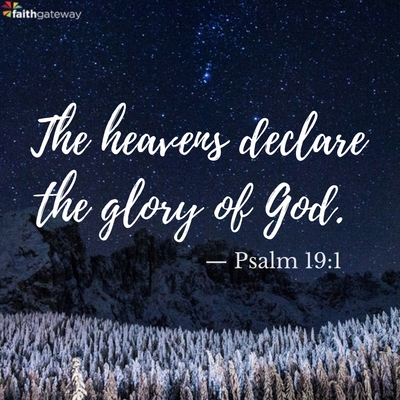 Editor’s note: It’s another Sit & Listen Saturday with Devotionals Daily. We hope you enjoy reading as well as listening to this version of today’s devotion from Max Lucado on our blog, excerpted from his book Because of Bethlehem. You can also listen on your Alexa device by prompting, “Alexa, ask Devotionals to read today’s devotion.”

Ever since the magi packed their bags for Bethlehem, the birth of Jesus has caused people to hit the road. Our Christmas trips have a lot in common with the one of the wise men. We don’t camp with camels, but we have been known to bump into a knobby-kneed in-law on the way to the bathroom. We don’t keep an eye out for star lights, but flashing lights of the highway patrol? We watch for them at every curve. And we don’t ride in a spice-road caravan, but six hours in a minivan with four kids might have made the wise men thankful for animals.

Dads refuse to stop. They hearken back to the examples of their forefathers. Did the pioneers spend the night at a Holiday Inn? Did Lewis and Clark ask for directions? Did Joseph allow Mary to stroll through a souvenir shop on the road to Bethlehem? By no means. Men drive as if they have a biblical mandate to travel far and fast, stopping only for gasoline.

And children? Road trips do to kids what a full moon does to the wolf man. If one child says, “I like that song,” you might expect the other to say, “That’s nice.” Won’t happen. Instead the other child will reply, “It stinks and so do your feet.”

There is also the issue of JBA — juvenile bladder activity. A child can go weeks without going to the bathroom at home. But once on the road, the kid starts leaking like secrets in Washington. On one drive to Colorado, my daughters visited every toilet in New Mexico.

The best advice for traveling with young children is to be thankful they aren’t teenagers. Teens are embarrassed by what their parents say, think, wear, eat, and sing. So for their sakes (and if you ever want to see your future grandchildren), don’t smile at the waitstaff, don’t breathe, and don’t sing with the window down or up.

It’s wiser to postpone traveling with children until they are a more reasonable age — like forty-two.

Christmas and travel. The first has a way of prompting the second and has done so ever since the delegation from the distant land came searching for Jesus. Jesus was born in Bethlehem in Judea, during the reign of King Herod. About that time some wise men from eastern lands arrived in Jerusalem, asking,

Matthew loved the magi. He gave their story more square inches of text than he gave the narrative of the birth of Jesus. He never mentions the shepherds or the manger, but he didn’t want us to miss the star and the seekers. It’s easy to see why. Their story is our story. We’re all travelers, all sojourners.

In order to find Jesus, every one of us needs direction. God gives it. The story of the wise men shows us how.

We have seen His star in the East and have come to worship Him. — Matthew 2:2 NKJV

God uses the natural world to get our attention. Earth and stars form the first missionary society.

The heavens declare the glory of God. — Psalm 19:1 NKJV

The basic reality of God is plain enough. Open your eyes and there it is! By taking a long and thoughtful look at what God has created, people have always been able to see what their eyes as such can’t see: eternal power, for instance, and the mystery of his divine being. — Romans 1:19-20 MSG

God led the wise men to Jerusalem with a star. But to lead them to Jesus, He used something else:

King Herod was deeply disturbed when he heard this, as was everyone in Jerusalem. He called a meeting of the leading priests and teachers of religious law and asked, “Where is the Messiah supposed to be born?” “In Bethlehem in Judea,” they said, “for this is what the prophet wrote: ‘And you, O Bethlehem in the land of Judah, are not least among the ruling cities of Judah, for a ruler will come from you who will be the shepherd for my people Israel.’ — Matthew 2:3-6 NLT

The star sign was enough to lead the magi to Jerusalem. But it took Scripture to lead them to Jesus.

People see signs of God every day. Sunsets that steal the breath. Newborns that bring tears. Migrating geese that stir a smile. But do all who see the signs draw near to God? No. Many are content simply to see the signs. They do not realize that the riches of God are intended to turn us toward Him.

Perhaps you do not understand that God is kind to you so you will change your hearts and lives. — Romans 2:4 NCV

The wise men, however, understood the purpose of the sign.

They followed it to Jerusalem, where they heard about the scripture. The prophecy told them where to find Christ. It is interesting to note that the star reappeared after they learned about the prophecy. The star “came and stood shining right over the place where the Child was” (Matthew 2:9, emphasis mine).1 It is as if the sign and word worked together to bring the wise men to Jesus.

The ultimate aim of all God’s messages, both miraculous and written, is to shed the light of Heaven on Jesus.

They came to the house where the Child was and saw Him with His mother, Mary, and they bowed down and worshiped Him. They opened their gifts and gave Him treasures of gold, frankincense, and myrrh. — Matthew 2:11 NCV

Behold the first Christian worshippers. The simple dwelling became a cathedral. Seekers of Christ found Him and knelt in His presence. They gave Him gifts: gold for a king, frankincense for a priest, and myrrh for his burial.

They found the Christ because they heeded the sign and believed the scripture.

Noticeably absent at the manger were the scholars of the Torah. They reported to Herod that the Messiah would be born in Bethlehem. Did they not read the prophecy? Yes, but they did not respond to it. You’d think at a minimum they would have accompanied the magi to Bethlehem. The village was near enough. The risk was small enough. At worst they would be out the effort. At best they would see the fulfillment of prophecy. But the priests showed no interest. The wise men earned their moniker because they did.

Their hearts were open to God’s gift. The men were never the same again. After worshiping the Christ child, “they departed for their own country another way” (Matthew 2:12 NKJV). Matthew uses the word way in other places to suggest a direction of life. He speaks of the narrow way (Matthew 7:13-14 NASB) and “the way of righteousness” (Matthew21:32). He may be telling us that the wise men went home as different men. Called by a sign. Instructed by Scripture. And directed home by God.

It’s as if all the forces of heaven cooperated to guide the wise men.

God uses every possible means to communicate with you. The wonders of nature call to you. The promises and prophecies of Scripture speak to you. God Himself reaches out to you. He wants to help you find your way home.

Many years ago I watched the television adaptation of the drama The Miracle Worker, the compelling story of two females with great resolve: Helen Keller and Anne Sullivan.

Helen was born in 1880. She wasn’t yet two when she contracted an illness that left her blind, deaf, and mute. When Helen was seven years old, Annie, a young, partially blind teacher, came to the Kellers’ Alabama home to serve as Helen’s teacher.

Helen’s brother James tried to convince Annie to quit. The teacher wouldn’t consider it. She was resolved to help Helen function in a world of sight and sound. Helen was as stubborn as her teacher. Locked in a frightening, lonely world, she misinterpreted Annie’s attempts. The result was a battle of wills. Over and over Annie pressed sign language into Helen’s palm. Helen pulled back. Annie persisted. Helen resisted.

Finally, in a moment of high drama, a breakthrough. During a fevered exchange near the water pump, Annie placed one of Helen’s hands under the spout of flowing water. Into the other hand she spelled out w-a-t-e-r. Over and over, w-a-t-e-r. Helen pulled back. Annie kept signing. W-a-t-e-r.

All of a sudden Helen stopped. She placed her hand on her teacher’s and repeated the letters w-a-t-e-r. Annie beamed. She lifted Helen’s hand onto her own cheek and nodded vigorously. “Yes, yes, yes! W-a-t-e-r.” Helen spelled it again: w-a-t-e-r. Helen pulled Annie around the yard, spelling out the words. G-r-o-u-n-d. P-o-r-c-h. P-u-m-p. It was a victory parade.2

Christmas celebrates a similar moment for us — God breaking through to our world. In a feeding stall of all places. He will not leave us in the dark. He is the pursuer, the teacher. He won’t sit back while we miss out. So He entered our world. He sends signals and messages: H-o-p-e. L-i-f-e. He cracks the shell of our world and invites us to peek into His. And every so often a seeking soul looks up.

May you be one of them.

When God sends signs, be faithful. Let them lead you to Scripture.

As Scripture directs, be humble. Let it lead you to worship.

And as you worship the Son, be grateful. He will lead you home. Who knows? Perhaps before Jesus comes again, we’ll discover why men don’t ask for directions. Then we can pursue the other great question of life: Why do women apply makeup while they are driving? But that’s a question for ones wiser than I.

God will not leave us in the dark. He is the pursuer, the teacher. He won’t sit back while we miss out. So He entered our world.

Excerpted with permission from Because of Bethlehem by Max Lucado, copyright Max Lucado.

People see signs of God every day. Sunsets that steal the breath. Newborns that bring tears. Migrating geese that stir a smile. But do all who see the signs draw near to God? No. Many are content simply to see the signs. They do not realize that the riches of God are intended to turn us toward Him. Today, may we see and recognize signs of God and turn our hearts to worship Him! What signs do you see? Come share with us on our blog. We want to hear from you! ~ Devotionals Daily 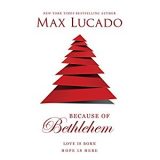