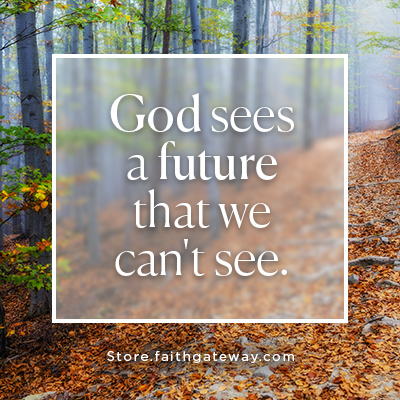 Editor’s note: In a new book, 1% Better: Reaching My Full Potential and How You Can, Too, Nik Nikic shares the incredible story of his son Chris’s journey to become the first person with Down syndrome to ever complete an IRONMAN® triathlon. Philippians 4:13 reads, “ I can do all things through Christ who strengthens me.” You may never be the best, but with God’s help and hard work, you can begin the journey to reach your goals—one confident step at a time.

Too Weak To Nurse

The minute she got home from the hospital, Patty ordered books about raising a child with Down syndrome. One of the best of them was No Easy Answers: The Learning Disabled Child at Home and at School, written by Sally Smith. Down syndrome is all about our five senses — the sense of touch, vision, hearing, smell, and taste. Children with Down syndrome are deficient in some or all of these senses. Patty quickly discovered that her top priority was going to be opening up those senses so that they developed at the highest possible levels they could. Developing Chris’s senses was a critical first step in developing his cognitive ability as well.

Getting nourishment for Chris proved to be extremely difficult. Chris had a “low tone” from head to toe, which meant that his muscles were floppy and hard for him to move. This also meant that he had very poor control in his cheeks, lips, and tongue, making it hard for him to nurse. To overcome his low tone, Patty connected with an oral motor therapist who taught her the physical exercises she would need to do with Chris. These exercises were as basic as putting on latex gloves and manipulating Chris’s mouth, stretching his lips and cheeks from inside his mouth, trying to develop his tone so he would be able to suck in nourishment. She had a very challenging time getting Chris to nurse. Often during a nursing session, he would be overcome with fatigue and simply fall asleep. Patty believed this was because his heart was working so hard for so little nourishment.  There was definitely not a quick fix. The oral motor skills are so vital to growth that Patty had to work with Chris on them for the first twelve years of his life.

When Chris was five months old, he still weighed under ten pounds and clearly was not thriving. We became very worried. Patty took him to see a cardiologist who told us that Chris needed surgery right away. Orlando did not have a neonatal cardiology group that performed surgeries, but about four months earlier, a group of cardiologists from around the country had relocated to set up a practice in Orlando. A baby’s heart at five months is the size of a walnut, so finding a surgeon who has previously worked with patients this young and this small is vital. I tend to be very respectful around doctors, but Patty had enough experience with them to be more comfortable being very direct. We set up a meeting with one of the cardiologists in the new group to talk about Chris.

“How many surgeries like this one have you performed?” Patty asked the doctor. “More than six hundred to date,” he replied.

“Have you ever lost anyone?” Patty continued. “No, not a one.”

That was all Patty needed to hear. On March 5, 2000, Chris had open-heart surgery. While performing the surgery, the doctor discovered that Chris had not one ventricular septal defect but two. The little guy had truly been fighting for his life during those five months, trying to grow healthy with two holes in his heart. The doctor also gave Chris a pacemaker that would be activated in case his heart didn’t work well on its own. After seven days, as the doctors saw irregularities in Chris’s heart, they said there was zero chance his heart would ever work on its own, so they would need to implement a permanent pacemaker. We begged them to give Chris one more day, and we called on our thousands of friends in Amway to pray for him. We were up all night praying for Chris’s heart to heal. The next day, the eighth day since surgery, the doctors came in to implant the permanent pacemaker. We asked them to test Chris one more time. They said there was no reason to test him again because there was no chance he wouldn’t need the pacemaker. Period. End of discussion. But not for us.

We persisted with our plea until they relented and agreed to a final test.

They tested him one more time and said they didn’t understand what they were seeing — everything was fine with Chris’s heart. It was beating by itself, and he would not need the pacemaker after all. But we understood:

God had a vision for Chris and performed a miracle. God could see a future for Chris that we could not see.

He needed a strong and healthy heart so he could one day enter an IRONMAN triathlon.

Since that day, our faith in God has never wavered.

Excerpted with permission from 1% Better: Reaching My Full Potential And How You Can Too by Chris Nikic & Nik Nikic, copyright 2021 by Chris & Nik Nikic.

Praise the Lord! Not everything goes the way we expect. Just when we think we know what God is doing or allowing… we get to trust Him even further for even more. Can you lean into Him for big miracles? Don’t waver in your faith!