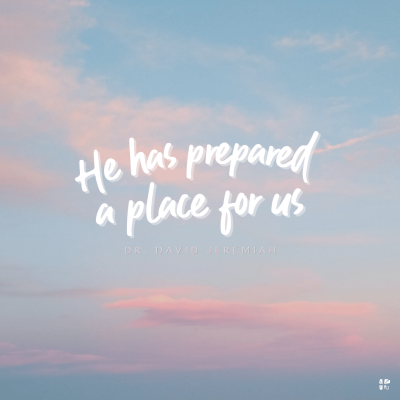 It was a typical October day for Dr. Earl McQuay — until it wasn’t. Dr. McQuay gave a morning lecture to his seminary students at Columbia International University in South Carolina. The subject was the stages of grief. Dr. McQuay was especially interested in equipping his students to minister to parents having to deal with the loss of a child. As part of the class, he read aloud the heart-tugging testimony of a father whose son, a strapping young man, had died following heart surgery.

After class, Dr. McQuay proceeded to the college dining room and was just about to take his first bite of lunch when a secretary appeared by his side. “Dr. McQuay,” she said, “you have an emergency phone call from North Carolina.” McQuay’s heart skipped a beat; his own son, Tim, a newly married medical student, was in North Carolina.

The news was tragic. While adjusting his car’s sound system, Tim had lost control of the vehicle. The crash was severe, and Tim was not expected to survive.

Dr. and Mrs. McQuay immediately rushed to North Carolina. That night in the hospital chapel, they knelt in great pain and with many tears. Lifting their hands to God, they prayed, “Lord, when Tim was a baby we held him up to You and gave him to You. And we have maintained that commitment through the twenty-three years of his life. Again now we lift him to You. You are our sovereign Lord, and Your plan is perfect.”

Looking back, nothing could have prepared the McQuays for the ensuing grief and anguish. Dr. McQuay later wrote, “The theological side of me declares, ‘Tim is alive in Heaven and all is well. Rejoice!’ But there is a humanly frail side of me that cries,

I know that separation is only temporary. Yet I hurt deeply. My strength fails. Dark clouds hide the sun. I feel alone. My heart cries for my son.”1

Like the McQuays, most God-fearing parents experience conflicting emotions when it comes to challenges affecting our families, and especially our children. On the one hand, we understand intellectually that the best thing we can do for our family members is release them to God — release them to follow His plan and encounter His will in whatever ways are necessary. That’s true even when it means allowing our family members to experience painful circumstances that lead to critical lessons learned.

On the other hand, that is easier said than done.

Perhaps the only thing worse than pondering whether God has forgotten us is the idea that God has forgotten those in our family. I’d like to offer three ways you can respond in such moments. You can replace your fear with faith, your sorrow with God’s Word, and your heartache with trust.

The story of Jairus’s daughter documents one of the most memorable teaching moments in the Gospels. Not because of the outcome — yes, a miracle happened when a young girl was raised from the dead, but that is not surprising given the overall context of Jesus’ life and ministry. Instead, the remarkable moment came in the form of an interruption that must have been disturbing if you look at the story from Jairus’s point of view — it taught him to replace fear with faith.

At the time, Jesus was teaching near a synagogue in Galilee when a man named Jairus approached Him. Jairus was the leader of the synagogue, which meant he was part of the religious elite that often opposed Jesus. This time, however, Jairus fell at Jesus’ feet and

begged Him to come to his house, for he had an only daughter about twelve years of age, and she was dying. — Luke 8:41-42

Jesus agreed to go with this man, and they set off through the crowd.

While on the way to Jairus’s house, another event occurred. A woman who had suffered from “a flow of blood” for twelve years approached Jesus through the crowd and stealthily touched His robe (Luke 8:43). This was significant because the woman’s condition likely meant she had been ritually unclean for all of those twelve years — unable to attend worship or make sacrifices at the temple, and unable even to touch other people. By touching Jesus, she was taking an incredible risk.

You’ve likely heard or read the rest of her story:

Jesus said, “Who touched Me?”
When all denied it, Peter and those with Him said,

“Master, the multitudes throng and press You, and You say, ‘Who touched Me?’”

But Jesus said, “Somebody touched Me, for I perceived power going out from Me.” Now when the woman saw that she was not hidden, she came trembling; and falling down before Him, she declared to Him in the presence of all the people the reason she had touched Him and how she was healed immediately.

All this was great news for the unnamed woman, and the incident revealed both Jesus’ power and His compassion.

But what about Jairus? Try to replay those events from his point of view. Would you be pleased if your daughter was on the point of death, you had finally convinced the one Person who could help to come and see her — and then someone else jumped in front of you with their problems and their concerns? Would you wait patiently while Jesus asked His questions, chatted with Peter, and then continued to engage with this unknown woman? This woman who had just broken many of the social and religious rules of her culture?

For Jairus, it must have seemed like Jesus had forgotten all about his little girl.

And then everything got much, much worse:

While He was still speaking, someone came from the ruler of the synagogue’s house, saying to him, ‘Your daughter is dead. Do not trouble the Teacher,’” — Luke 8:49

Those words apply to anyone who wonders whether God has forgotten about their family members.

Do not be afraid. Only believe.

The reality is plain and simple: If you could solve the problems your loved ones are facing, you would have done so by now. If those same loved ones were able to navigate themselves through life without experiencing any pain or difficulty, they would certainly do it. Therefore, there comes a time when “doing” is no longer helpful and when fear exacerbates our anxiety.

In such moments, faith is the answer. Belief in God’s goodness and care is not simply an option — it is the only option that can produce any good. Make the choice of intentionally replacing your fear with faith.

Sadly, there are times when God’s good and perfect will does not include healing on earth for those we love. Instead, their healing comes in Heaven — which means there are times when we lose the very people we are sure we could never live without. Because of that reality, I want to offer a special note to parents who have endured the death of a child.

Sometime after his son’s death, Dr. Earl McQuay wrote a small book titled Beyond Eagles: A Father’s Grief and Hope in which he listed five realities that provided immense comfort to his heart and to his wife’s. I offer a summary of those realities in the hopes that they will be a road map to comfort for those who long to find it.

The first reality is Scripture. The infallible Word of God served as firm ground on which Dr. McQuay and his wife could withstand the hurricane of tragedy that swept over their souls. They found verses, claimed promises, studied truths about Heaven, and drew near to the Lord day by day within the covers of His Book.

The second is prayer. Through prayer, they could cry out before the throne of God, knowing He sympathized with their weaknesses. They also felt the support of many others who were praying for them. In prayer we are able to rest in God’s arms, find comfort in His presence, pour out our hearts to Him, and trust Him to turn our heartaches into memories — and ultimately into praise.

The third is friends. “At the time of our greatest need,” wrote McQuay, “the members of the Body of Christ came to our relief. Their many cards, letters, flowers, food, memorial gifts, calls and prayers encouraged us and aided the healing process.”

The fourth is memories. Dr. McQuay and his wife relished the twenty-three years they had enjoyed with Tim. Nothing could take away those smiles, laughs, and good times.

For the Christian, death is not a period but a comma in the story — only a pause; and all our separations are temporary.

Christians part only to meet again.2

My words can never reduce a parent’s pain, but I believe with all my heart that God’s Word can impart eternal comfort. He who said, “Let the little children come to Me” (Mark 10:14) is preparing an everlasting city where friendships will never end, relationships will never sour, separations will never divide, and death will never intrude.

Our time on earth is but a moment, and then we’re gone. But our God is from everlasting to everlasting, and He has prepared a place for us. Let’s comfort one another with His Word.

Therefore, take a step back and choose to trust God.

Excerpted with permission from God Has Not Forgotten You by Dr. David Jeremiah, copyright David P. Jeremiah.

God has not forgotten you. You are always on His mind. He loves you more that you can possibly imagine. He wants the very best for you. Trust Him! Come share your thoughts with us. We want to hear from you! ~ Devotionals Daily