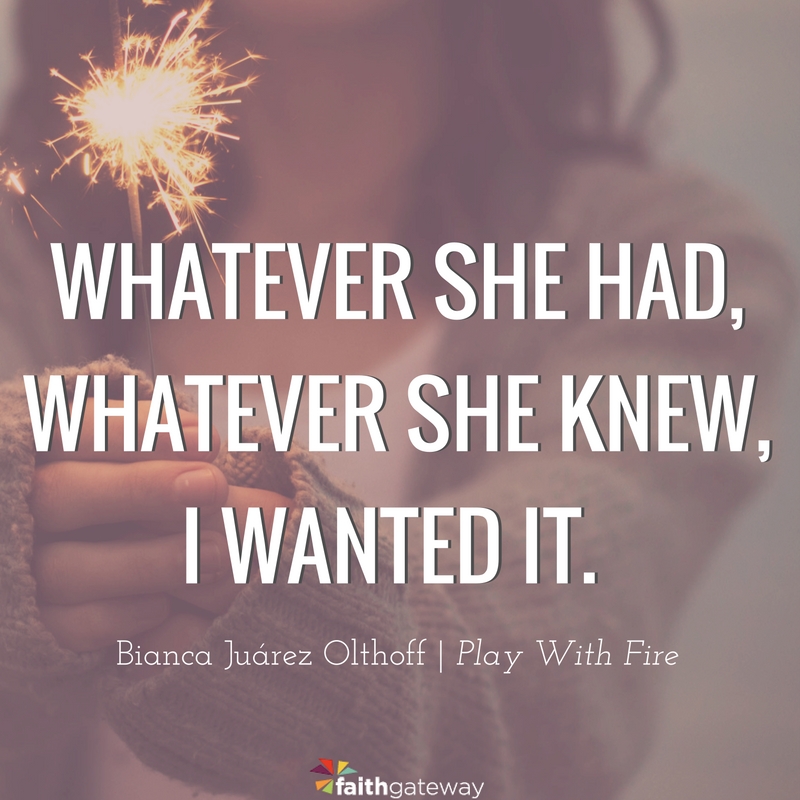 The second night of the retreat, the auditorium was packed for the evening session. Kathy (the speaker) taught from the book of Ephesians about faith and being rooted in God’s word. At the end of her teaching, she invited the worship team to lead us in a time of worship and waiting. Waiting, she said, for God to speak to us individually and corporately.

That night I heard women cry out for deliverance, seek God’s direction in life, intercede for healing, and believe God for the impossible.

As I watched women go forward for prayer, stand in worship, and cry out to the Lord, I knew something inside me was changing. Women from the church in which I grew up surrounded me. I saw their lives and knew what many of them endured. Some carried emotional scars from affairs; some had lost loved ones; some endured sickness or financial hardship. They had survived their own fires, and they had come out stronger and more beautiful because of their suffering. Their scars testified to their survival. They stood in an act of worshipful defiance. Nothing — not pain or sickness or lack or want — kept them from believing God has been, will be, and is capable of doing impossible things.

In a moment of clarity, I realized that the fire I thought was destroying my life was actually refining it.

The eyes of the Lord run to and fro throughout the whole earth, to show Himself strong on behalf of those whose heart is loyal to Him. — 2 Chronicles 16:9 NKJV

God demonstrated His goodness and love to these women, put the wonders of His Word on display for them. And now, His eyes looked upon those who’d seen His goodness. I wanted to see, know, feel, and hear this God. I wanted my own Red Sea deliverance.

Kathy stood next to the worship team and spoke words of truth, words of prophecy, and words of encouragement over the women in that packed auditorium. Her words were familiar, but it felt like she spoke ideas and thoughts straight from Heaven, which was confusing to me. I grew up in a theologically conservative household, so I didn’t have a good framework for understanding prophetic gifts (WHAT DO PROPHETIC GIFTS EVEN MEAN?!), but Kathy kept bringing everything back to Scripture. She’d say she had a word of knowledge or an exhortation (like Paul spoke about in 1 Corinthians 12), and then she either explained what spiritual gifts were being used or cited a Scripture to support her statement.

She opened her Bible and read Scripture out loud, proclaiming particular promises over these women, for particular people in various situations. She zeroed in on wayward children, health, encouragement, and promises from God. Skeptical by nature, I watched cautiously as women stood for prayer when Kathy asked if a particular verse or prophetic word was for them. In the back of the room, away from most of the women, I thought to myself, This could all be a joke. How do we know these words of prophecy and promises of healing are for these women? Is this even real?

As I skeptically surveyed the room, I heard Kathy read a verse about healing while placing a hand on her throat. She said she was feeling something in her throat, and that someone needed healing for a specific issue in that area. The woman in front of me leaned toward her friend and said, “God spoke to me, and I heard the same thing.”

How was everyone hearing from God, but I was spiritually deaf? Was I a bad Christian? Did I not have faith? Was I being punished? Did my hesitation and skepticism disqualify me from playing with the big kids?

Kathy didn’t make the night about her. She never said she was going to heal people or pray for people; she knew the body of Christ was stronger than any one individual could ever be.

As I sat in that darkened room, I suddenly thought of Tasha Gomez, a girl in my youth group who came to me on a weekly basis asking for prayer for her mother. Week after week, she met me after service to pray for her mother until her mother was finally diagnosed with thyroid cancer and scheduled for surgery the following week. The next thing I knew, I was seeing Tasha’s mother stand up on the far side of the auditorium and walk forward for prayer. I had no idea she was at the retreat. Just a coincidence, I thought to myself. The woman for whom I had been praying, the one just diagnosed with thyroid cancer, happened to be at the retreat, and coincidentally, God let Kathy in on the secret. The Holy Spirit revealed to Kathy that someone in that room needed specific healing, and she spoke it out in faith.

Just a coincidence. No matter how much I talked myself into believing it was all just random and coincidental, I couldn’t help but believe Kathy was right, that God really wanted to speak to us both individually and corporately. What I didn’t know at the time was that the Gomez family was dealing with much more than cancer. Tasha’s dad was a closet alcoholic, and her brother was in and out of jail. But Tasha stood alongside her mother and faithfully prayed for something to change in her household. Although Tasha knew God could heal their family, Mrs. Gomez’s cancer was the blow they didn’t see coming. Tasha’s father, devastated by the cancer diagnosis, stopped going to church and abandoned his belief in God.

On the Tuesday following the retreat, I received a phone call from Tasha. The doctors were confused and needed to run more tests. The desperation in her voice and her quavering words reminded me of Kathy at the retreat. In my mind’s eye, I traveled back to the auditorium and saw Kathy reach for her throat and pray in faith for healing. I told Tasha I would keep her mom in prayer and see her the next day at youth group.

The next night, Tasha came into our old youth sanctuary that smelled like teens (a mixture of sugary body sprays, chips, and pubescent body odor) and ran to me. With tears running down her face and wonder in her eyes she said, “B, it’s gone! The doctors can’t find the cancer! My mom is healed!” She hugged me, and we laughed until we cried and then cried until we laughed.

But more miraculous than Mrs. Gomez’s supernatural healing was the supernatural transformation of Tasha’s father. For months, her father resented the family for going to church and turned to alcohol to assuage his pain. But after his wife’s healing, the same man who denied the existence of God stood in the doorway of the youth sanctuary asking our youth pastor to pray with him. Clutching his jacket in one hand and a child’s Precious Moments Bible in the other, he asked if God was powerful enough to heal him too.

I stood there in shock and awe and remembered the night at the retreat. God was on the move. I felt it, I heard it, I knew it, I saw it. I didn’t want to analyze or dissect Kathy’s faith; I wanted to emulate it. Whatever she had, whatever she knew, I wanted it. I wanted more of it.

Watch the Video for Play With Fire

Do you believe that God is on the move in your life, too? Do you want to know the Holy Spirit and hear His voice? Do you want more of Him? Come share your thoughts with us on our blog. We want to hear from you!