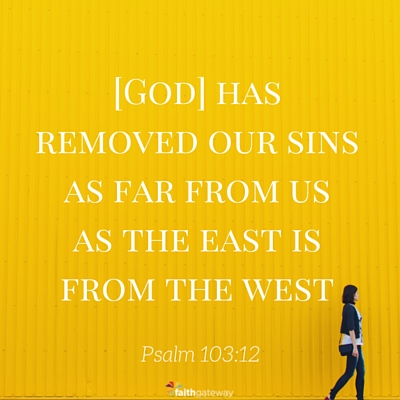 My friend and his wife were both standing there, and with tears in his eyes, the father-in-law had said, “Thank you for loving my daughter — especially with all her idiosyncrasies.”

Idiosyncrasies? The compliment was going great until he said that. What does that even mean? My friend thought it was hilarious. His wife — not so much.

Here’s the deal. We all have idiosyncrasies. Quirks. Flaws. Peculiarities. We all have little things — or big things — that bug us about who we are. Maybe it’s shyness. Maybe it’s overconfidence. Maybe it’s a lack of musical ability or athletic prowess. Maybe speaking in public terrifies us, or maybe we enjoy being the center of attention a bit too much. Maybe we have a short temper or a big mouth — or both.

Time after time, our weaknesses get us in trouble. They embarrass us. We wish we could get rid of them, but they don’t seem to be going anywhere soon.

I’m convinced that God doesn’t just love the good parts of our lives. He loves our weaknesses and failures as well.

That sounds wrong, doesn’t it? How can God love the parts of us that aren’t perfect? The areas that bother us? The things we hate about ourselves?

I’m not saying He loves sin, of course. Sin isn’t part of us. Sin is an intruder and a destroyer. It wasn’t part of God’s plan for us, and He is committed to helping us overcome it. But not every weakness is sin. Not every flaw is an intruder. And not every idiosyncrasy is going to go away.

And God’s okay with that. He loves us just as we are. David wrote this:

[God] has removed our sins as far from us as the east is from the west. The Lord is like a father to his children,

tender and compassionate to those who fear Him. For He knows how weak we are; He remembers we are only dust. — Psalm 103:12-14

Notice that God removes our sins. He forgives them, He forgets them, and He helps us live free from them. But He doesn’t necessarily remove our weaknesses. This psalm says He knows them and He takes them into account — but it doesn’t say He always fixes them.

That’s an important distinction, because sometimes we think that God doesn’t like us because we have weaknesses. Because we have tendencies toward sin. Because we still struggle with temptation, and we often lose the fight. Sometimes we think that God would love us more if we were better people. So we focus on what is lacking and obsess over what is missing. We are convinced that if we can just improve a bit, we will convince God to accept us more.

I’ve got news for you. He already accepts you as much as He will ever accept you. He already loves you as much as He will ever love you. Maybe, just maybe, you need to accept and love yourself. Maybe you need to learn to listen to what God is saying about you, and then let that trump your thoughts, your emotions, and your judgments about yourself.

What if the things that bug you are the things that God loves the most? What if He has plans to use precisely those things to accomplish His purposes through you? Sure, He’ll probably transform many of your weaknesses over time. But I don’t think He’s in as big a hurry to change you as you are.

God loves all of you. Even your idiosyncrasies.

What are some of your weaknesses or idiosyncrasies that bother you?

Do you think God wants to fix those weaknesses eventually? Explain your answer.

How does the fact that God loves all of you, even your quirks and flaws, help you accept those things and deal with them?

Take a moment to consider Judah’s questions above and share with us on our blog! We would love to hear from you about fully accepting of God’s love… even in our quirkiness! ~ Devotionals Daily