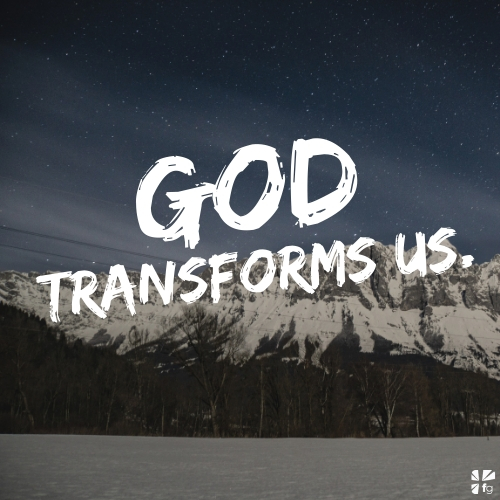 Jesus looked at them and said, ‘With man this is impossible, but with God all things are possible.’ — Matthew 19:26

My friends Bob and Karen had been saving for years so they could finally go on a real vacation alone together. (I teased Bob more than his wife about how their three-night honeymoon at the Howard Johnson down the street didn’t count.) They married young, started having kids soon after, and lived bare bones as Bob worked his entry-level job at the power plant. Eventually, after a few raises and a few more years, they had saved enough money to go on a nice vacation that would double as a makeup honeymoon.

Karen found what they both considered a good deal through a reputable online travel site. They booked a resort in the Caribbean, scheduled their flight, and counted the days until they dropped the kids off with Karen’s sister and took their first-ever real vacation.

The trip started by being everything they had hoped it would be. The weather was perfect. Postcard perfect, the beautiful Caribbean beach glistened as turquoise water kissed white sands. Karen couldn’t believe she was actually taking a vacation in such a beautiful place — it felt like a dream!

Bob was impressed too, but couldn’t enjoy it quite as much as he’d hoped. It was hard to get away from worrying about the amount of money they were spending. The restaurants were so much more expensive than they were at home — a lot more than he’d budgeted — so they tried to make up for it by doing fewer activities. They steered toward the pool and the beach as much as possible. No shopping or souvenir hunting.

Karen didn’t seem to mind, but as they packed up on the last day, Bob feared that she was disappointed. He dreaded getting their next credit-card bills. He’d tried to shield her from the totals that seemed to multiply every time she ordered a Coke or one of those fruity little non-alcoholic drinks with the umbrellas. As they were about to leave for the airport to return home, Bob mentally calculated how much overtime he would need to work to make up for the unforeseen extra money they’d spent.

They stopped by the front desk to check out, and the hotel associate chatted with Bob and asked how they had enjoyed their stay. Bob answered politely enough, and then the young man asked, “Did you enjoy our selection of restaurants? Would you mind filling out a survey?”

“I’m sorry, we didn’t eat here this week,” Bob told him. He didn’t want to say why — that the restaurants at the hotel looked too fancy and expensive. No point in telling him that they had found a Subway for lunch most days and some different restaurants in the evenings, and even these were too expensive.

The hotel clerk looked quizzically at Bob, then started clicking on the computer.

“Uh, sir… you and your wife booked an all-inclusive vacation here. That means that all of your meals were included with your stay. Yet it appears that you didn’t eat with us even once. I hope you’ll reconsider and try our food on your next visit.”

Bob had missed a few important details when they booked their vacation. The fine print. And their lack of knowledge caused them to miss out on a huge benefit. A huge loss.

I know this story sounds crazy. In this day and age, with everyone trying to stretch their dollar as far as it can go, who would book a vacation without knowing what is included? But hold that thought. Even though we’re constantly bombarded with information, we often become overwhelmed and fail to comprehend all that we’re told. And some of the information we miss could improve our life in dramatic ways — much more than just free buffets and endless refills by the pool.

You see, some of us go through life without knowing what blessings are available to us — without knowing or believing what can actually be “included.” Scripture warns us,

My people are destroyed from lack of knowledge. — Hosea 4:6

As a pastor, I’ve noticed that some people lack the knowledge and understanding that real change is possible.

No matter what you’ve done, what you haven’t done that you think you should have, or what others have done to you — you can change.

I know, as a pastor I’m supposed to say something like this. But it’s true.

Maybe you’re thinking, Well, I’ve tried to change — I really have. But I… just… couldn’t. Maybe you’re thinking of how you tried to lose weight or quit smoking. You know, something like, “Sure, I tried going on a diet. More than once. I tried a lot. It didn’t work.” Or, “I stopped smoking for about three weeks. But then I got stressed out at work and… it just didn’t stick.” Maybe it’s your default reaction that you’ve tried to alter: “I was doing really good not yelling at my kids, and then Jimmy lied to me, and I flew off the handle.”

And you know what? You’re right. You will never change by your own power.

We can’t change ourselves, but God can transform us.

Unfortunately, many people struggle with this truth, not allowing it to seep into the fiber of their being. They might even believe it as a concept or scriptural truth, but they don’t think it applies to them. Instead of experiencing the transformative power of a “but God” encounter, they use “but God” to make excuses for their lack of faith and lack of action. Much like a child might say, “But MOM! I’m tired. I don’t want to clean my room!” Or “But Da-ad! You don’t understand! Everyone else is going! Why can’t I?” They say:

“But God, my marriage is beyond repair.”

“But God, my teenager is strung out on drugs.”

“But God, I’ve been addicted for twenty years.”

“But God, I’ve tried everything. I’m afraid this might just be who I am — or at least who I’m going to be.”

If any of these sound familiar to you, remember, you can’t change — but GOD can change you! He changes everything. Don’t let “but God” be a preface for your excuses. Instead, allow God to change what seems impossible into a reminder of his power, glory, and love for you.

God can and wants to heal you and make you whole. We can’t do it on our own… but, God! He can! Have you seen Him do that in your own life? In what area of your life are you stuck? What needs to be transformed by Him? Come share with us on our blog. We want to hear from you! ~ Devotionals Daily