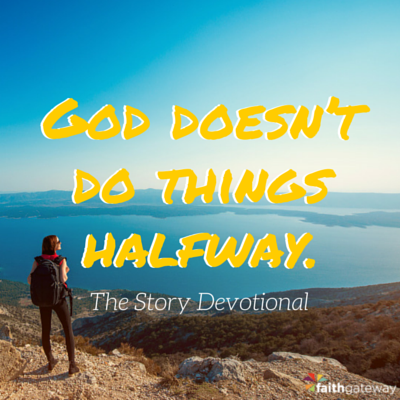 The Lord said to Moses, “Stretch out your hand over the sea so that the waters may flow back over the Egyptians.” Moses stretched out his hand over the sea, and at daybreak the sea went back to its place. The water covered the chariots and horsemen — the entire army of Pharaoh. Not one of them survived. — Exodus 14:26-28

What have I done? It seemed like such a good idea at the time.

Thoughts like that may have been going through Pharaoh’s mind as the dust settled, the dust from the horrifyingly apocalyptic night and Israel’s departure. Every family was grieving the heart-wrenching loss of their firstborn, but life must go on. But how could it now that Egypt’s workforce had left? The nation’s economy would collapse. Those Hebrew slaves must be brought back!

So Pharaoh and his army pursued them.

Thanks to God’s intervention, the people of Israel had crossed the Red Sea on dry ground.

When the Egyptians followed, God “jammed the wheels of their chariots” (Exodus 14:25). Suddenly the Egyptians were keenly aware that the Sender of the plagues was continuing to act on behalf of His people, but their realization came too late.

“Not one of them survived.”

If you find yourself questioning a decision, look to the Lord for guidance and remember that He is in control.

Are you aware that God is working things out on behalf of you, even when it doesn’t appear that way, because you are His? How have you seen the Lord exhibit his omnipotence and control in a situation that seemed impossible? Come join the conversation on our blog! We want to hear your thoughts!