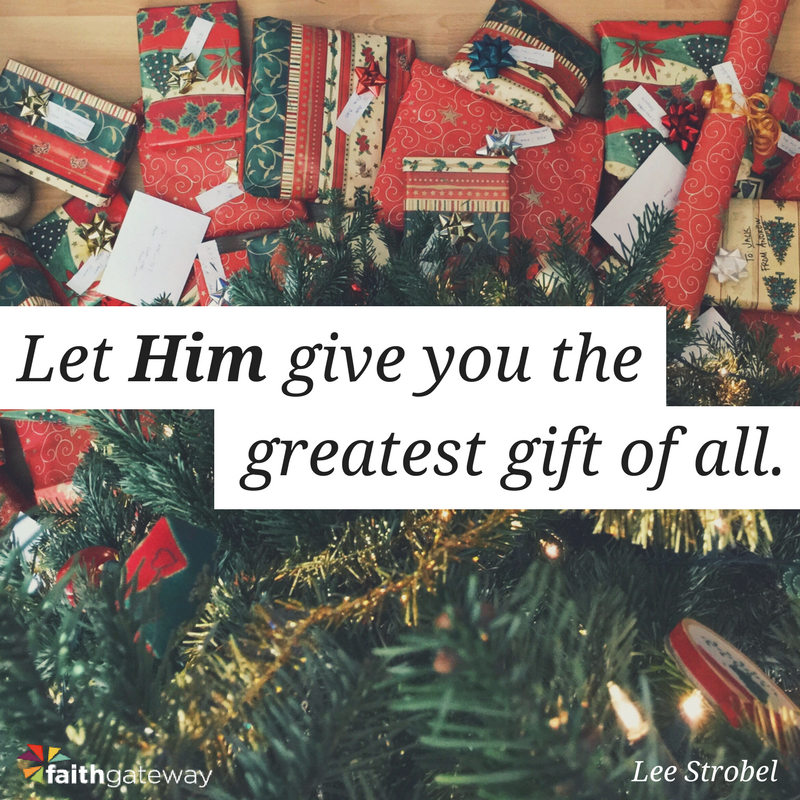 After spending nearly two years investigating the identity of the Christmas Child, I was ready to reach a verdict. For me, the evidence was clear and compelling. Yes, Christmas is a holiday overlaid with all sorts of fanciful beliefs, from flying reindeer to Santa Claus sliding down chimneys.

But I became convinced that if you drill down to its core, Christmas is based on a historical reality — the incarnation: God becoming man, spirit taking on flesh, the infinite entering the finite, the eternal becoming time-bound.

It’s a mystery backed up by facts that I now believed were simply too strong to ignore.

I had come to the point where I was ready for the Christmas gift, the Christ Child, whose love and grace are offered freely to everyone who receives Him in repentance and faith. Even someone like me.

So I talked with God in a heartfelt and unedited prayer, admitting and turning from my wrongdoing, and receiving His offer of forgiveness and eternal life through Jesus. I told Him that with His help I wanted to follow Him and His ways from here on out.

There was no choir of heavenly angels, no lightning bolts, no tingly sensations, no audible reply. I know that some people feel a rush of emotion at such a moment; as for me, there was something else that was equally exhilarating: there was the rush of reason.

Over time, however, there has been so much more. As I have endeavored to follow Jesus’ teachings and open myself to His transforming power, my priorities, my values, my character, my worldview, my attitudes, and my relationships have been changing — for the better. It has been a humbling affirmation of the apostle Paul’s words:

Therefore, if anyone is in Christ, he is a new creation; the old has gone, the new has come. — 2 Corinthians 5:17

And now, what about you?

Perhaps, like the first-century sheepherders, your next step should be to further investigate the evidence for yourself. You need to get answers to the spiritual sticking points that are keeping you from following Jesus. It’s my hope that you’ll promise yourself at the outset that when the facts are in, you’ll reach your own verdict in the case for Christmas.

Or maybe you’re more like the magi. Through a series of circumstances, including the reading of this book, you’ve maneuvered your way through the hoopla and glitter and distractions of the holiday season, and now you’ve finally come into the presence of the Baby who was born to change your life and rewrite your eternal destination.

Go ahead, talk to Him. Offer your worship and your life. And let Him give you the greatest gift of all.

Excerpted with permission from The Case for Christmas by Lee Strobel, copyright Zondervan.

Have you received the Greatest Gift of all time? What have you concluded about the Christmas Child? Has Jesus upended your life and given you eternal hope yet? We would love to hear from you! Come leave your comments on our blog! ~ Devotionals Daily