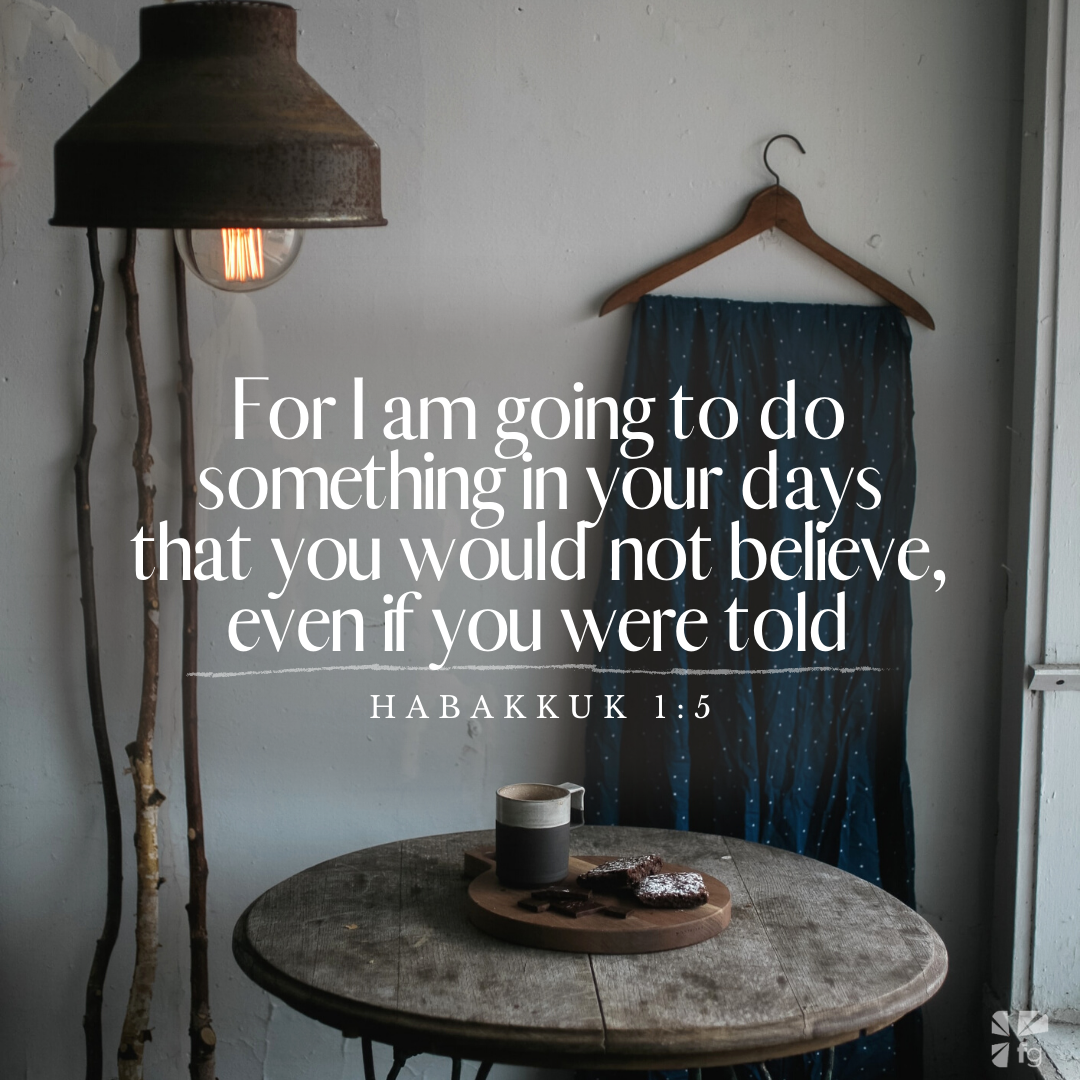 Prophets are supposed to be pious. This prophet was angry.

Prophets are supposed to be reverent. This prophet confronted God.

Prophets are supposed to feel God’s presence when no one else does. This prophet demanded God explain His absence.

He was in many ways an irreverent prophet. His name was Habakkuk.

Habakkuk lived in times of great anguish and oppression. Everywhere he looked, he saw evil triumphing, his enemies winning, and the righteous being oppressed. Maybe more troubling was what he did not see — God. No matter how hard he looked, Habakkuk could not find evidence of God’s presence in the land. In fact, he had all but given up on God.

He had all but given up on God, but that did not mean he said nothing to God. Far from it. Rather than walking away in frustration, Habakkuk did the unthinkable — he confronted God. He confronted his God and angrily placed the blame for his people’s predicament squarely upon the almighty God.

He told God he was tired of crying out for help, only to be ignored.

He blamed God for the violence the people were suffering, because God had not saved them.

He vented at God for tolerating what was happening and for forcing him to be a witness to it all.

He informed God that the wicked were winning, and that he blamed God for it!

What if a true prophet — a true follower of the King — is not designed to stand by while all around them falls? What if we were created to be the ones who walk into the storm to engage — and yes, even confront — the almighty God on behalf of those around us?

What if the One who created us is not unaware of the storm that surrounds us, but rather is desperately searching for someone who will finally run to Him for the purpose of requesting His intervention?

What if He is willing to be confronted by someone He created?

What if the main purpose for the people He created is their interaction with Him?

What if He desires that interaction because it will bring glory and fame to His name?

What if a conduit for His glory and fame is what He has been seeking all along?

What if His hand has been stayed because He is longing — and waiting — for you and me to request it to move?

What if we have had it all wrong?

I have a confession to make. For far too long, I have believed it inappropriate for me to express aloud a feeling that God seems absent. I have bought in to the idea that following Jesus means never grappling with doubt about His level of interaction with my world. Instead, I have waited. I have waited, and I have grown frustrated by the silence.

When Habakkuk dared to confront God, God not only met him but also promised Habakkuk He was going to do something mighty and invited Habakkuk to join Him!

Look at the nations and watch — and be utterly amazed. For I am going to do something in your days that you would not believe, even if you were told. — Habakkuk 1:5

I am ready for that! I am ready for the God of the universe to step in and do something in my day beyond my wildest imagination! In the case of Habakkuk, that mighty move included some significant judgment, and that could be true for our time too. However, it also included a promise to meet Habakkuk on the other side. More important, God’s promise to show up required that Habakkuk step into the line of duty.

Habakkuk had bemoaned the absence of God’s plan. But God’s plan was, in fact, Habakkuk.

I will stand at my watch and station myself on the ramparts. I will look to see what He will say to me, and what answer I am to give to this complaint. — Habakkuk 2:1

I am somewhat surprised He has chosen to use me in this way. But I am ready. In fact, I am desperate for it.

You might be surprised He has chosen you. But it is true — He is calling you. In fact, He is desperate to use you. Are you ready and willing?

If so, it is time to proclaim as Habakkuk did:

“Lord, I have heard of Your fame;

I stand in awe of Your deeds, Lord.

Repeat them in our day,

In our time make them known;

Written for Devotionals Daily by Thann Bennett, author of My Fame, His Fame.

Have you ever complained to God, about God? Have you ever asked Him why He didn’t come to the rescue in a hard situation? Would you dare to try? And then ask Him, “Use me!” Come share your thoughts with us on our blog. We want to hear from you about stepping up the watch! ~ Devotionals Daily