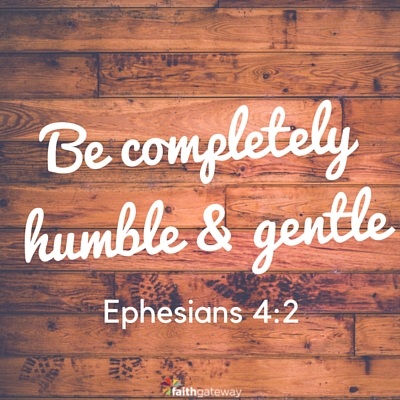 If I were to ask a group of modern parents whether they want their children to have feelings of insignificance, I’m pretty sure that most of them would shake their heads and shout, “No!” But if I were to ask the same parents whether they wanted their children to be humble, they would respond, “Yes, of course.” Humility seems to be an old-fashioned concept, but it’s one I believe still has merit.

Yes, I get that, you’re thinking, but according to the latest magazine article I read, healthy self-esteem will help my children resist negative pressure in the world. They’ll be happier and live a better life. Now we’re all confused.

A Lesson in Humility

My mom taught me a quick lesson in humility that I’ve never forgotten. I was in middle school, had started wearing makeup, and had suddenly gotten really self-conscious about my appearance. I didn’t go anywhere without my pink lip gloss, my Cover Girl face powder, and my hair teased and sprayed just so (it was the ’80s — don’t judge). We were on a road trip, and I had slept in and just climbed into the car without going through my hour-long process of getting ready. We stopped at a gas station, and I needed to go to the bathroom, but I was not about to get out of the van and let other people see me like that. I’m not sure what I planned on doing — holding it for the entire five-hour drive? But I was holding firm; no way was I going in there.

I think at this point, Mom had had enough. She said, “You must think really highly of yourself if you think everyone else is paying that much attention to you to worry about whether you have lipstick on and your hair sprayed.”

What? This was not about me thinking highly of myself; this was about me being self conscious, or so I thought. My mom went on to tell me that no one else was worried about me or what I looked like, and that I just needed to get over myself. She pointed out that most people are too busy thinking about themselves to worry about what anyone else looks like or is doing, and for me to think other people were looking at me that closely was actually a form of thinking too highly of myself.

That struck me hard, and I remember it to this day. I resolved then not to worry so much about how I look or the little things that we think other people are noticing about us, because the truth is, they most likely are not. Of course I like to look nice when I go out in public. I try to look my best when I’m filming the show or doing a red-carpet event. But on many days, I go out with little or no makeup on and my hair in a messy bun. Mom was right — worrying too much about how I look and whether people are judging me is a way of thinking too highly of myself.

I don’t want to be that person.

Our topic of humility must also include a discussion of self-esteem. My grandmother, Mamaw Jo Shackelford, who is very wise, tells me that the term self-esteem didn’t even exist when she was growing up. Neither did it exist when she was raising her children. So the idea of having healthy self-esteem is relativity new in child rearing. In fact, Mamaw Jo says that if she got a new dress and came out to show the family, her grandmother might have told her that it was pretty, but she would definitely have followed the compliment with the caution, “Pretty is as pretty does.” The notion that one’s worth was not to be wrapped up in one’s appearance was the accepted wisdom of the time. Somewhere in the 1960s, the term self-esteem began to move beyond the psychology books and into mainstream language. Self-concept had been studied for many years prior, but it and its brother, self-esteem, were not terms used by common folks. I’m hoping and praying that we as a country have finally figured out that a trophy and a high five for every kid is not the path to healthy self-esteem.

The term self-esteem implies that we esteem ourselves, which is contrary to the biblical view of our importance, as noted in the earlier verses of Scripture. The Bible offers many more verses and examples that show us that esteeming ourselves is not on God’s roadmap to a smoother life. (Check out Numbers 20, where Moses struck the rock instead of speaking to it as God had commanded. When Moses decided to take matters into his own hands, it didn’t work out too well for him.)

The word esteem means “respect and admiration.”1 In the past I’ve been okay with using the phrase self-respect instead of self-esteem. However, when I looked up the definition of respect, it said “to admire.” Then the definition went further, saying “a deep admiration for someone or something elicited by their abilities, qualities, or achievements.”2 In other words, it’s okay to admire yourself if your ability warrants. Hmm… I’m not sure that’s what we’re after either.

Self-esteem can be a tricky subject, but there is nothing tricky about the fact that God’s word calls us to be humble. Ephesians 4:2 tells us,

Be completely humble and gentle; be patient, bearing with one another in love.

Finally, all of you, be like-minded, be sympathetic, love one another, be compassionate and humble.

No matter what all the books out there tell us about building our kids’ self-esteem, the One who created us reminds us that humility should be our goal.

Jesus modeled humility for us.

In your relationships with one another, have the same mindset as Christ Jesus: Who, being in very nature God, did not consider equality with God something to be used to His own advantage; rather, He made Himself nothing by taking the very nature[b] of a servant, being made in human likeness. And being found in appearance as a man, He humbled Himself by becoming obedient to death — even death on a cross! — Philippians 2:5-8

In today’s self-esteem driven culture, how do you practice humility? Come join the conversation on our blog! We want to hear your thoughts. ~ Devotionals Daily 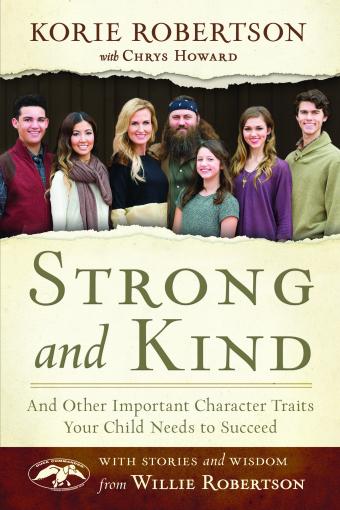