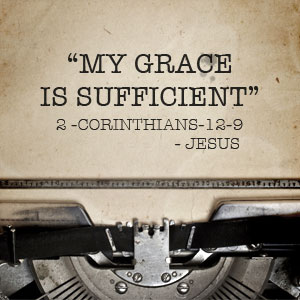 God’s grace is not a gentle shower washing away the problem. It is a raging, roaring river whose current knocks you off your feet and carries you into the presence of God.

Heather Sample suspected trouble the moment she saw the cut on her dad’s hand. The two had sat down for a quick lunch between surgical procedures. Heather spotted the wound and asked him about it. When Kyle explained that the injury had happened during an operation, she suddenly felt sick to her stomach.

Both were doctors. Both understood the danger of treating AIDS patients in Zimbabwe. The virus could spread through contact with a patient’s blood. It destroyed the immune system. It was incurable.

And now one of them had been exposed.

Kyle Sheets was a twelve-year veteran of medical mission trips. I knew Kyle when I was a college student. He married a delightful girl named Bernita and settled down in a small Texas town to raise a family and treat the needy. Turns out, they raised a family that treats the needy. Ten children in all. Each involved in works of compassion. As founder and chairman of Physicians Aiding Physicians Abroad, Kyle spent several weeks a year working in mission hospitals in developing countries. This trip to Zimbabwe was not his first.

Exposure to the AIDS virus was.

Heather urged her father to begin the antiretroviral treatment immediately in order to prevent HIV infection. Kyle was reluctant. He knew the side effects. Each was life threatening. Still, Heather insisted, and he consented. Within hours he was violently ill.

Nausea, fever, and weakness were only the initial signs that something was terribly wrong. For ten days Kyle continued to worsen. Then he broke out in the unmistakable rash of Stevens-Johnson syndrome, which is almost always fatal. They moved up their date for returning to the States and began to wonder if Kyle would survive the forty-hour trip, which included a twelve-hour layover in South Africa and a seventeen-hour flight to Atlanta.

Kyle boarded the plane with a 104.5-degree fever. He shook with chills. By this time he was having trouble breathing and was unable to sit up. Incoherent. Eyes yellowed. Liver enlarged and painful. Both doctors recognized the symptoms of acute liver failure.

Heather felt the full weight of her father’s life on her shoulders.

Heather explained the situation to the pilots and convinced them that her dad’s best hope was the fastest flight possible to the United States. Having only a stethoscope and a vial of heart medicine, she took her seat next to his and wondered how she would pull his body into the aisle to do CPR if his heart stopped.

Several minutes into the flight, Kyle drifted off to sleep.

Heather crawled over him and made it to the bathroom in time to vomit the water she had just drunk. She slumped on the floor in a fetal position, wept, and prayed, I need help.

Heather doesn’t remember how long she prayed, but it was long enough for a concerned passenger to knock on the door. She opened it to see four men standing in the galley. One asked if she was okay. Heather assured him that she was fine and told him that she was a doctor. His face brightened as he explained that he and his three friends were physicians too. “And so are ninety-six other passengers!” he said.

The plane could have been filled with conference-bound circus jugglers. Or tattoo artists. Or professional whistlers. But no, Heather and her dad “happened” to be on a flight with one hundred physicians from Mexico.

Heather explained the situation and asked for the doctors’ help and prayers. They gave both. They alerted a colleague who was a top-rank infectious disease doctor. Together they evaluated Kyle’s condition and agreed that nothing else could be done.

They offered to watch him so Heather could rest. She did. When she awoke, Kyle was standing and talking to one of the doctors. Although still emergency room–level sick, he was much stronger. Heather began to recognize God’s hand at work. He had placed them on exactly the right plane with exactly the right people. God had met their need with grace.

He’ll meet yours as well. Perhaps your journey is difficult. You are Heather on the flight, watching a loved one struggle. Or you are Kyle Sheets, feeling the rage of disease and death in your body. Maybe you’re failing a class or a friend. You’re so overwhelmed you don’t think you can face one more day.

You are fearful and weak, but you are not alone. The words of “Amazing Grace” are yours. Although written in the 1700s, they bring hope like today’s sunrise. “’Tis grace hath brought me safe thus far, and grace will lead me home.” You have His Spirit within you. Heavenly hosts above you. Jesus Christ standing up for you. You have God’s super-powered grace to strengthen and carry you through.

Paul’s life revealed this truth. He wrote, “I was given a thorn in my flesh, a messenger from Satan to torment me and keep me from becoming proud. Three different times I begged the Lord to take it away. Each time he said, ‘My grace is all you need. My power works best in weakness’” (2 Corinthians 12:7–9).

The disease in the body.
The sadness in the heart.
The sister in the rehab center.
The dad moving out.
The D on the report card.
The craving to be one of the cool crowd.
The tears in the middle of the night.
The thorn in the flesh.

“Take it away,” you’ve pleaded. Not once, twice, or even three times. You’ve outprayed Paul. He prayed a sprint; you’ve prayed the Boston Marathon. And you’re about to hit the wall at mile nineteen. This wound oozes pain, and you see no sign of tweezers coming from heaven. But what you hear is this: “My grace is all you need.”

God’s grace wipes out everything else on the landscape. It is not puny but plentiful. Not teeny but torrential. Not mini but majestic. It meets us right now, at our point of need, and equips us with courage, wisdom, and strength. It surprises us in our worst moment with overflowing buckets of faith. His grace is not a gentle shower washing away the problem. It is a raging, roaring river whose current knocks you off your feet and carries you into the presence of God.

With the help of those one hundred doctors, my friend Kyle survived the flight to America and recovered from the reaction. Tests show no trace of HIV. He and Heather resumed their practices with renewed conviction of God’s protection. When I asked Kyle about the experience, he reflected that on three other occasions he has heard an airline attendant ask, “Is there a doctor on board?” In each instance Kyle was the only physician on the flight.

“As Heather wheeled me onto the plane, I wondered if anyone would be on board to help us.” God, he soon discovered, answered his prayer a hundred times over.

He stands ready to do the same for you.

God’s grace is not a gentle shower washing away the problem. It is a raging, roaring river whose current knocks you off your feet and carries you into the presence of God.

Where or who do you turn to when you’re in trouble? What do you most need help with right now? Have you talked to God about it? You’re welcome to leave your answers and comments on our blog! We would love to hear from you! ~ Devotionals Daily 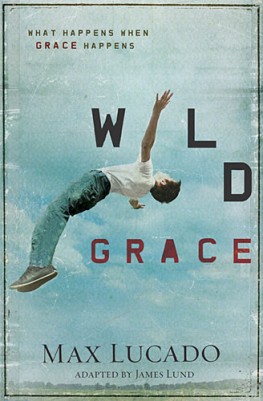