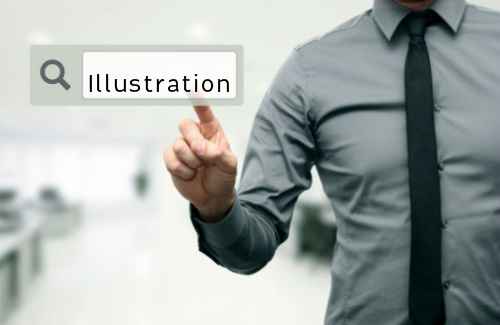 A good illustration has the power to lift an abstract idea to a position of interest and practical application. It can snap a wandering mind back to attention, convince a doubting mind of truth, and clarify a difficult concept.

You can enhance the dynamics of your communication by adopting the practices presented in this chapter for finding, filing, and crafting good illustrations.

Any person who writes or speaks needs to be constantly on the prowl for illustrations. Not just for the project you are working on now, but also for future speeches that have not even been developed yet. You need the eye of the hunter to recognize good illustrations when you see them.

Most of us go through life with a kind of tunnel vision that causes us to pass up hundreds of potentially good illustrations every day. Every time you go for a walk, read a book, listen to a speaker, or go to the supermarket, you are in prime hunting territory to gather excellent illustrations. But you have to know what to look for.

When I first started driving to Estes Park, Colorado, with our staff to do what we now call the SCORRE Conference (Subject * Central Theme * Objective * Rationale * Resources * Evalution), we would pass through some of the finest big game country in the world. Because I have hunted all my life, I have trained myself to be on the lookout for animals at all times. During this beautiful drive I would spot elk or deer standing in the forest near the road. I would jam on the brakes. The car would screech to a halt and I would spend the next fifteen minutes trying to get my staff to see what I had trained my eyes to see. “See the big rock about halfway up the mountain?” I would whisper, pointing frantically in the direction of the rock and the animal standing next to it. “Look just to the left of that big rock, under the tallest pine tree.” Sometimes after physically holding their heads in the direction of the animal and sighting down the part in their hair I could get my friends to see what I saw. Over the years I taught my friends what to look for. Now they spot animals before I do.

Animals, like illustrations, seldom stand out in the open where they can be seen from head to tail. They are partially obscured by trees, bushes, and other vegetation. The hunter develops a sharp eye for the clues that will alert him to the presence of an animal. For example, horizontal lines are a clue. In the forest they are present in only two basic forms: the back of a large animal such as a deer or the line formed by a fallen tree. If you see a horizontal line seventy feet long, it’s not likely to be a deer. However, every horizontal line is worth inspection because a certain percentage of them end up having legs and horns.

The color white is another clue. In the summer, the color white is seldom found in Colorado forests except on the rump of an animal. Close investigation of a small patch of white will often reveal the partially hidden body of an elk or deer. Any patch of white is worth investigating. Black buttons are another clue. In the winter rabbits turn white and are perfectly camouflaged against the snow. But their eyes don’t turn white. Many times I have stared for long minutes at a round black button in the brush only a few feet from where I stood. I couldn’t see a rabbit, only the button. As I stepped forward for a closer look, the button would bounce away, now connected to the totally visible body of a bunny.

The illustrations we encounter in everyday life are like those animals hidden in the forest. They are partially hidden by our preoccupation and the circumstances that surround them. Because we aren’t looking we miss them.

We don’t think of them as good illustrations because they don’t seem dramatic enough. Yet it is this very camouflaging connection with everyday life that makes them real and powerful. Here is an example.

On a long and tiring flight a small child was running up and down the aisles. Although she was a beautiful child, her unsupervised shenanigans were disturbing several passengers. This all came to an abrupt halt when she crawled over an empty seat and fell into the lap of a passenger, putting a bruise on his head in the process.

The passenger called a flight attendant, who quickly brought the child to her mother and instructed her to keep the girl in her seat. The mother sat the child down, pulled the seat belt tight across her lap, and ordered, “Now you sit still.” The girl sat absolutely still, but she had a huge, mischievous grin on her face.

“Why are you smiling?” the mother snapped.

“Because,” the little girl smirked, arms folded across her chest, “I may be sitting on the outside, but on the inside I’m still running around.”

This would be the perfect illustration for a speech on working with teenagers. Many times we restrain the outside behavior without considering what is on the inside. Whether we are trying to teach children proper behavior or communicating expectations to a team of coworkers, we can rest assured they will be dutifully obedient as long as the seat belt is tight. Yet if we do nothing to affect their inner attitudes, the instant the seat belt is released, or when no one is looking, whatever attitude exists on the inside will express itself in outward behavior. What may have seemed like genuine loyalty or commitment will be recognized as only outward compliance. The person who is running around on the inside will eventually run around on the outside.

Stories are the treasured currency of communication.

Train yourself to look for the telltale clues that indicate there might be an illustration hiding nearby. Discipline yourself to look for the signs. Don’t allow people and events around you to slip by unnoticed. Become an observer. Learn to watch people. You will find a rich source of illustrations that you once passed by without even a glance. If you are a public speaker or writer, your radar should be fine-tuned to use every source at your disposal, to keep your eyes open every minute of the day for those experiences and stories that will make your talks unforgettable.

Stories are the treasured currency of communication. Careful observation of human behavior will reveal more illustrations than you can possibly use.

During a trip to Disneyland, as we entered the park I watched a young mother dressed in a bright pink dress escorting her small boy into the park. “Today we are going to see a big duck and a big mouse and go on some fun rides,” she bubbled as they faded into the crowd.

I spotted her pink dress again at the end of the day as we were leaving the park. It had been about ninety-five degrees all day, and the park was saturated with sweaty people. Some rides required more than an hour’s wait in line. After eight hours Pink Mommy had the same energetic little boy by the same arm. But this time she was jerking him along giving him gruff details about what his father was going to do to him when he got home. I’m sure this mother loved her little boy. But her attitude had been severely affected by the temperature, the crowds, and two very sore feet.

I have used this illustration on several occasions to show how quickly we can allow circumstances to control our attitude rather than allowing our attitude to control how we face circumstances. We can’t choose circumstances, but we can choose our attitude. These stories are currency, like a penny on the ground. If you’re not looking for it, you’ll walk right past it. Learn to look for it.

What are the telltale signs to look for? Quite simply it boils down to this: anything that moves you emotionally has the potential to be a powerful illustration. If something catches your attention, if it makes you laugh or cry or want to scream, it has the potential to do the same for your listener. If an event in your everyday life has that effect on you, chances are it will have the same effect on an audience.

Anything out of the ordinary should snap you to full attention. That rude driver who cut you off in traffic, the little boy who asks a bizarre question, the story in the newspaper of the cat who followed a family after they moved five hundred miles away, a powerful blog, a poignant line in a motion picture—all these can provide excellent possibilities for adding light and color to your talks.

YouTube clips and other Internet resources can also be a rich source of illustration. A word of caution, however. The Internet is infected with many stories that are not true. No matter what your source, it is critical to verify, verify, verify. For one of my books I quoted a newspaper article about a reunion between a Vietnam vet and a woman from the village he had bombed. Fortunately I had a good editor. He checked the story only to find that the soldier had made it all up. So be sure you double-check your sources.

Where do you find your best illustrations for speeches or sermons? Do you think storytelling comes naturally for some people or is it a skill that can be cultivated? Leave your comments below – we’d love to hear from you! 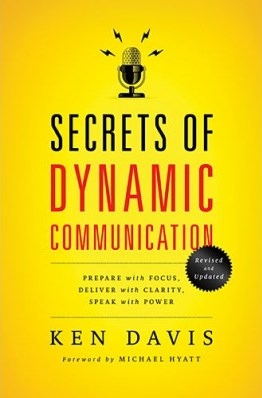