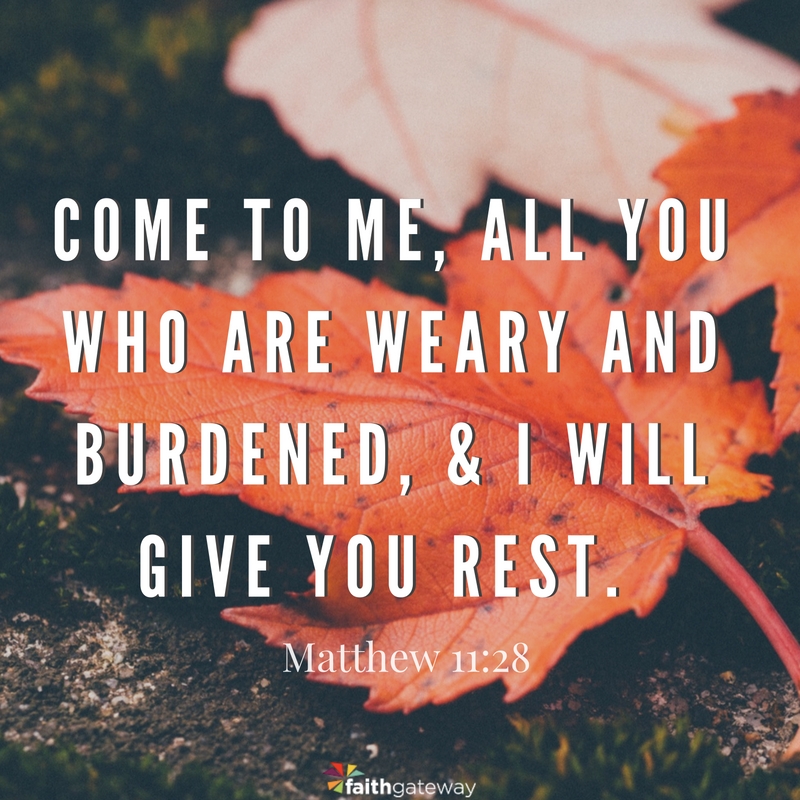 The euphoria a person feels when they first take drugs is unlike anything they’ve ever experienced. Many spend a significant part of their lives chasing that first high. They will empty bank accounts, steal from family members, and put their lives on the line to replicate the “joy” that was theirs the first moment drugs entered their system. But it’s all for nothing. They may catch flashes of joy, but for the most part, they only know sorrow, despair, and shame.

I’ve never tried narcotics, but I do know the emptiness that comes with trying to find joy and self-worth in good deeds. I know the ecstasy of generosity and the temporary high of saying no to temptation. But these highs are short-lived.

Given to unholy thoughts, consistent pride, and other sins, I know too well the shame of the drug addict. So when I crash, there had better be something to hold on to other than white-knuckled morality.

The desire to matter is a part of being human. When people no longer feel or want this, they can become destructive to others and themselves. Our persistent grasping for true meaning, value, and significance takes us down many paths — one of the most prevalent being moralism.

Many of us try to perform, believing that if at the end of our lives the “good works” side of the scale is heavier than the bad side, God will be pleased with us and Heaven will be within reach.

This line of thinking has been bought into by both the irreligious and religious. Sure, Christians know better than to put it in these terms, but our pharisaical self-righteousness and judgmental spirits say otherwise.

Maybe you don’t condemn others, but only yourself. You wonder if God still loves you, even as you wallow in self-hatred and doubt over past and present failures. We have been hard-wired to think that God wants our performance.

In the Sermon on the Mount, Jesus takes a sledgehammer to self-righteous morality and decimates any thought we may have about tap-dancing our way into God’s good graces. The last several chapters of this book should have left us feeling a little overwhelmed as we examined the impossible standard Jesus lays on us in His sermon. As Jesus finishes His sermon, we should be like the sinner in the temple who beat his breast, begging for mercy (Luke 18:13). God help us all.

But what is the way forward? Do we stop writing checks or saying no to sin? Do we no longer need to read our Bibles or pray? No, these things are still good; they just need to be seen in a different light. God’s performance-free love leaves plenty of room for good deeds as a response to his love, not an “in order to.” While these good deeds are never primary, what is primary is an abiding relationship with Jesus. This is the punch line to Jesus’ message in Matthew 11.

If you’ve spent some time in church, you are probably familiar with Matthew 11:28:

Come to Me, all you who are weary and burdened, and I will give you rest.

It’s hard to imagine the same One who had some pretty tough things to say a few chapters earlier in the Sermon on the Mount now standing tenderly with open arms, inviting the weary and worn-out to rest in Him.

But who exactly are the weary? Over the years, I’ve heard this passage preached many times. Each time, the point has been that if you’re worn-out by sickness, a wayward child, a bad marriage, or a season of unemployment, you just need to come to Jesus. Now while I think these are great secondary applications, this is not the primary meaning of Jesus’ invitation. Jesus is not speaking in general to those who are beaten down by life. No, He has a very specific audience in mind.

Let’s take a few moments to try to wrap our arms around Jesus’ words. As Matthew 11 begins, Jesus’ relative John has landed in jail. He must have been there for a considerable length of time, because John commissions his followers to ask if Jesus is the one (Matthew 11:3). You know what John is really getting at, don’t you? If Jesus is the one — the Messiah — then John wants to know why he’s taking so long to get him out of jail. It’s not rocket science, John has to be thinking. Say a prayer. Clap your hands. Utter some words, and I’m out of here.  In response to John’s request, Jesus sends a cryptic message to his relative — a quotation from Isaiah 61:1. Being steeped in the Word, John knew this familiar text:

The Spirit of the Sovereign Lord is on me, because the Lord has anointed me to proclaim good news to the poor. He has sent me to bind up the brokenhearted, to proclaim freedom for the captives and release from darkness for the prisoners.

In Matthew’s gospel, Jesus quotes from Isaiah 61:1 but leaves out a crucial part:

Go back and report to John what you hear and see: The blind receive sight, the lame walk, those who have leprosy are cleansed, the deaf hear, the dead are raised, and the good news is proclaimed to the poor. Blessed is anyone who does not stumble on account of Me. — Matthew 11:4-6

Did you catch what part of Isaiah 61:1 Jesus omits? That’s right. The part about captives being set free and prisoners being released from darkness.

Jesus knows John will be disappointed by the news because He ends by asking his relative to not be offended by Him. In essence, Jesus says, John, I am the One — and no, you’re not going to get out of jail.

True to Jesus’ words, John stays incarcerated, dies, and has his head delivered on a platter to Herod’s wife and stepdaughter (Matthew 14:10-12).

If I can just pause and come to your neighborhood, Jesus’ words may rub us the wrong way, but it’s a truth worth grappling with in a world that thinks Jesus exists to make us happy:

He is God, regardless of how our circumstances pan out. He’s worthy to be praised when breast cancer is cured — and just as worthy when the disease takes a life. We don’t follow God for outcomes or for the benefits package; we follow Him because we love Him.

Blessed is anyone who does not stumble on account of Me.

With John’s disciples on their way back, Jesus now turns to the crowd and preaches the eulogy of His relative. Remember, this is Jesus’ relative He is talking about, so what lies ahead is very likely filled with emotion, even some tears. He begins by reflecting on John’s ministry. John was known as “the Baptist” because of his frequent baptisms. Whom did he baptize? Jews. That’s right, John baptized synagogue-attending, Scripture-memorizing, generous-giving Jews. But John did more than baptize; he preached, calling people to repent — to turn from their sins. How effective was John’s call to repentance? Jesus answers in Matthew 11:16-17:

To what can I compare this generation? They are like children sitting in the marketplaces and calling out to others: ‘We played the pipe for you, and you did not dance; we sang adirge, and you did not mourn.’

This is a powerful image. In Jesus’ day, pipes were played at festive occasions like weddings. When you heard them, you knew it was your cue to dance. A dirge was played at a funeral. Like Pavlov’s dog, when you heard the dirge, you were supposed to mourn. But in Matthew 11, Jesus compares John’s ministry to a pipe being played and no one dancing, a dirge being sung and no one mourning. John did his part (playing the pipe and singing the dirge); the people just didn’t dance or mourn — they didn’t repent. Jesus’ illustration is not an indictment on John’s ministry. Instead, it is a gut-wrenching critique of these so-called good, moral people.

Whom does Jesus address in Matthew 11? Moral people who see nothing wrong with their lives and who refuse to repent and turn to their only hope of being good — Jesus Christ.

The eulogy isn’t over. Beginning in verse 20, Jesus turns His attention to several cities — Chorazin, Bethsaida, and Capernaum. These three cities — the buckle of the ancient Bible Belt — were filled with religious people trying their best to be upright and moral. Jesus had visited these cities and had done many mighty works there. These people saw  the lame walk, withered hands restored, and demons driven out. What was the result? Jesus says they did not repent. Here they were — witnesses to miracles performed by Jesus, yet unmoved in their own feeble attempts at morality. When the miracles were over, their lives remained the same.

I’m not here to pick on the charismatic movement. I affirm all the gifts and have served in churches considered to be charismatic. But Jesus’ words to these religious cities should be carefully read by all, especially my charismatic friends. Jesus is saying that spiritual gifts — even sign gifts — aren’t enough to save people. There must be more.

Miracles may change your circumstances, but they can’t transform your soul. Only the cross can do that. When we arrive at Jesus’ words in Matthew 11:28, there’s no doubt whom He has been talking to. Jesus has been addressing weary, worn-out people who have spent their lives on the treadmill of moralism and see no end in sight. They have been relentless in their pursuit of good works, even to the point of becoming baptized and seeing mighty works performed, but have noticed little change. These are the weary folks Jesus invites to come to Him, not just people going through difficult times in their lives.

The treadmill of morality is wearisome. At what point do you ever check the box and think you’ve finally done enough?

How many church services does it take to forever feel good about yourself? What’s the dollar amount you can donate to charity for your conscience to be permanently soothed? And how many times do you need to share your faith to be convinced you’re an eternally good person filled with meaning and value?

So in an insane act of grace, Jesus picks up His pipe once again and invites good, moral people to go from performing to abiding.

Come to Me, all you who are weary and burdened, and I will give you rest, He says as He beckons.

The Greek word Matthew uses here for come  is in the imperative mood. When you think of an imperative, think command. Jesus is more than inviting; He is lovingly commanding us to step off the treadmill of morality and to rest in Him. John 15:4 (ESV) captures the spirit of Jesus’ invitation:

Abide in Me, and I in you. As the branch cannot bear fruit by itself, unless it abides in the vine, neither can you, unless you abide in Me.

If we want a life rich with fruit that blesses others, it doesn’t happen by doing more, but by abiding  more, by coming to Jesus and resting in relationship with Him.

When you think of your relationship with Jesus, your salvation, your Christian faith, do you think of rest or of trying hard? Does your heart relax or feel stressed? Today, ask yourself this question: am I abiding or am I performing? and come share with us on our blog! We would love to hear from you about learning to find rest in Jesus! ~ Devotionals Daily