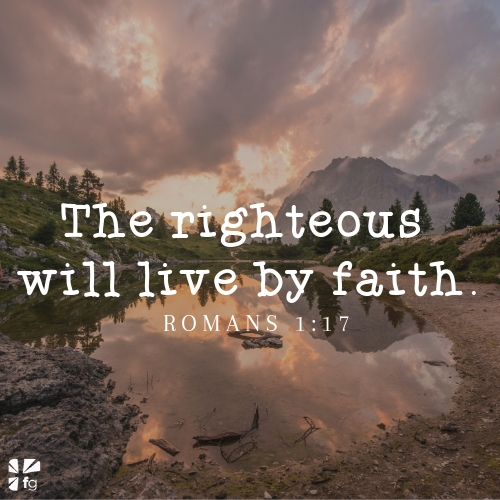 Do you believe that the Gospel still works today? Truly? If you are a churchgoer, of course you’re going to say yes. But down deep inside, are you sure about that?

For more than a few Christians, there’s a tinge of unspoken doubt: Is this salvation thing maybe a bit of a sales pitch? they quietly wonder. Just a come-on to get people in the door? It sounds good, and likely works for most regular people, but not hard-core sinners or people with mega-problems that seem unsolvable and unforgivable.

That is not how the early apostles felt. They believed 100 percent that the Gospel was a game changer. They claimed it had the power to revolutionize the messy Roman culture with all its violence, injustice, dysfunction, and personal pain. They were willing to get beat up, jailed, and even martyred for this belief.

How were they so sure? Because the Gospel had changed them personally. Paul wrote that he was eager to get to the massive, intimidating capital of Rome to preach the gospel.1 It didn’t scare him at all.

Imagine that you’re an evangelist in present-day America or Canada. Where would you prefer to hold public meetings? The Bible Belt? Midwestern farm country? Conservative suburbs? Paul had preached in a lot of ordinary places across the empire, but now he was saying he couldn’t wait to tackle Washington. New York City. Toronto. The toughest, most sophisticated, most skeptical crowds would be fair game for the hope of the Gospel. After all, it had broken through the hard crust of him.

To his apprentice Timothy he boldly wrote:

Even though I was once a blasphemer and a persecutor and a violent man, I was shown mercy because I acted in ignorance and unbelief. The grace of our Lord was poured out on me abundantly, along with the faith and love that are in Christ Jesus.

Here is a trustworthy saying that deserves full acceptance:

Christ Jesus came into the world to save sinners — of whom I am the worst. But for that very reason I was shown mercy so that in me, the worst of sinners, Christ Jesus might display his immense patience as an example for those who would believe in him and receive eternal life.2

“The worst of sinners” — a blunt admission. If you think you’ve done Jesus a favor by coming to Him and attending church, you won’t be using that kind of terminology. But the truth is, Jesus has rescued each of us from the same pit as the addict, the wife beater, the extortionist. None of us could have scratched and clawed our way up out of the pit of sin on our own. The whole notion that we could put ourselves back together is fundamentally untrue. It’s anti-grace.

Jesus did not come to take pretty decent folks and make them a little more middle-class.

Week after week, I (Rob) watch a certain man weep through our service who is a registered sex offender for molesting a child. He’s probably sixty years old now.

Recently he came up to me at the end of the morning. “Would you just bless my new Bible?” he timidly asked, holding out the cheap little paperback NIV Bible we’d given him. I said of course I would. I prayed that God would open the words of this book to give light and understanding to this dear man, who is being transformed by the Gospel.

Of course, he’s going to have to carry the baggage of what he did for the rest of his life. Even among criminals in prison, there’s nobody more despised than a guy who molested a child. Here on the outside, society will make it tough for him. In church, we’re not ever going to let him hang out in our children’s area.

But Jesus is renovating him from top to bottom. He is teaching this man how to think differently, how to avoid the triggers that would get him back into trouble, how to accept that he is, indeed, a son of God and headed for Heaven. You and I are going to be his neighbors up there.

You are not unforgivable. That person who’s done the unimaginable… he’s not unforgivable. No one is. Jesus has the power to renovate us, even the worst of sinners like you and me, from top to bottom. Come share your thoughts with us on our blog. We want o hear from you about the gift of salvation! ~ Devotionals Daily