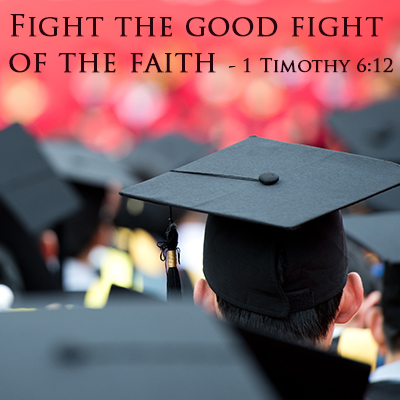 Young adults are making big decisions about their lives and futures. Going out into the world they are determined to make their mark, to find their place, and to begin building a portfolio of wealth.

In today’s economic environment, graduation can be daunting. We can put all of our efforts toward gaining a degree, only to find that the world is big on promises, but little in the way of jobs. With few job prospects, many college graduates are becoming discouraged. Perhaps we can learn a valuable lesson from someone who had more job prospects than he needed. His name was Bill Borden.

Bill Borden was a millionaire when he graduated from High School at the age of 16. As the heir to the famous Borden Dairies, known for their Sweetened Condensed Milk, Bill’s future was bright. Since he was from such a prominent family, Bill was able to enroll at Yale, the most prominent Christian College of his time.

After graduation from Yale, Bill moved to Princeton for his graduate work. During his first semester at Yale, Borden started a prayer group that would transform campus life. One of his friends described how it began:

It was well on in the first term when Bill and I began to pray together in the morning before breakfast. I cannot say positively whose suggestion it was, but I feel sure it must have originated with Bill. We had been meeting only a short time when a third student joined us and soon after a fourth. The time was spent in prayer after a brief reading of Scripture. Bill’s handling of Scripture was helpful… He would read to us from the Bible, show us something that God had promised and then proceed to claim the promise with assurance.

Borden’s small, morning, prayer group gave birth to a movement that soon spread across the campus. By the end of his first year, 150 freshman were meeting weekly for Bible study and prayer. By the time Bill Borden was a senior, one thousand of Yale’s 1,300 students were meeting in such groups.

While this may be an amazing story in itself, his life had a greater impact after he graduated. To learn more about this we turn to the College Devotional Bible. This week’s Bible Study comes from the devotion found in 1 Timothy 6.

No Reserves. No Retreats. No Regrets.

Paul informs Timothy that the pursuit of riches comes at the expense of contentment and godliness. Indeed, the chase leads some people away from faith and ultimately fills them with grief.

Traps abound for those who want to get rich. On occasion, though, we hear a story about a person who shows fervent faith and great spiritual agility in dodging these pitfalls in order to serve God more fully and unreservedly.

When Bill Borden died in 1913 at the young age of 25, written on the back cover of his Bible were six simple but powerful words:

No reserves. No retreats. No regrets.

Each phrase had been penned at a different stage of his journey to China, which he had made in order to reach Muslims with the gospel of Jesus Christ. Each in its own way represented his obedient response to Jesus’ call, although many people had questioned his sanity in making decisions that seemed so radical and rash.

Borden’s journey began on a sailing trip offered by his parents as a graduation present when he was 16 years old. Seeing the world for the first time, the youth was inspired to write home, announcing his decision to devote his life to the mission field. When a friend accused him of throwing away his future, he jotted down the first line.

At Yale University, Borden’s passionate pursuit of Christian service, rather than his multi-millionaire status, caused him to stand out from the rest of the student body.

His unparalleled dedication to Christ made him a leader who other students gravitated to for spiritual sustenance. On the basis of his compulsion to care for widows, orphans and the needy, Bill founded the Yale Hope Mission. Concerned friends would often find him in the most dangerous and derelict parts of the city, sharing the gospel with a drunken drifter he had fed and befriended.

During Borden’s days at Yale, though, Christ called him to the mission field in China. Upon graduation he was offered many lucrative jobs, each of which he turned down. It was at this juncture that he wrote the second line in the back of his Bible.

In preparation for his mission, Borden traveled first to Egypt for language study, only to contact spinal meningitis, from which he died within a month. The third line was evidently penned during this brief terminal illness.

1. If your name went down in this history books for having penned six words, what would your words be? Explain.

3. Read Luke 16:15 from The Voice translation. Does this add to the discussion?

“You’ve made your choice. Your ambition is to look good in front of other people, not God. But God sees through to your hearts. He values things differently from you. The goals you and your peers are reaching for God detests.”

4. Paul urged Timothy, his spiritual son, to “flee from all of this” (1 Timothy 6:11). Make a list of the things that fit into Paul’s list called “all of this.” From that list, which words fit best with the goals of the average college graduate?

5. Is it a bad thing to reach for the items on Paul’s list? If not, at what point do these things become bad for you?

6. What do you think led Borden to respond the way he did to each of the three phrases of his young adult life?

7. Many might be tempted to say that Borden’s life was a waste. What would you say?

8. What is Paul’s challenge to graduates today? Discuss what Paul means by his words in 1 Timothy 6:12?

9. In 1 Timothy 6:14, Paul charges believers to “keep his command without spot or blame until the appearing of our Lord Jesus Christ.” What is the command that God has given to us? How does this apply to a high school or college graduate?

10. Borden was obedient to the words in 1 Timothy 6:17. How can this verse apply to any student – rich, poor, or somewhere in between?

11. If you are graduating this year, how can you use what you have gained to follow the commands in 1 Timothy 6:18?

12. The following words were engraved on Bill’s headstone. Break down the words of this poem and identify Bill’s legacy.

A Man in Christ
He arose and forsook all and followed Him
Kindly affectioned with brotherly love
Fervent in spirit serving the Lord
Rejoicing in hope
Patient in tribulation
Instant in prayer
Communicating to the necessity of saints
In honour preferring others
Apart from faith in Christ
There is no explanation for such a life.

13. When it became evident that Bill Borden would not be able to follow his missionary dream, he wrote a one million dollar gift to the China Inland Mission into his will. How did this act of generosity demonstrate his commitment to the six words:

No reserves. No retreats. No regrets.

13. Bill lived with a humble family near the institute where he was learning Arabic. After his death, Gamil B. Hassoon, the owner of the house, wrote a letter to Bill’s family. In that letter Gamil wrote:

It is beyond power to describe his great zeal and diligence in studying the difficult Arabic language. But though he was so absorbed, so fond, so overwhelmed with his studies, he did not make Arabic his only aim. He looked to what was higher and nobler and appointed a large portion of his time for reading the sacred Scriptures. His Bibles – and he had many of them – were all visited by his eyes. There were many remarks on their margins made in his handwriting and many underlined texts, which showed that he had chosen them and probably put them into memory. His reading the Scriptures was not a daily duty. He read them because he loved them.

If a letter were to be written about you, what might that letter say?

14.  When a graduate looks back on the years spent in school there are always areas that should have been different. It is never too late to make a difference for Christ. What do you regret about your educational life? What can you still do to rectify the situation?

Are you graduating from high school, college, grad school, medical school, seminary, or other school this month or next? Do you have a graduate in your life that you’re celebrating? Like Bill Borden, are you ready to enter a new season of life with “No Reserves. No Retreats. No Regrets.”? Leave a comment. We would love to hear from you!

CONGRATULATIONS to all those graduating this season from the FaithGateway team! 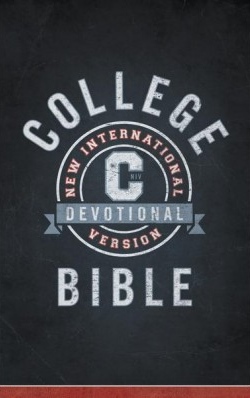 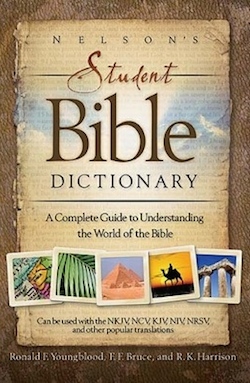 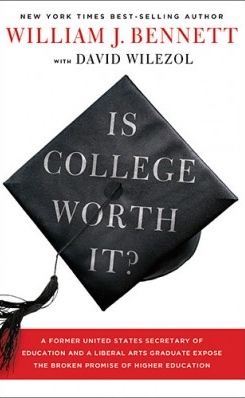 Is College Worth It?
Sharing