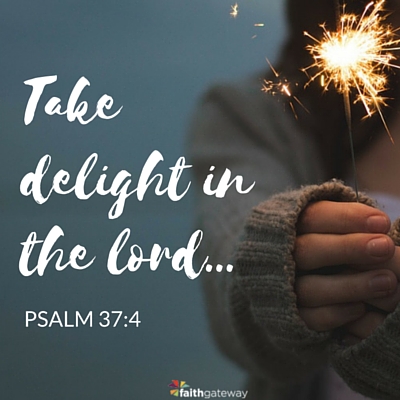 As a bridegroom rejoices over his bride, so will your God rejoice over you. — Isaiah 62:5

I have a sketch of Jesus laughing. It hangs on the wall right across from my desk. It’s quite a drawing. His head is back. His mouth is open. His eyes are sparkling. He isn’t just grinning. He isn’t just chuckling. He’s roaring. He hasn’t heard or seen one like that in quite a while. He’s having trouble catching His breath.

It was given to me by an Episcopal priest who carries cigars in his pocket and collects portraits of Jesus smiling. “I give them to anyone who might be inclined to take God too seriously,” he explained as he handed me the gift.

He pegged me well.

I’m not one who easily envisions a smiling God. A weeping God, yes. An angry God, okay. A mighty God, you bet. But a chuckling God? It seems too… too… too unlike what God should do — and be. Which just shows how much I know — or don’t know — about God.

What do I think he was doing when he designed the mating call of an ape? Or the eight legs of the octopus? And what do I envision on his face when he saw Adam’s first glance at Eve? A yawn?

As my vision improves and I’m able to read without my stained glasses, I’m seeing that a sense of humor is perhaps the only way God has put up with us for so long.

Is that Him with a smile as Moses does a double take at the burning bush that speaks?

Is He smiling again as Jonah lands on the beach, dripping gastric juices and smelling like whale breath?

Is that a twinkle in His eye as He watches the disciples feed thousands with one boy’s lunch?

Do you think that His face is deadpan as He speaks about the man with a two-by-four in his eye who points out a speck in a friend’s eye? Can you honestly imagine Jesus bouncing children on His knee with a somber face? No, I think that Jesus smiled. I think that He smiled a bit at people and a lot with people. Let me explain with an example.

Three times a year you are to celebrate a festival to me. — Exodus 23:14

Take delight in the Lord, and He will give you the desires of your heart. — Psalm 37:4

God is not only the essence of love, power, and mercy… but also the essence of joy. We have a God who told His people to have fun. He set aside weeks for them to put down the plow and celebrate festivals with food and drink. He attended weddings and compared His relationship with us to a bridegroom and a bride… and one of the most joyful days in a woman’s life is the day she sees her groom! Knowing this, how can we not believe in a God who delights in smiling and seeing His children smile? So today, take a moment to just delight in God and His works. Smile at Him as He smiles at you. And the next time you find your faith becoming too rigid, remember the words of the man after God’s own heart:

You will fill me with joy in your presence, with eternal pleasures at Your right hand. — Psalm 16:11

Prayer For the Week

Lord, sometimes life robs us of our joy in You. Sometimes our faith and our image of You become too serious. Today, we ask that You would restore in us the joy of our salvation. Thank You for delighting in us. Amen.

Leaving that place, Jesus withdrew to the region of Tyre and Sidon. A Canaanite woman from that vicinity came to Him. — Matthew 15:21

We don’t know a thing about her. We don’t know her name… her background… her looks… her hometown. She came from nowhere and went nowhere. She disappeared the same way that she appeared, like a puff of smoke.

But what a delightful puff she was.

The disciples, during two years of training, hadn’t done what she did in a few moments of conversing. She impressed God with her faith. The disciples’ hearts may have been good. Their desire may have been sincere. But their faith didn’t turn God’s head.

Hers did. For all we don’t know about her, we do know one remarkable truth: she impressed God with her faith. After that, anything else she ever did was insignificant.

Some statement. Especially when you consider God said it. The God who can put a handful of galaxies into His palm. The One who creates Everests as a hobby. The One who paints rainbows without a canvas. The One who can measure the thickness of mosquito wings with one hand and level a mountain with the other.

In His hand are the depths of the earth, and the mountain peaks belong to Him. The sea is His, for He made it, and His hands formed the dry land. — Psalm 95:4–5

One would think that the Creator would not be easily impressed. But something about this woman brought a sparkle to His eyes and… most likely… a smile to His face.

Matthew called her a “Canaanite woman,” and, in doing so, called strikes one and two. Strike one? A Canaanite. An outsider. A foreigner. An apple in a family tree of oranges. Strike two? A woman. Might as well have been a junkyard dog. She lived in a culture that had little respect for women outside the bedroom and kitchen.

But she met the Teacher, who had plenty of respect for her.

Oh, it doesn’t appear that way. In fact, the dialogue between the two seems harsh. It’s not an easy passage to understand unless you’re willing to concede that Jesus knew how to smile. If you have trouble with the sketch of the smiling Jesus hanging in my office, you’ll have trouble with this story. But if you don’t, if the thought of God smiling brings you a bit of relief, then you’ll like what comes next.

[She] cried out to Him, saying, “Have mercy on me, O Lord, Son of David! My daughter is severely demon-possessed.” — Matthew 15:22 NKJV

Here’s my interpretation of the Jesus’ interaction with the Canaanite woman. She is clearly desperate. Her daughter is demon possessed. She knows she has no right to ask anything of Jesus. She is not a Jew. She is not a disciple. She offers no money for the ministry. She makes no promises to devote herself to missionary service. You get the impression that she knows as well as anybody that Jesus doesn’t owe her anything, and she is asking Him for everything.

But that doesn’t slow her down. She persists in her plea.

Matthew notes that Jesus says nothing at first. Nothing. He doesn’t open His mouth. Why? To test her? Most commentators suggest this. Maybe, they say, He is waiting to see how serious she is about her plea. My dad used to make me wait a week from the day I asked him for something to the day he gave me his answer. Most of the time, I forgot that I ever made the request. Time has a way of separating whims from needs. Is Jesus doing that?

How strange that we don’t allow Him to do it more often for us.

Perhaps the most amazing response to God’s gift is our reluctance to accept it. We want it. But on our terms. For some odd reason, we feel better if we earn it. So we create religious hoops and hop through them — making God a trainer, us His pets, and religion a circus.

The Canaanite woman knew better. She had no résumé. She claimed no heritage. She had no earned degrees. She knew only two things: her daughter was weak, and Jesus was strong.

If you declare with your mouth, “Jesus is Lord,” and believe in your heart that God raised Him from the dead, you will be saved. — Romans 10:9

God has always been, and will always be, a God of grace. From the beginning, He only asked that His people have faith in Him. Even the laws He created for His children were so they could find grace. Sadly, people always look for a way to destroy that grace — much like the Pharisees did when they added to God’s law and twisted His intent. But Jesus made it clear that all we need to do to receive God’s grace is believe. This is what the Canaanite woman did. She knew she had nothing to offer. She didn’t rely on her heritage, her race, her clout, her Torah skills — only on Christ. If only we could do the same! If only we could put down our knowledge, our good works, our religious “hoops.” Christ was enough, and so our faith in Him is enough.

Prayer for the Day

Lord, give us faith like the Canaanite woman. Help us to realize that because we have nothing to offer You — no rights before You — we must rely completely on You and not on ourselves. Help us to simply receive Your free gift of grace today and believe that You will provide for us. We love You, Lord. Amen.

Come share your thoughts on our blog. We want to hear from you about spunky faith.