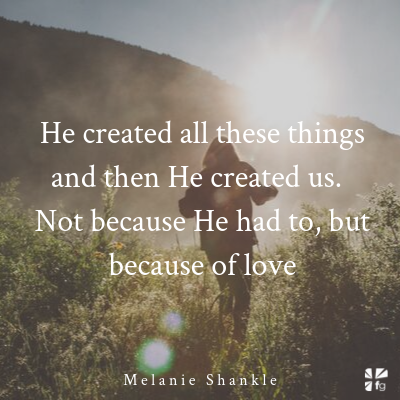 When I consider Your heavens, the work of Your fingers, the moon and the stars, which You have set in place, what is mankind that You are mindful of them, human beings that You care for them? — Psalm 8: 3-4

We have a fire pit in our backyard and one of our favorite things to do as a family is to sit around the fire and look at the stars on a cool, winter night.  There’s just something about the crisp, cold air that makes it seem like everything in the night sky is shining just a little bit brighter than it usually does.

Last year I even downloaded an app on my phone that allows you to hold your phone up to the sky to help you figure out the various constellations.  And I have to confess it hasn’t really helped me that much because I still tend to only be able to identify the Big Dipper.  Or maybe it’s the Little Dipper.  Or maybe it’s Orion’s Belt.  I don’t know.  Quit bothering me.  I am not an astronomer.

One night we read that Venus was going to be close enough to Earth to be seen with the naked eye and, sure enough, even a bunch of amateurs like us could identify Venus just hanging out a few million miles (or a billion?) away from the moon.  All the stars that night seemed so bright and my husband, Perry, just happens to have night vision equipment.  So he brought out his night vision goggles and we all took turns looking at the sky with the benefit of a device that allowed us to see more than we could have imagined.

All of a sudden, instead of just a smattering of stars, I realized the entire sky was full of stars that you would never see just by looking up on a clear night.  It was a symphony of light and movement.

And it made me think about our God who placed each of those stars in the universe.  There are too many to count, stars that have yet to be discovered, stars that have shone for millions of years and stars whose light burned out long ago.  Yet He knows them all because He put them there.   He is so vast, so powerful, so omnipresent.  He is before all things and He holds every single bit of the universe in His hands.

Yet He chose us.

We’ve all read the story about David killing Goliath at least a thousand times.  It’s a Sunday School classic, probably because it’s everything we love in a story.  A small shepherd boy who was just delivering lunch, an ugly giant who was tormenting an army, a little bit of trash talk, and then triumph over evil.  If Bravo TV existed back then, David would have totally gotten his own reality show.

But here’s what I love about the story that I missed when I was younger, Saul tries to equip David for his battle with Goliath by giving him his armor.  And this isn’t just any armor.  Saul is the king so you know it was all made of the finest materials man can make.  Yet David quickly realized that it wasn’t going to work for him; it was too big and bulky and he needed to use materials that he had used before with success as he killed the lions and the bears that tried to attack his sheep.

So David grabbed his staff and five smooth stones as he approached Goliath.  And, well, we know the rest of the story.  Spoiler alert: Things don’t go well for Goliath but the birds of the air ate well that day.

It’s a reminder to me that sometimes when I face big challenges in my life, I’m waiting for God to equip me with big, fancy ways to fight them.  Surely big problems call for elaborate solutions, right?  Except that they totally don’t.  Sometimes it’s as simple as remembering that we come in the name of the Lord Almighty, the God of the armies of Israel, the one who put the stars in the night sky, and so it’s never about our power or our ability to fight a giant.  All we need is to remember that God has used all the little pieces of our life to prepare us for whatever we may face and that we never go into the battle alone.

Sometimes all it takes are five small stones and a big faith.

It’s a reminder to me that God doesn’t care about us in general. Just like He created every one of those stars in the night sky, He lovingly and thoughtfully crafts every detail of each one of us and the moments of our life. Psalm 139 tells us that we are “knit together” in our mother’s womb. And He cares about every single detail of our lives, no matter how big or how small. He can and will use things that seem small and insignificant to achieve His purposes.

God could have stuck to creating stars.  You have to believe they’d give Him a lot less trouble than we do sometimes.  But He created all these things and then He created us.  Not because He had to, but because of love. And because nothing is too small in our Creator’s economy.

And just like He holds all those stars in the night sky, He holds every detail of our lives in His hands and wants us to trust Him with every bit of it.

God takes all of it — the mundane and the ugly, the ordinary and the occasional extraordinary — and when we allow Him to add His grace, His mercy, and His outrageous love, He adds a brushstroke there and some color here and paints it all into one glorious work of art that only He can achieve through us where we are right in that moment — in our homes, in our neighborhoods, in our classrooms, in our communities and world. No one else can live our story. So maybe it’s time to embrace all that is uniquely ours and realize that is exactly what makes it special.

Written for Devotionals Daily by Melanie Shankle, author of It’s All About the Small Things.

God, our Creator, cares about every single detail of your life. He loves you — specifically you! Are you facing big challenges? Do you feel like you need God to come through in a big, fancy way? You come in the name of the Lord God Almighty! It’s that simple. Come share your thoughts with us on our blog. We want to hear from you! ~ Devotionals Daily