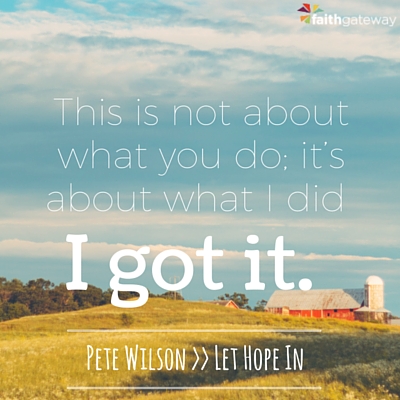 As a kid I really enjoyed school. My favorite part of the day was recess, of course. I attended Park Avenue Christian school, and every afternoon at one thirty our teachers led us across the road to the playground so we could let our energy out. Recess wasn’t the most educational part of the day, but it’s often where we learn about life. It’s where I discovered that girls had cooties, that knock-knock jokes are timeless, that four-leaf clovers are lucky, and that I really could fly if I swung high enough.

This was the stage in our lives when we started developing what we believed were strange feelings for the opposite sex, and we had no idea how to communicate those feelings.

One day I was playing with my friend Angie, a beautiful red-haired girl who had a crush on my friend Jason. Angie was holding a flower and slowly pulling off one petal at a time saying,

With each proclamation of Jason’s love for her or his non-love for her, Angie pulled another petal from her flower. As you probably know, the point of this silly game is to arrive at the final petal on a “He loves me!” Because, of course, that was the universal “sign” that the other person actually loved you.

Yes, that game is ridiculous and childish, but in some ways, as Christians, we still play it if we choose to go down path one. Somewhere along the way we’ve reduced the discovery of God’s love to something almost as random as those flower petals. Each day is full of random hoops we must jump through and bars we must jump over in hopes that today may be the day we finally earn God’s love.

I recently had a meeting with a couple who was demanding to meet with me and one of our campus pastors at Cross Point. The couple had heard the campus pastor give his testimony at Cross Point, which included an extramarital affair, a painful event that led him to resign from ministry.

During the long journey toward healing, this pastor went through almost five years of counseling and restoration. For him the process was grueling, life changing, and ultimately, what saved his marriage.

He had recently come on staff with us to pastor one of our campuses.

This couple was disgusted that we had hired this pastor, which is why they wanted to meet with us. According to them, the pastor’s past sin had disqualified him from serving in ministry. And during our meeting, they fired at us one question after another: How do you expect the people of this church to ever trust you again? How do we know you won’t do this again? How could you have ever done something so bad, if you are a Christian? We understand if you hadn’t been a Christian, but you say you were when you did these terrible things.

After they left that evening, I sat at my desk discouraged. It’s hard for me to understand why we have to put such limits on what God can do in and through our lives with his grace.

Why do we feel the need to put stipulations on what God has so freely given us? Why are we so determined to keep ourselves and those around us locked up in who they used to be?

We attract people to Christianity by telling them that it’s the only world religion where someone (Jesus) comes along and pays the penalty for you. Every other world religion is about do, while Christianity is about done. However, once we cast the bait and a person bites, the story quickly changes. What was once a story about acceptance and grace transforms to a story about performance and conformity.

There is a term that is often used in theological circles called “Galatianism.” According to Dr. C. I. Scofield in The Scofield Reference Bible, “The Galatian error had two forms, both of which are refuted. The first is the teaching that obedience to the law is mingled with faith as the ground of the sinner’s justification; the second, that the justified believer is made perfect by keeping the law.”

Galatianism takes on many forms, but it comes down to the same basic principle: justification — forgiveness and redemption — is initially received by faith but is then sustained by human efforts to keep the law. It’s an attempt to mix both law and grace, and it tries to convince us that grace ends at salvation. I call it the bait and switch. It simply fuels and perpetuates the “he loves me, he loves me not” game.

Over time you’ll discover, if you haven’t already, that path one (trying to please God) is a tiresome system of manmade dos and don’ts, woulds and shoulds, incapable to change human lives but tragically capable of exhausting and devastating them.

Do you find yourself trying to please God by following a long list of dos, don’ts, woulds, and shoulds? Are you tired? What would happen if you decided to quit trying to justify yourself before God? What kind of freedom would that bring for you? We’d love to hear your story! Come join the conversation on our blog! ~ Devotionals Daily