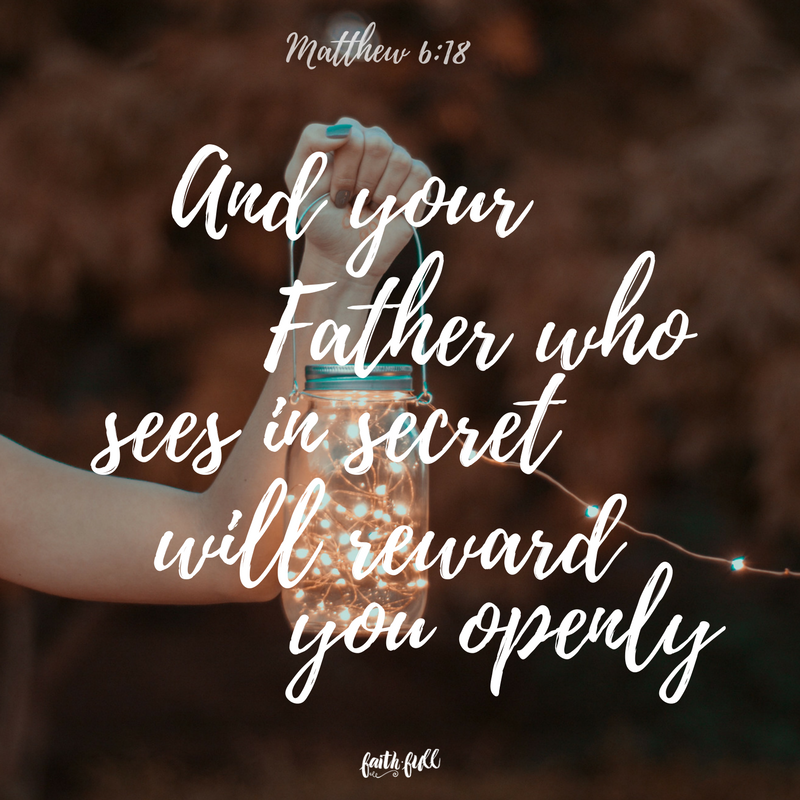 Wherever this gospel is preached throughout the world, what she has done will also be told, in memory of her. — Matthew 26:13 NIV

The darkness of the Christmas Eve sky contrasted with the streets below, all of them aflame. Strings of multicolored lights and inflatable snowmen and light-skinned Marys and Josephs lit the night.

This was Lily and Hope’s first American Christmas, and part of me wanted to keep them inside, to keep their eyes innocently fixed on a miraculous birth and the unsuspecting shepherds and the world’s greatest gift of God come as a human. We drove to the Christmas Eve service, and their mouths formed steam on the windows as they ogled plastic Santas and luminaries and LED icicles.

This was the first Christmas Eve service I could remember in which the children were invited to come forward, mid-service. I hadn’t prepared mine. Things that most children handle easily can dislodge children like mine, whose lives have already had a deeper dislodging.

All but one of my children went up front, joining one hundred of their peers, many of whom looked a bit nervous as they faced an audience of onlookers and parents snapping photos and mouthing “smile” to the little people they had made.

There was a boisterous dad up front, leading the children, coaching them with questions through a retelling of the nativity story. Arms shot up and out even before the next question was asked. Kids were loaded, ready. Each child wanted his or her voice heard.

The designated dad closed with one last question: “Now, what did the angels say?” And my child, who had raised her hand to answer every single question just like every other eager-to-participate little one, finally had her number called.

The dad in charge pointed to her, my little girl who’d been in America for only a few months and who pantomimed more than she spoke. I still wasn’t sure if she understood that the plastic snowmen weren’t a part of what happened that first Christmas.

She responded confidently by reciting verses we happened to have spent the last few months memorizing — the only complete sentences in her memory bank, and full of words whose meaning she didn’t know:

Then the angel said to them, ‘Do not be afraid, for behold, I bring you good tidings of great joy which will be to all people. For there is born to you this day in the city of David a Savior, who is Christ the Lord’. — Luke 2:10-11

The room full of parents and grandparents and friends erupted with cheers. My little girl about burst out of her dress. She did it! Whatever it was.

She ran back into my arms and I cried.

I wasn’t crying because I was the proud mama whose child had given the winning answer. This wasn’t a moment to display the stellar memorization skills we’d imparted or even the fact that we were memorizing Scripture in our home.

The others in that room didn’t know where my little girl had been eating her meals a year before or that she’d missed more than a few. They weren’t close enough to see that I still had African dirt underneath my fingernails from a summer of clawing through paperwork walls to get her home. They didn’t see what I saw. They couldn’t have. They weren’t meant to, at least not in that moment.

But the thirty seconds between when the crowd erupted around her and she bolted back into my arms were holy moments. Through my daughter’s words that evening, God reached into the deepest part of me and said, I see you.

No one in that room, apart from Nate, knew the inner dialogue I’d been having recently. Overnight, we had gone from two children to four, and sometimes it felt like we were carrying the burdens of twelve with all the years of loss they bore. Most days, I felt like I was drowning in their brokenness. Hearts take time to heal, certainly more time than I had allotted or expected.

As I reeled from the body blows of all the ways their losses impacted everything from our dinner times to afternoon play dates — and what it would mean for them in the years ahead — I wanted other people to feel the pain too. I wanted friends to know how hard it was to show up to church on time or to convince this young one to step away from the wall during ballet class or to teach another one to look adults in the eye (after she’d spent an orphanage lifetime learning to look away). I wanted family to see that typical gatherings sometimes couldn’t run as planned, that I couldn’t prepare for what might trigger an angry reaction or when grief might suddenly overtake a child.

But that Christmas Eve night, the ancient announcement rolling off my daughter’s lips was a better gift than a whole throng of onlookers who noticed and knew.

And your Father who sees in secret will reward you openly. — Matthews 6:18

speaks both of the one who sees in secret and the parts of us that were made for rewarding.

It would be disingenuous for me to say that I didn’t want any reward for the outpouring I’d given to these children who, in their aches and losses, sometimes boiled over with anger and other times stewed in sullen unresponsiveness. I’d be dishonest if I said I didn’t need anyone to notice that I’d been cleaning up emotional wreckage I didn’t cause, only to do it again the next day. I’d be superhuman to say I could thrive for days, much less hours, mending heart-ouchies without an acknowledging nod in my direction.

At the very least, I wanted someone to thank me for making dinner.

I’m adult enough to know that the proverbial nod from even the most respected person is a vapor that soon vanishes, but I’m child enough to feel the need for an eye, an intimate whisper of acknowledgment, a “Way to go!” note from a friend. So I can get stuck between these two: serving without a desire for recognition, all the while clamoring internally for my outpouring to be known.

My daughter’s words that night were God’s way of saying to me, I saw the hundreds of minutes before this one when she bristled against your loving leadership, and I’m at work in her.

When I don’t realize what I’m truly craving, God’s thoughts toward me will get lost while I seek affirmation from a sea of other eyes. But when I listen in hiddenness, God’s thoughts reveal themselves and become precious. My hearing, trained in that hiddenness, becomes attuned to the best kind of sound: the voice of my friend.

Do you know that God sees you, friend? Just like Sara, we all have our own private, confusing stories and journeys of faith He takes us on that not everyone around us is going to understand. That’s ok. He sees and He is with us. Listen for the voice of your Friend. Come share your story of when God showed you His affirmation. We would love to hear! ~ Laurie McClure, Faith.Full