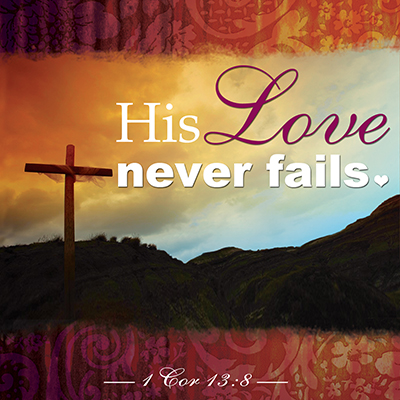 Mary had been there. She had heard the leaders clamor for Jesus’ blood. She had witnessed the Roman whip rip the skin off His back. She had winced as the thorns sliced His brow and wept at the weight of the cross.

In the Louvre there is a painting of the scene of the cross. In the painting the stars are dead and the world is wrapped in darkness. In the shadows there is a kneeling form. It is Mary. She is holding her hands and lips against the bleeding feet of the Christ.

So it’s not surprising that she wants to be there again.

In the early morning mist she arises from her mat, takes her spices and aloes, and leaves her house, past the Gate of Gennath and up to the hillside. She anticipates a somber task. By now the body will be swollen. His face will be white. Death’s odor will be pungent.

A gray sky gives way to gold as she walks up the narrow trail. As she rounds the final bend, she gasps. The rock in front of the grave is pushed back.

“Someone took the body.” She runs to awaken Peter and John. They rush to see for themselves. She tries to keep up with them but can’t. Peter comes out of the tomb bewildered and John comes out believing, but Mary just sits in front of it weeping. The two men go home and leave her alone with her grief.

But something tells her she is not alone.

Maybe she hears a noise. Maybe she hears a whisper. Or maybe she just hears her own heart tell her to take a look for herself. Whatever the reason, she does. She stoops down, sticks her head into the hewn entrance, and waits for her eyes to adjust to the dark.

“Why are you crying?” She sees what looks to be a man, but he’s white – radiantly white. He is one of two lights on either end of the vacant slab. Two candles blazing on an altar.

“Why are you crying?” An uncommon question to be asked in a cemetery. In fact, the question is rude. That is, unless the questioner knows something the questionee doesn’t.

“They have taken my Lord away, and I don’t know where they have put Him.”

She thinks He is the gardener.

Now, Jesus could have revealed himself at this point. He could have called for an angel to present Him or a band to announce His presence. But He didn’t.

He doesn’t leave her wondering long, just long enough to remind us that He loves to surprise us. He waits for us to despair of human strength and then intervenes with heavenly. God waits for us to give up and then – surprise! And listen to the surprise as Mary’s name is spoken by a man she loved – a man she had buried.

Jesus appeared to the followers in a flesh-and-bone body:

His resurrected body was a real body, real enough to walk on the road to Emmaus, to be mistaken for that of a gardener, to swallow fish at breakfast. In the same breath, Jesus’ real body was really different. The Emmaus disciples didn’t recognize Him, and walls didn’t stop Him. Mark tried to describe the new look and settled for “[Jesus] appeared in another form” (Mark 16:12).

While His body was the same, it was better; it was glorified. It was a heavenly body. And I can’t find the passage that says He shed it. He ascended in it.

He was lifted up while they were looking on, and a cloud received Him out of their sight. – Acts 1:9

He will return in it. The angel told the followers,

This Jesus, who has been taken up from you into heaven, will come in just the same way as you have watched Him go into Heaven. – Acts 1:11

The God-man is still both. The hands that blessed the bread of the boy now bless the prayers of the millions. And the mouth that commissions angels is the mouth that kissed children. You know what this means? The greatest force in the cosmos understands and intercedes for you.

We have an Advocate with the Father, Jesus Christ the righteous. – 1 John 2:1

See the fellow in the shadows? That’s Peter. Peter the apostle. Peter the impetuous. Peter the passionate. He once walked on water. Stepped right out of the boat onto the lake. He’ll soon preach to thousands. Fearless before friends and foes alike. But tonight the one who stepped on the water has hurried into hiding. The one who will speak with power is weeping in pain.

Not sniffling or whimpering, but weeping. Bawling.

Bearded face buried in thick hands. His howl echoing in the Jerusalem night. What hurts more? The fact that he did it? Or the fact that he swore he never would?

“Lord, I am ready to go with you to prison and even to die with you!” he pledged only hours earlier. “But Jesus said,

And now, awash in a whirlpool of sorrow, Peter is hiding. Peter is weeping. And soon Peter will be fishing.

We wonder why he goes fishing. We know why he goes to Galilee. He had been told that the risen Christ would meet the disciples there. The arranged meeting place is not the sea, however, but a mountain (Matthew 28:16). If the followers were to meet Jesus on a mountain, what are they doing in a boat? No one told them to fish, but that’s what they did.

Besides, didn’t Peter quit fishing? Two years earlier, when Jesus called him to fish for men, didn’t he drop his net and follow? We haven’t seen him fish since. We never see him fish again. Why is he fishing now? Especially now! Jesus has risen from the dead. Peter has seen the empty tomb. Who could fish at a time like this? Were they hungry? Perhaps that’s the sum of it. Maybe the expedition was born out of growling stomachs.

Or then again, maybe it was born out of a broken heart. You see, Peter could not deny his denial. The empty tomb did not erase the crowing rooster. Christ had returned, but Peter wondered, he must have wondered,

After what I did, would He return for someone like me?

We’ve wondered the same. Is Peter the only person to do the very thing he swore he’d never do?

Oh, the volume of our boasting. And, oh, the heartbreak of our shame. Rather than resist the flirting, we return it. Rather than ignore the gossip, we share it. Rather than stick to the truth, we shade it. And the rooster crows, and conviction pierces, and Peter has a partner in the shadows.

We weep as Peter wept, and we do what Peter did. We go fishing. We go back to our old lives. We return to our pre-Jesus practices. We do what comes naturally, rather than what comes spiritually. And we question whether Jesus has a place for folks like us.

Jesus answers that question. He answers it for you and me and all who tend to “Peter out” on Christ. His answer came on the shore of the sea in a gift to Peter. You know what Jesus did? Split the waters? Turn the boat to gold and the nets to silver? No, Jesus did something much more meaningful.

He invited Peter to breakfast. Jesus prepared a meal.

Of course, the breakfast was one special moment among several that morning. There was the great catch of fish and the recognition of Jesus. The plunge of Peter and the paddling of the disciples. And there was the moment they reached the shore and found Jesus next to a fire of coals. The fish were sizzling, and the bread was waiting, and the defeater of hell and the ruler of Heaven invited His friends to sit down and have a bite to eat.

No one could have been more grateful than Peter.

HE IS RISEN! He is risen indeed!

On this Easter Sunday is your response to Jesus to worship Him like Mary? Do you relate with Peter before He saw the risen Savior? Hiding, going back to the old way way and wondering if He has room for a sinner like me? Is your heart filled with gratitude that He went back for Peter and humbly offered him grace, forgiveness, a meal, and relationship? Mine is! Come join the conversation on our blog! We would love to hear from you today! ~ Happy Easter from all of us at Devotionals Daily! 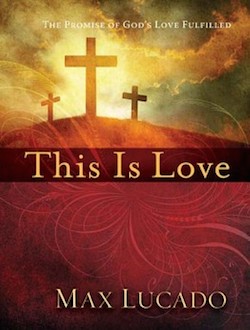