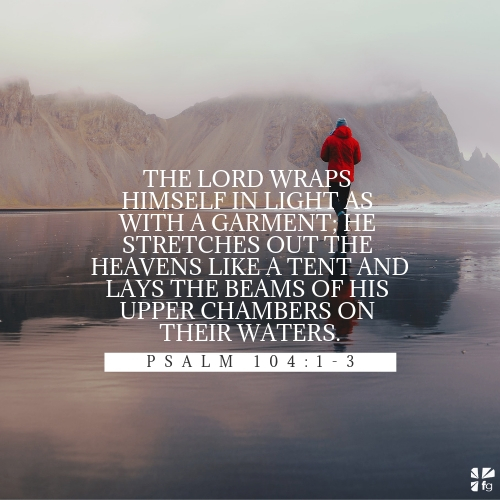 Shâbach, shaw-bakh ́: To address in a loud tone. To shout. To commend, glory, and triumph.1

One generation shall praise (shâbach) Your works to another, And shall declare Your mighty acts. — Psalm 145:4 NKJV

Brandy and I started our family in the shadow of the windy city, and though it was a great place and we were part of an amazing church, over time, we felt God calling us to contend for the future of the American church. We felt led to give the next several decades of our lives to the next generation, to plant a new church in a new city. Which city? That minor detail wasn’t quite so clear.

During a time of family prayer, I told our daughters we were considering leaving Chicago to plant a church. They asked the normal questions: Where? When? We told them we didn’t know, but we declared our trust in God. We’d go wherever he sent us. And in the meantime, as crazy as it all seemed, we’d praise Him for what He’d do.

Weeks later, we put our house on the market. Our neighbors asked the same questions: Where are you moving? When? I didn’t know, I told them, but we were sure God would lead us. And in the meantime, we’d praise Him.

We sold the house within months, and as the moving company loaded our boxes, they asked where we were moving. I told them, too, that I didn’t know.

Honestly, I felt like a madman, unsure where this trust in God would take us. Brandy and I were stepping out, declaring our faith in both our actions and words, and we were giving our children a front row seat to the madness.

Ultimately, God made His plan for our family clear, and we moved to Nashville, Tennessee. We learned that Nashville is home to more than one hundred thousand college students with 60 percent choosing to stay in the area after graduation.

Our children joined us in this journey of uncertainty and faith. They’ve seen how God led and provided for us, how He’s done so many miraculous things in our lives. They’ve seen how we’ve raised a shout of praise for everything He’s done. And it’s my hope that when they’re adults, when they’re making their own decisions, they’ll remember those shouts of praise. It’s my hope that when culture shouts at them, when it asks them to reject their faith and to conform, they’ll drown out those siren songs with their own declarations of faith, trust, and praise. It’s my hope that they’ll raise a shâbach.

Shâbach, our final Hebrew word of praise, means to address in a loud tone, to shout, to commend, to glory, or to declare triumph. Quite literally, it means to raise a holy roar. The word is used sparsely in the Old Testament, a mere eleven times, but each time, it has powerful effect.

In Psalm 63, David penned a song of praise while he was in the wilderness of Judah. He wrote:

You, God, are my God, earnestly I seek You; I thirst for You, my whole being longs for You, in a dry and parched land where there is no water… Because Your love is better than life, my lips will glorify You. I will praise (shâbach) You as long as I live, and in Your name I will lift up my hands. — Psalm 63:1, Psalm 63:3-4

Even in the dry places, the desert places, David resolved to live out his days by lifting a shout of praise to God.

This shout of praise, this shâbach, is not simply a personal declaration though. The shortest psalm, Psalm 117, calls all nations to raise a holy roar. In the simplest shâbach found in all of Scripture, the psalmist wrote:

Praise the Lord, all you nations. Praise (shâbach) Him, all you people of the earth. — Psalm 117:1 NLT

The most vivid “cultural shâbach” that I have ever seen happened recently. It was a gathering of more than five million people. It was reported as the seventh largest gathering in human history. At one point, that crowd gave a full-bodied, full-volume shout at the top of their lungs. It was a thunderous sonic boom. It was a unified colossal roar.

As a former resident of Chicago, I can appreciate how Cubs fans have lamented 108 years without a World Series victory. Entire generations of Chicagoans have been born, grown up next to Wrigley Field, lived long lives, and died without ever seeing the Cubs win it all. This was a shout that represented a century of pent-up anticipation and disappointment.

This corporate celebration, this shout, gives us the clearest image of shâbach. Every time we gather with God’s people to praise Him, one voice unites with another. Songs become anthems. Anthems become declarations. Declarations become a holy roar.

The notion of shâbach transcends geography; it’s a holy roar that reaches from one generation to the next. In Psalm 145:4 (NKJV), the psalmist wrote:

One generation shall praise (shâbach) Your works to another, and shall declare Your mighty acts.

The shout of praise needs your voice. Join the holy roar.

How Great Is Our God

I was in my loft apartment in Austin, reading Psalm 104. I was meditating on the passage, and as I did, I was overcome by the expressions of God’s greatness recorded by the psalmist.

Lord my God, You are very great; You are clothed with splendor and majesty.

The Lord wraps Himself in light as with a garment; He stretches out the heavens like a tent and lays the beams of His upper chambers on their waters. — Psalm 104:1-3

I considered the power of the poetry, and as I did, a simple melody came. Then came the chorus.

Sing with me, how great is our God.

All will see how great,

At first I thought it might be too simple, too straightforward. But as I sang it, I began to incorporate phrases from the psalm. The song built and built, and when I’d finished composing it, I felt I had something special. Could it be an anthem of God’s greatness? Could it be a holy roar?

“How Great Is Our God” became a staple of my worship sets in the months that followed, and each time I sang it, I was filled with such gratitude, such awe of the greatness of God. I recorded the song, began taking it on the road with me, and as I did, I noticed churches around the country began singing it. The song spread and spread, and quickly it became my most sung song. It became part of modern hymnbooks and had been downloaded millions of times. How far had it spread, though? I had no idea.

Years later, I was recording my album Hello Love alongside producer Ed Cash. “How Great Is Our God” was the first song Ed produced for me, and he’d been the one to suggest the addition of the bridge — “Name above all names, worthy of all praise, my heart will sing how Great is our God.” (A pretty good suggestion, I’d say.) On one particular day, as I stepped into the studio, I got word that the Watoto Children’s Choir, a choir of orphans from Uganda, was visiting Nashville. Ed and I had already spoken about including a children’s choir on one of the tracks, and this group would be more than perfect. So I reached out to their director and asked if they could join us in the studio.

“Any chance you guys could record a song with us?” I asked.

“Yes,” the director responded. “We have one day off, and it happens to be tomorrow.”

I took it as a sign of divine intervention. The following day, we were all in the studio together. I’d heard them sing before, knew how incredible they were, but in that setting, I could see on their faces that they were nervous. I wondered whether they could see it on my face. I was nervous too.

Standing in another room of the studio, headphones on, I heard the director say to the choir, “Let’s warm up. Let’s sing something comfortable.” There was a pause, and the children stood straighter. They gathered their breath and broke into chorus.

Sing with me, how great is our God.

It was a beautiful moment, and their voices rang clear. They sang the chorus again and again, and my eyes began to water.

Did these orphans from the other side of the world have any idea I’d written that song?

This eruption of praise, this shout, is the true essence of praise. It is a holy roar.

Tears began to roll down my cheeks, and as I watched them, I wondered just how this anthem had crossed the ocean. A song I’d written in the privacy of an Austin studio apartment had made its way to an orphanage in Uganda.

This song has become an international anthem. Why has it left such an impression on the church? I wish I knew. Perhaps it’s because the song isn’t about what God’s done for us; it’s simply about who He is. When we gather in praise to make Him greater, when we empty ourselves, doesn’t it do something unlike anything else? I’ve come to understand that by now.

Every time I sing this song, I look forward to the moment when the congregation sings the bridge, the moment we declare that Jesus is the “name above all names.” I can almost feel faith washing over the people, and I watch as some raise their hands, some fall on their knees, and some simply stand, crying. It’s a moment when the people so often lead me in praise, when they remind me that I am a part of this living shâbach. I sing through the end, play the last chord, and listen as the crowd erupts in shouts of praise to God. This eruption of praise, this shout, is the true essence of praise. It is a holy roar.