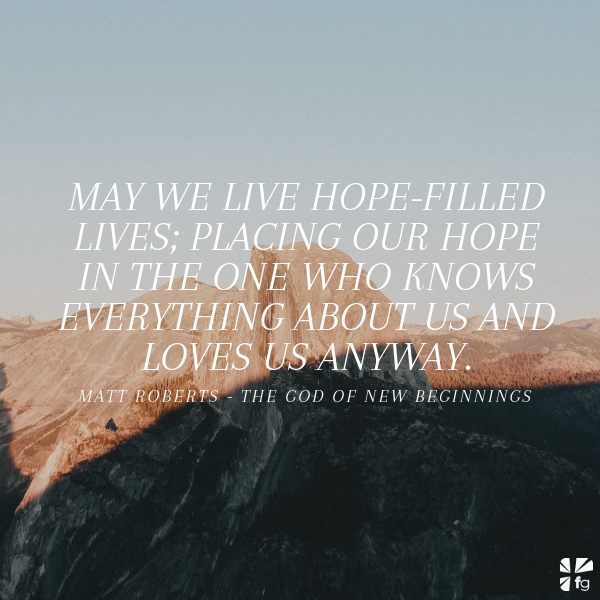 Jesus arrived at a pool of water near a gate in Jerusalem called the Sheep Gate. Surrounding this pool were five covered porches where,

a great number of disabled people used to lie – the blind, the lame, the paralyzed. — John 5:3

Legend had it that, periodically, an angel would agitate the water and the first one into the pool would be healed. Consequently, the pool attracted a great number of people who were desperate for hope.

Jesus approached a man who had suffered what appears to be some sort of paralysis for thirty-eight years. We don’t know his age but would have to assume he had suffered most of his life. We also don’t know how long he had been at the pool; the text simply says, “a long time”. And Jesus asked the man, “Do you want to get well?”

Why would you ask a man who has suffered for thirty-eight years if he wants to be well?

It not only seems like a peculiar question, it seems insensitive; maybe even rude.

Have you ever had something in your house cease to work properly? Like a drawer in the kitchen that sticks? And the only way to open the drawer now is to lift up on the handle, pull it to the right and give it a little jerk. And that just becomes the way you open that drawer. You teach your kids to open it that way. If a guest comes over and needs to get into that drawer, you teach them to open it that way. At first, it’s frustrating. Then it’s merely annoying. And eventually, you don’t even think about it at all. It’s just the way you open that drawer. But that’s not how it’s supposed to be. It’s not what the builder of that drawer had in mind. It’s not how the drawer was designed.

Have you realized we’re not talking about a drawer anymore? Maybe Jesus’ question wasn’t so crazy after all.

Do you want to get well?

Even more peculiar than the question was the man’s response. There seems to be only one right answer to this question: “Yes!” “Yes I want to be well.” But that’s not what the man said. Instead, he explained to Jesus why getting well wasn’t possible for him. He had no one to help him into the pool. When the water was stirred, someone else always got there first. He had tried and failed so many times. “Yes” was just not an option for him. He had lost hope.

Think about the irony of our story. Jesus, God with skin on, stood before the man and asked him if he wanted to be well. And all the man could see was how impossible it was for him to get into the pool first.

He needed to re-imagine hope in light of Jesus.

Jesus ignored his explanation and told the man to

He told him to do what the man had been unable to do for most of his life. And, for the first time in thirty-eight years, the man shifted his weight over his legs and stood to his feet.

The word translated “get up” is a word regularly used in the New Testament to describe resurrection. This story is a demonstration of what God is up to in the world. It’s His Kingdom breaking out on earth in the form of new life, new creation.

Maybe you need to re-imagine hope for yourself or for someone you love, in light of Jesus. He is, after all, the God of new beginnings. He is the One who can breathe new life into the dead parts of our souls. No matter how tangled the web of our lives has become, no matter how broken, no matter how lost; He is the One who invites us to bring our pain, our failure, our disappointment… all of it to Him. He invites us to trust Him. We demonstrate that trust through our obedience. Jesus told the man to “Get up”. The man could have continued to make excuses, explaining again why that’s not possible for him. But instead, he obeyed by getting up, picking up his mat and walking. Similarly, obedience is our response to hope; it’s how we participate in new beginnings.

As we look ahead to a new year, may we live hope-filled lives; placing our hope in the One who knows everything about us and loves us anyway. And may that hope flesh itself out in a life of obedience. Here’s to a new year and here’s to new beginnings.

Written for Devotionals Daily by Rob Cowles, co-author with Matt Roberts of The God of New Beginnings.

Hear Jesus asking you today, “Do you want to get well?” If so, let’s put our trust in Him together. Let’s start this new year out with HOPE in Jesus! Come share your thoughts with us on our blog. We want to hear from you about asking Him to restore us! ~ Devotionals Daily