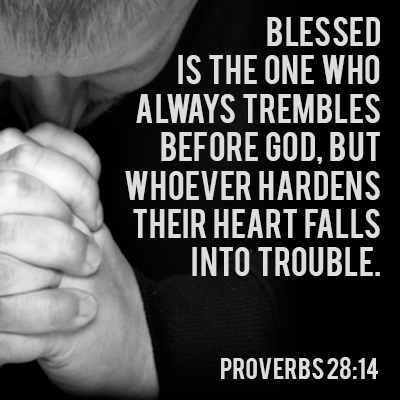 “For God so loved the world…”

“I saw a woman today who finally became hard as wood all over.” French physician Guy Patin wrote these words in 1692, the first clinical description of fibrodysplasia ossificans progressiva or FOP.

He unknowingly introduced the world to a cryptic disease that slowly, irreversibly turns its victims into a mass of solid bone.

Healthy skeletal systems are hinged together with ligaments and tendons. The bony figure hanging in the science classroom teaches this. Remove the connective tissues, and the frame collapses into a pile of loose bones.

FOP, however, hardens the soft tissues, like muscles and tendons, rendering the body an ossified suit of armor. Consider the case of FOP victim Nancy Sando. When she was five, doctors diagnosed a mass on the back of her neck as terminal cancer and gave her three months to live. But she didn’t die. No tumor grew. Her bones did, however. Doctors began to suspect the presence of the bone condition. By the time she was in her midthirties, her frame was frozen in a near-straight posture, mildly bent at the waist. Her neck was locked, jaw fused, and elbows fixed at right angles.

Injuries often trigger the FOP sprawl. Bones overreact to a bruise or break, spreading like renegade cement through the system. The pattern is predictable: neck and spine solidify first, then shoulders, hips, and elbows. Over years, the disease can imprison the entire body: back to front, head to toe, proximal to distal. The rogue gene of FOP has one aim: harden the body a little more every day.

As tragic as this disease is, Scripture describes one even worse. The calcification, not of the bones, but of the will.

God spoke these words to Moses on Mount Sinai. The disloyalty of the calf-worshiping Hebrews stunned God. He had given them a mayor’s-seat perch at his Exodus extravaganza. They saw water transform into blood, high noon change to a midnight sky, the Red Sea turn into a red carpet, and the Egyptian army become fish bait. God gave manna with the morning dew, quail with the evening sun. He earned their trust. The former slaves had witnessed a millennium of miracles in a matter of days.

And yet, when God called Moses to a summit meeting, the people panicked like henless chicks.

They rallied around Aaron and said, ‘Do something. Make gods for us who will lead us. That Moses, the man who got us out of Egypt — who knows what’s happened to him?’ — Exodus 32:1

The scurvy of fear infected everyone in the camp. They crafted a metal cow and talked to it. God, shocked at the calfpraising service, commanded Moses,

Go! Get down there!… They’ve turned away from the way I commanded them… Oh! what a stubborn, hard-headed people! — Exodus 32:7–9

Remember how FOP spreads in an unhealthy response to pain?

Our hearts harden in an unhealthy reaction to fear.

Note: the presence of fear in the Hebrews didn’t bother God; their response to it did. Nothing persuaded the people to trust him. Plagues didn’t. Liberation from slavery didn’t. God shed light on their path and dropped food in their laps, and still they didn’t believe him. Nothing penetrated their hearts. They were flinty. Stiff. Mount Rushmore is more pliable, an anvil more tender. The people were as responsive as the gold statue they worshiped.

More than three thousand years removed, we understand God’s frustration. Turn to a statue for help? How stupid. Face your fears by facing a cow? Udderly foolish!

We opt for more sophisticated therapies: belly-stretching food binges or budget-busting shopping sprees. We bow before a whiskey bottle or lose ourselves in an eighty-hour workweek. Progress? Hardly. We still face fears without facing God.

He sends Exodus-level demonstrations of power: sunsets, starry nights, immeasurable oceans. He solves Red Sea–caliber problems and air-drops blessings like morning manna. But let one crisis surface, let Moses disappear for a few hours, and we tornado into chaos. Rather than turn to God, we turn from him, hardening our hearts. The result? Cow-worshiping folly.

According to heaven’s medical diagnosis:

[Hardhearted people] are hopelessly confused. Their minds are full of darkness; they wander far from the life God gives because they have closed their minds and hardened their hearts against him. They have no sense of shame. They live for lustful pleasure and eagerly practice every kind of impurity. — Ephesians 4:17–19

Measure the irregular pulse of the hard heart:

• “Practice every kind of impurity”

He who hardens his heart falls into trouble. — Proverbs 28:14

But it gets worse. A hard heart ruins, not only your life, but the lives of your family members. As an example, Jesus identified the hard heart as the wrecking ball of a marriage. When asked about divorce, Jesus said,

Moses permitted you to divorce your wives because your hearts were hard. But it was not this way from the beginning. — Matthew 19:8

When one or both people in a marriage stop trusting God to save it, they sign its death certificate. They reject the very One who can help them.

My executive assistant, Karen Hill, saw the result of such stubbornness in a pasture. A cow stuck her nose into a paint can and couldn’t shake it off. Can-nosed cows can’t breathe well, and they can’t drink or eat at all. Both the cow and her calf were in danger. A serious bovine bind.

Karen’s family set out to help. But when the cow saw the rescuers coming, she set out for pasture. They pursued, but the cow escaped. They chased that cow for three days! Each time the posse drew near, the cow ran. Finally, using pickup trucks and ropes, they cornered and de-canned the cow.

Seen any can-nosed people lately? Malnourished souls? Dehydrated hearts? People who can’t take a deep breath? All because they stuck their noses where they shouldn’t, and when God came to help, they ran away.

When billions of us imitate the cow, chaos erupts. Nations of bull-headed people ducking God and bumping into each other. We scamper, starve, and struggle. Can-nosed craziness. Isn’t this the world we see? This is the world God sees.

Yet, this is the world God loves. “For God so loved the world…” This hard-hearted, stiff-necked world. We bow before gold-plated cows; still, He loves us. We stick our noses where we shouldn’t; still, He pursues us. We run from the very One who can help, but He doesn’t give up. He loves. He pursues. He persists. And, every so often, a heart starts to soften.

Let yours be one of them. Here’s how:

Don’t forget what God has done for you. Jesus performed two bread-multiplying miracles: in one He fed five thousand people, in the other four thousand. Still, His disciples, who witnessed both feasts, worried about empty pantries. A frustrated Jesus rebuked them: “Are your hearts too hard to take it in?.. Don’t you remember anything at all?” — Mark 8:17–18

[I will] daily add praise to praise. I’ll write the book on your righteousness, talk up your salvation the livelong day, never run out of good things to write or say. — Psalm 71:14–15

Catalog God’s goodnesses. Meditate on them. He has fed you, led you, and earned your trust. Remember what God has done for you. And, Acknowledge what you have done against God.

If we claim we have not sinned, we are calling God a liar and showing that His Word has no place in our hearts. — 1 John 1:10

Sin-hoarding stiffens us. Confession softens us.

When my daughters were small, they liked to play with Play-Doh. They formed figures out of the soft clay. If they forgot to place the lid on the can, the substance hardened. When it did, they brought it to me. My hands were bigger. My fingers stronger. I could mold the stony stuff into putty.

Is your heart hard? Take it to your Father. You’re only a prayer away from tenderness. You live in a hard world, but you don’t have to live with a hard heart.

Is this as convicting to you as it is to me? Do you realize your heart is hard? Fearful? Not fully trusting in God? Running away? Forgetful of God’s goodness and His provision? Holding onto sin instead of laying it at the feet of God? If so, join me today in praying for forgiveness and softheartedness. Let’s ask the One who loves us for help. Come join the conversation on our blog! We would love to hear from you! ~ Devotionals Daily 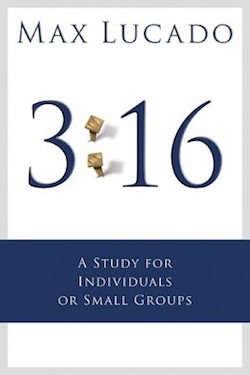