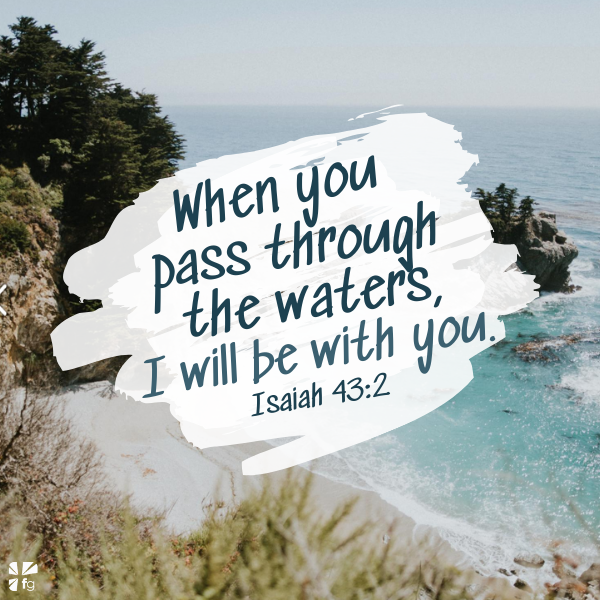 I will always remember the year the shyest boy in kindergarten was chosen to star in the school musical. Old MacDonald was the show, loosely based on the favorite song “Old MacDonald Had a Farm”, and Old MacDonald himself was played by none other than my little brother.

Looking back, it’s hard to not think I was responsible for Ken’s rise to fame. After all, the school’s music teacher would tote her binders full of treble and bass clefs to my house every week at 4 pm, where she taught me to play the piano. During those piano lessons, the music teacher became pals with my mother, which came in handy when no one auditioned for the role of Old MacDonald.

I’m not sure if chocolate or extra TV time was involved in this negotiation, but before I knew it, Ken was stuffing a straw hat and overalls in his backpack for carrying a tune at rehearsal. He may have been shy, but he was determined, and his constant practicing ensured that any member of our family could have stepped in as his understudy at any moment.

We likely all assumed that “Old MacDonald Had a Farm” was the only song he’d have to perform, but it turns out he had a much bigger part than “E-I-E-I-O”s. In fact, there’s an entire 12-song musical based on this farm — all songs we’d never heard — that quickly became stuck in our heads.

The song that still follows me decades later is one that goes a little something like this:

Now you know why no one showed up for auditions.

But while I can poke fun at the simplicity of kindergarten song lyrics, I wonder if this isn’t the same clarity we long for when explaining things to others and ourselves?

We all want to know right from wrong, good from bad, positive from negative, safe from dangerous, and friends from foes.

So, when things happen that we can’t explain or wouldn’t have chosen, it’s hard to stray away from the logic we’ve learned since kindergarten musicals and vacation Bible school. In fact, if we were to combine the two, I think we’d have songs that go a little bit like this:

In the Bible, we see that mountains and valleys aren’t just “up” and “down” in terms of geography, but they also seem to take on negative or positive connotations.

I lift up my eyes to the mountains — where does my help come from? My help comes from the Lord, the Maker of Heaven and earth. — Psalm 121:1-2

After [Jesus] had dismissed them, He went up on a mountainside by Himself to pray. Later that night, He was there alone, and the boat was already a considerable distance from land, buffeted by the waves because the wind was against it — Matthew 14:23-24

And a man of God came near and said to the king of Israel, ‘Thus says the Lord, ‘Because the Syrians have said, ‘The Lord is a god of the hills but He is not a god of the valleys,’ therefore I will give all this great multitude into your hand, and you shall know that I am the Lord.’ — 1 Kings 20:28

Even though I walk through the valley of the shadow of death, I will fear no evil, for You are with me; Your rod and Your staff, they comfort me. — Psalm 23:4

And so, when we walk through our own circumstantial valleys and encounter things that never would have happened in the Garden of Eden, we think our lives are headed, well, down. Casseroles will arrive and bad news may keep coming, and everything about suffering, from funeral dresses to sympathy cards, sharply remind us of darkness and defeat.

My darkest personal valley began the day that same little  brother — our Old MacDonald — passed away at the age of 20. While he had outgrown those nursery songs and farmer overalls, I always thought he’d grow up to be a man, father, and uncle, and we’d show old home videos of “Mountains and Valleys” to our children over laughter. But that’s not what happened at all.

The part of my family I’d assumed would be there forever was gone. Because he was my only sibling, my parents and I make up our “three-legged family,” one that will never feel complete again on this earth. Anyone could have looked at my circumstances and agreed that I’d been abandoned in a valley, never to see light in the darkness again. And at first, that’s what I believed to be true.

Putting my childhood faith to the most difficult test, my worst fear had become true, and the only possible end to the story was “down-down-down.”

But I don’t think I ever really thought beyond that worst fear coming true — Yes, I was afraid to lose someone I loved, but if that happened, what did it mean? Certainly, that God no longer loved me and would leave me to deal with my pain.

And that’s exactly where my childhood thinking was wrong, because He didn’t. There’s a unique tension that happens when we walk through dark valleys with our mountaintop God. Yes, the pain is real, but so is hope. Maybe “up” or “down” and “joy” or “suffering” seemed like the only options to me, but not to God. After all, He is the ruler of an upside-down Kingdom where the

I like to think that maybe Old MacDonald’s song had more meaning than we thought: Yes, mountains go up and valleys go down, but God is steady and constant. Maybe the writer of the song took a little inspiration from theologian Samuel Rutherford, who said, “Believe God’s love and power more than you believe your own feelings and experiences. Your rock is Christ, and it is not the rock that ebbs and flows but the sea.”

So, whether we’re talking about rocks or mountains or valleys, one thing remains true: He is with us. God is our only true comfort, and His Word is unfailing.

May we look above the ebb and flow of our circumstances and rest our eyes upon the God who does not move. He is steady in the ups and downs, and His heart is to turn things right-side-up.

Thanks be to Him.

When you pass through the waters, I will be with you; and through the rivers, they shall not overwhelm you; when you walk through fire you shall not be burned, and the flame shall not consume you. — Isaiah 43:2

He provided redemption for His people; He ordained His covenant forever — holy and awesome is His name. — Psalm 111:9

Written for Devotionals Daily by Kaitlin Wernet, co-author of The Book of Comforts with Rebecca Faires, Cymone Wilder, and Caleb Faires.

He is with you. Right now. Right in this up-up-up mountaintop, Garden of Eden experience, or right in this down-down-down valley of suffering circumstance. God is with you. He is our true comfort. Thank God for that! Come share your comments with us on our blog. We want to hear from you! ~ Devotionals Daily

Get your copy of The Book of Comforts today! 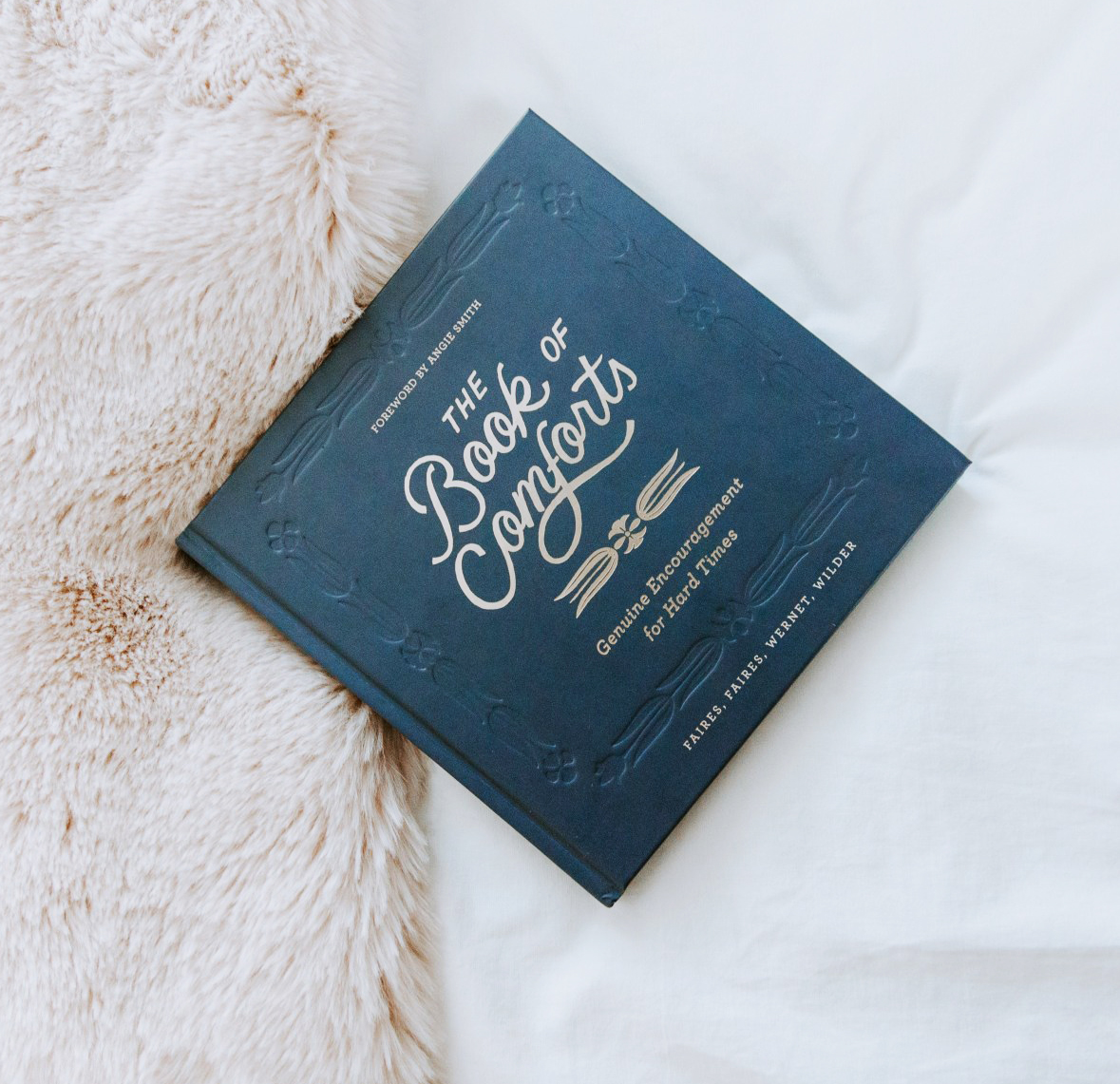