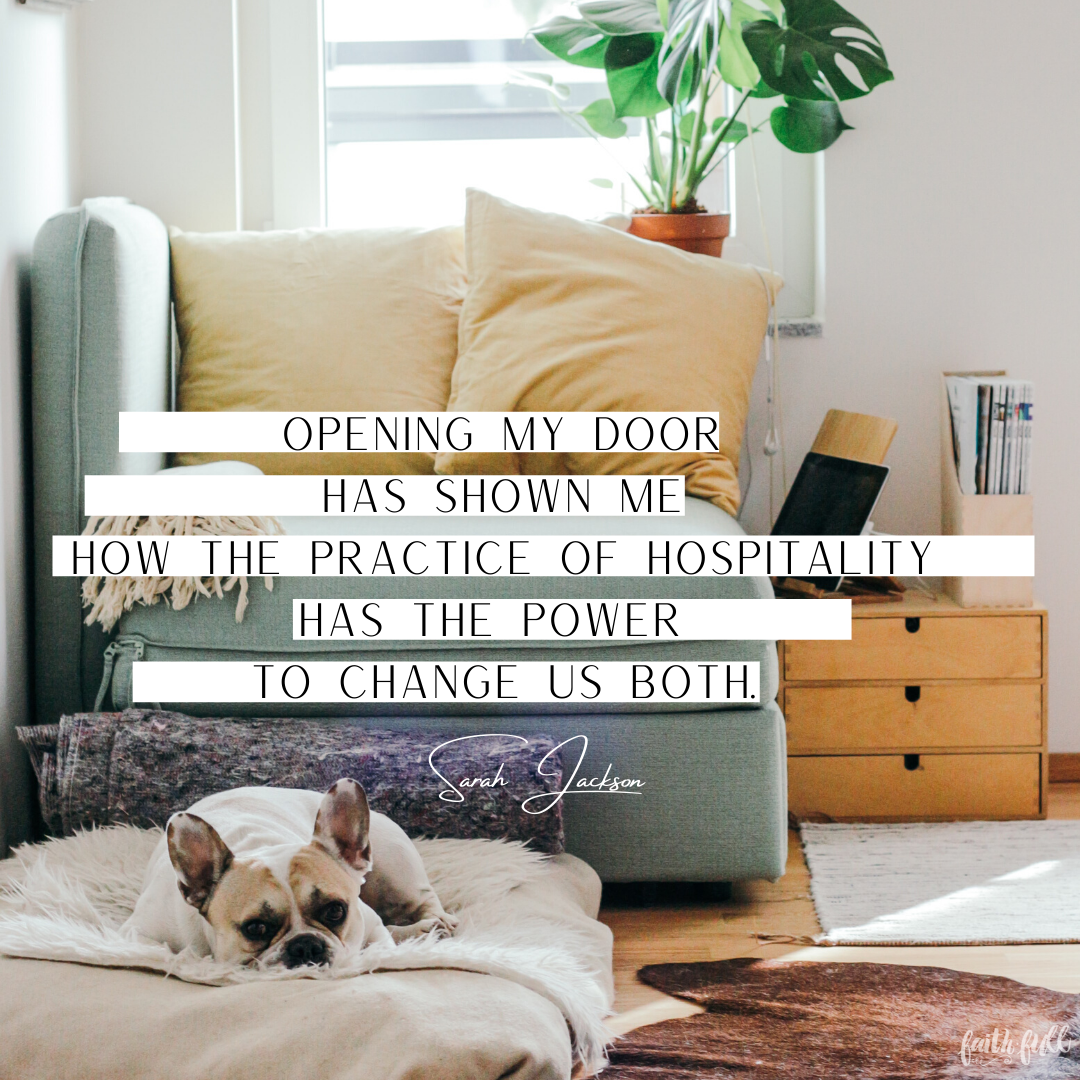 After a long, exhausting day of traveling, I collapsed into a little heap on the dirty Phoenix airport floor. I had just spent three weeks traveling and was ready to be home. My connecting flight was delayed until the following day. My feet ached, the muscles in my body were sore, and my forehead throbbed with every beat of my heart. All I wanted was to fall into bed and sleep for hours and hours and hours. But I decided to spend the night right where I was – on the cold, hard airport floor.

After a few minutes of unsettled rest, I called my mom. She listened to my situation and immediately went into action. She is the queen of connections, and after a couple calls she told me to go outside Gate A in 30 minutes. Some friends of hers would be there to pick me up, take me to their home, feed me a warm meal and offer me a bed for the night. In the morning they would take me back to the airport.

I thought I was dreaming.

But it was real. A few hours later I enjoyed a home-cooked meal, warm shower and clean pajamas given to me by my hosts. I crawled into bed and laid my head on a soft, clean pillow. Here was a family I had never met before who were willing to open the doors of their home to make me feel comfortable in a time of need.

This was one of the most beautiful expressions of love I had been given in a long time.

It was more than just love, though. It was hospitality.

In my book, The House That Love Built, I write, “From the very beginning, Christians took in migrants, a legacy rooted in Judaism, which gave foreigners equal standing in significant ways. The apostle Paul urged his readers to keep up hospitality, a word that literally means ‘love for the stranger’ (philo = love, xenia = stranger). Hosting foreigners and strangers was an everyday, core practice for Christians over nearly two millennia. It was a calling for everyone. And they made strangers feel like family because God said they were family.”

Our nation’s current immigration policies are separating families through indefinite detention. Opening my door to them has been one simple way to show the love of God during one of the most traumatic times in their lives. A guest may be in town to support a son as he makes an appearance before his immigration judge. A husband might come to Denver to say one last goodbye to his wife before she’s deported, never knowing if they will ever embrace one another in a long, tight hug again.  A young woman may have just won asylum but has been released in an unfamiliar city and needs overnight shelter on her way home to her family.

A while ago, a sweet-hearted, young man from Cameroon and I were sharing dinner together at my dining room table. He had just been released from the immigrant detention center in my city after winning asylum. He had fled his war-torn country and was locked up in US detention for a year. Now he was free.

In a quiet moment, he looked around the room and said,

Paradoxically, each person who has stayed in my home has taught me a powerful lesson — that if they are worthy of a stranger’s love, then so am I and so are you. Opening my door has shown me how the practice of hospitality has the power to change us both.

This happened for me last week as I picked up my three year old niece, Gabi, for our weekly walk to the pond. I rang the doorbell and within seconds she appeared, voice squealing, “Auntie Sarah! Let’s go feed the ducks!” Our eyes lit up at the exact same magical second.

Heaven on earth, for me.

Sometimes I imagine when my time on earth is finished, and in an instant, whoosh, there I am, right next to Jesus. I have a feeling that when I finally get to look into His eyes, my eyes will light up. And so will His.

It will feel like home. The place we know we belong.

Someone once told me there’s a big difference between saying “You belong here” and “This was created with you in mind.” My home was created with strangers in mind. Dorothy Day, co-founder of the Catholic Worker movement, said, “Every house should have a Christ Room, a room set aside for the neighbor in need. It is you yourself who must perform the works of mercy. Often you can only give the price of a meal, or a bed. … Often you can literally take off a garment, if it be only a scarf, to warm some shivering person. But we must act personally, at a personal sacrifice … to combat the growing tendency to let the State take the job which Our Lord Himself gave us to do.”

So… who will you invite in?

I’m curious, who was the first person that just came to mind? Or, rather, who was the first stranger? Now, say their name out loud, create something special with them in mind, and invite them in. You may end up entertaining an angel. Better yet, you may act as one for someone who deserves all of God’s abundant love at that very moment.

Written for Faith.Full by Sarah Jackson, author of The House That Love Built.

Can you feel that sense of belonging? Of being wanted, brought in, and cared for? That’s hospitality! Have you experienced that kind of welcome and care? How did it make you feel? Have you opened your door to someone in need? How did that change your thinking? Come share your thoughts with us on our blog. We want to hear from you! ~ Laurie McClure, Faith.Full