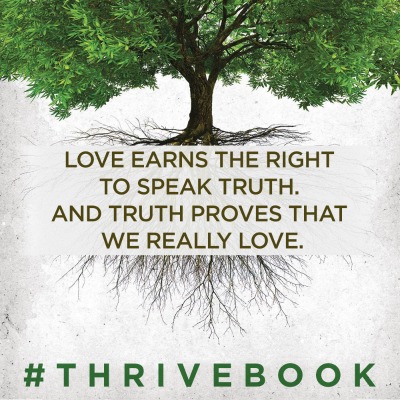 I wrote a song called “Jesus, Friend of Sinners” for Casting Crowns’ album The Well. It showed my frustration with the wrong picture of Jesus we believers have given the world. It also vented my feelings about the anger we exhibit toward lost people for sinning. Write down that sentence when you have a moment and read it out loud.

We’re angry at lost people for sinning. We’re saved and we’re a bunch of train wrecks, but we’re mad at the world for doing lost stuff. At least that’s the message they’re hearing.

If I made that statement as we all sat around a campfire, most believers would say, “Not true.” But it doesn’t matter what we think. The average lost person makes it clear that we come off otherwise. Now, I realize that some of their reactions come from either conviction or dislike of the truth, but we somehow have to connect with the folks who have the wrong image of God’s people and God’s love. It’s apparent some truth made it out to the world, but love didn’t always go with it.

If all you are is truth, you’re hammering rules and standards and unreachable goals. If all you are is love, you’re giving everything a pass; love wins and everybody is going to be fine. We honor God when we strike a balance between the two. Instead of being dually minded to include both grace and truth, we often prove we’re what James calls double-minded (James 1:8). It goes something like this:

A simple illustration of the grace-versus-law debate comes when we’re behind the wheel of a car. When someone pulls out in front of us, we usually react from our gut. “You idiot. How do you even sit up straight? You have to study and prepare to be as stupid as you are.” But when we cut off somebody and she honks at us, our first thought is, Oh, great. Like you’ve never made a mistake before.

How many times have you picked your nose today? But if you look over to another car and see somebody digging in, you think, Look at that guy. How disgusting! I don’t know why we all think we’re invisible when we’re sitting in traffic and mining nose gold, but we look just as disgusting to others as they do to us.

My double-minded ways – the way I see me when I fail and the way I see the world when it fails – don’t stop with others. I’m also that way with God.

If someone fails me, I want to sit him down and show him charts and graphs. I want him to see that he failed, and I want him to admit that he failed. When I fail? Different story. “Well, God, you know my situation. You know all that stuff from my childhood causes me to think this way.” I maintain an extensive list of excuses. My doublemindedness demands mercy from God while I deal justice to the world. That’s why I wrote the lyric “always looking around but never looking up/I’m so double-minded” in “Jesus, Friend of Sinners.” I tried to make myself the principal in the song.

The two main responses I heard about the song are a testament to our struggle with double-mindedness. My heart when I started writing the song is the same heart I have now:

We need to love on people, and no act of love is greater than sharing God’s truth with them. Much of the backlash came from these lines:

Nobody knows what we’re for

Only what we’re against

When we judge the wounded

What if we put down our signs

Crossed over the lines

I received two criticisms. One was from certain pro-life supporters who said, “I can’t believe you would suggest that we support abortion.”

I had to swallow to keep from saying, “Have you heard any of our songs?” How many times do we take the only stance to take, which is pro-life? We flat-out decry abortion in “While You Were Sleeping.” In “What If His People Prayed” and “Just Another Birthday,” we’re clearly pro-life. In fact, we’ve been more outspoken on the issue than perhaps any other artist. How anyone can see anything else in our songs baffles me.

Here was the rub: The criticism of the lyrics in “Jesus, Friend of Sinners” came from a certain segment of people who think that taking a stand for life means holding signs in the air and yelling at fifteen-year-old girls at their most fragile moment.

Does it do any good to scream at girls and women as they walk into a clinic that many of them don’t want to walk into anyway?

To these people, I have a few questions: Is that your best effort? Is that your ministry – to scream, “You’re killing your child!” at a sixteen-year-old? Remember, she is a child. She doesn’t even understand what you’re saying because she doesn’t hear the word child like you hear it. She is one.

Maybe those who are misguided within the pro-life movement could take the six hours they spent planning that day’s strategy and the two hours they spent painting signs, spread that eight hours over thirty-minute increments, and meet with teenage girls in their church to disciple them for a period of six or eight weeks. Maybe that would be a more effective way to demonstrate our Creator’s love of life.

I think the pro-life movement in many ways needs to make statements, but they’re taking up their cause late in the game when they shout at kids outside an abortion clinic. They’re several years too late. If we could start by loving on some of these girls who don’t have daddies, we could get a lot done. As a youth pastor, I work with teenagers every day. I work with kids who have broken homes and broken hearts, kids who are being shuffled back and forth between parents and stepparents or even grandparents. Some don’t shuffle back and forth at all, because of almost zero parental involvement. Instead, they’re raised by their computers and cell phones while the parents work or play.

These kids need mother figures and father figures. To let the media raise them until they start making bad decisions at fourteen or fifteen and then to step back into their lives just in time to yell at them during their lowest moment isn’t exactly the best strategy for sound ministry.

Pro-life awareness needs to happen. Education needs to happen. Showing kids when life begins is beautiful, and we all need reminders of these truths. Lobbying Congress and trying to change laws, espousing the sanctity of life, and fighting for the rights of the unborn are essential strategies for followers of Christ. So my problem with the pro-life movement isn’t the pro-life movement. My problem is with the screamer method.

The second complaint I got from the song picked on its title. “I love your ministry and I love your music, but I just have a problem with this song because Jesus was not a friend of sinners. Jesus is holy and he can have no fellowship with sin and cannot tolerate sin. We are all enemies of God until we are saved. God cannot have fellowship with sin.”

Almost everything in those statements is true. Almost. The word that has gotten lost somewhere in our vocabulary is the word friend.

What is a friend? Does a friend approve of everything his friend does? No.

When I think of a friend, I ask, “OK, what did Jesus do?” Jesus loved people where they were. He ate lunch with them. He spent time with them. He told them the truth in love. That’s all He did, and that’s what a friend does.

Nowadays we think that to be a friend with the world means to sign up and join in with it. But that’s not the case. You can be a friend of someone and not agree with the way she lives. Think about the little kids who ran up to Jesus.

He would crouch down and talk to them. He would take them in His lap. He permitted the children to come to Him. They were sinners too, yet Jesus loved on them. He ate with tax collectors, the most hated people in society at the time. He touched lepers, the biggest pariahs in town. He treated women with love, dignity, and respect, actions rarely shown by men in those days. That’s a friend.

A friend is someone who doesn’t judge, because he knows that he will be judged with the same measure of judgment.

Jesus called out to Zacchaeus, the sorriest guy in town, and said, “Hey, come down here. I’m going to your house. Let’s go eat.”

Few people would do that in today’s church culture. We would think something like, Zacchaeus’s reputation is known far and wide. If I go to his house, it’ ll harm my witness.

When people hurled criticisms of this song, they thought they were giving me a theology lesson on the holiness of God. What I heard through their questions was that they’re mad at the world for being lost. Jesus knew that people sinned because they were fallen, steeped in sin, and spiritually empty. “Those who are well have no need of a physician, but those who are sick. I came not to call the righteous, but sinners” (Mark 2:17).

We all see the sinners, and we all judge them.

This woman over here is living a crazy lifestyle and going from guy to guy because she never had a loving dad. This guy is a constant clown and jerk who shows off and demeans others because no one listens to him at home or work. He needs someone to give him approval, even if it’s getting a laugh at someone else’s expense. This guy buys the nicest cars, nicest clothes, and biggest house and never has a hair out of place because he pursues an acceptance he never found at home. This Goth girl who we all want to write off – she doesn’t smile much, but she thinks to herself, I just fell into this lifestyle, and these people accepted me. Sure, I’ll dress in all black. I’ll do whatever I have to do. I just want somebody to sit with me at lunch.

These examples are generalizations that have one thing in common. They’re people who long for intimate relationships and acceptance because they’ve never had it and have never met Jesus.

We gravitate to where we are accepted. It’s a sad day when the reason so many people remain entrenched in sinful lifestyles is because some of us Jesus people decided, Jesus wasn’t a friend of sinners, and neither am I.

If all you are is truth, then you’re just another blaring sign at an abortion clinic. And that says more about you than it does about the people you target. It says you’re ticked off at the world and you don’t care whether anyone comes to Jesus.

So I wrote another song for the Thrive album. It’s called “Love You with the Truth.” I wrote it as a sequel to “Jesus, Friend of Sinners.” The two songs form an if-then dynamic.

If Jesus is a friend of sinners, then we also can love them with the truth.

I hope no one tries to argue the point.

A friend of sinners always finds the balance between love and truth.

Excerpted with permission from Thrive by Mark Hall, copyright Zondervan, 2014.

“Love earns the right to speak truth.” How have you used love to speak the truth into someone’s life? How do we avoid criticism and encourage understanding? We’d love to hear from you on our blog! 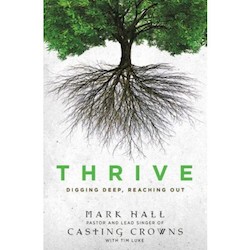 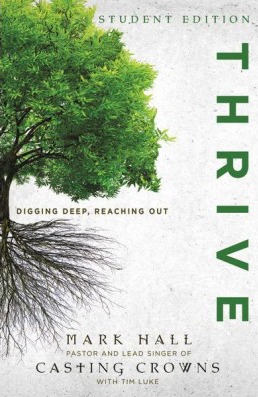