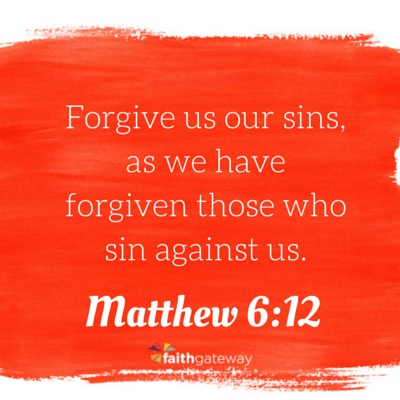 I hadn’t seen my father for ten years. I had no photographs of him at all and just a vague memory of his face the last time I saw him.

When we pulled up to the VA housing complex in Sarasota in our rented van, Duncan saw him first.

“There he is.” He tipped his head to point.

I turned my eyes slowly to follow his gaze, almost not wanting to look. A man was standing under the awning of the complex.

It was him. I saw his dark skin, his head, nearly bald, distinctively square, with a barely visible neck. He was just as I remembered, but bigger, maybe forty pounds heavier than the last time. He was wearing shorts and a striped jersey, the shirt taut over his belly.

I stared at him, suddenly frozen.

What do I do? I thought. How do I play this scene? Loving daughter greeting long-lost father? Kind daughter bringing her children to meet their grandfather for the first time? Angry daughter wanting just a few words from her silent father?

The van stopped. I got out slowly, carrying my youngest, and opened the side doors for the others. The rest of the kids piled out, five more, one after another, like some silly cartoon scene with an unending stream of people erupting from a tiny car. My father stood there, looking past the kids, seeming not to see them, as if they were inconsequential to his life — which they were. When the last one jumped out, suddenly I was on. I knew what to do. I put my toddler down and came and smiled, then hugged the strange man, patting him on the back with my fingers, keeping our bodies separate.

“Hi. How ah ya?” he asked in his Massachusetts accent. He smiled a little, showing his few remaining teeth, all broken.

“Good. We had a little trouble finding this place,” I said with false brightness. It had taken us two days to get there.

We had flown in from Kodiak, Alaska, from the far northwest corner of the country to the far southeast corner. From squalls and stormy ocean to palm trees and traffic. It was March 2006, our spring break. Through some impetus I don’t remember now, I had decided we needed to go to Florida. We would do the usual vacation things, but mostly this was a trip to see my father. He was eighty-four, so I knew this would be my children’s only chance to meet him.

I had never talked about him to my kids. They didn’t know anything about him, and they never asked. He knew nothing about them.

But over my then twenty-eight years of marriage and sixteen years of parenting, I had learned from my husband and from my children what fathers might be for, so I wanted them to know who my  father was, for themselves. Someday they would care.

I had warned the four older kids, ages nine to sixteen, that he probably would not talk to them or even ask their names or ages. They shrugged, accepted this as routine. I worried most about the two youngest, one and a half and three, who thought all grandfathers were like their grandpa back home, an old man who wanted you to sit on his knee, who played hide-and-seek with you, and who asked you questions and gave you hugs. So I didn’t tell them the man in front of them was their grandfather. I just told them this man was my father. Even that felt like a deception.

We decided, finally, on a trip to the beach and loaded into the van, nine of us now, and drove to Sarasota Beach, on his suggestion.

I had no idea what to do on this visit and felt saved by this beach. It was blindingly white, as deep as it was wide, bodies massed on sand and in water. I walked slowly with my father out onto the sand — he walked like the old man he now was. I did not give him my arm. Duncan and the kids ran ahead into the water while I scoped out a stamp of ground for our blanket.

Finding one, I spread the blanket and plopped down. “Can you sit?” I asked, looking up at my aged father as he stood above me.

“No, my hips are bad,” he said matter-of-factly. He couldn’t lower himself onto the sand. I had no idea what to do. I hadn’t considered this possibility. A man nearby heard our dilemma and jumped up to offer his own folding chair; I felt a sudden bright heat — yes, kindness.

I understood as I set up the chair. Later I would get my father a hot dog, then an ice cream. I began to understand. Maybe I could pity him. Surely I could feel pity for this old man. And I could pretend that this was all of my grief, simply the diminishments of age.

We sat there in the white sun on the white beach, just he and I. This was my last chance to know who he was, to find a fissure, something to take me down into that frozen stillness. I asked him about the war, about his mother and father, about his childhood — I knew so little. He didn’t remember much, answering in short, vague sentences spoken sideways, his eyes always away, looking to the ocean. I was bothering him. He wanted to sit in the sun, watch the water, and be quiet. I kept asking questions, trying to store some of his words in my head to write down later, but they evaporated almost as soon as he spoke them.

Two hours later, we were headed back, the day at the beach already exhausted. I was quiet and grim. Had we really spent all that money to fly down here for just two hours? He hadn’t asked the names of my children or spoken to them, except to ask the older ones about the weather in Kodiak. Wanting something to claim from this visit, I suggested one more stop before we let him off — ice cream. We stood in line for our cones, then ate them under a tree as we watched the traffic.

Just before we left the soft-serve stand, I told Duncan to take a photo. I wanted to remember this moment, the last time I would see my father.

He sat at the wooden picnic table with a slight smirk, looking utterly content. I stood behind him, deciding not to arrange my face. I would let it be. My lips taut, mouth clamped shut, containing as much emptiness and want as I could hold. And anger at myself and him. How can I still want? I mused. How can I forgive him for all the years past, for this moment even now? He is utterly content with his ice cream, while his daughter sits beside him, starving to death — and the ice cream is  pretty good today, isn’t it?

I would not come back, I decided. It was the same as always.

He had no interest in being a father and less interest in his third daughter. I was done. I felt a kind of relief that I could finally close that door.

Forgive us our sins, as we have forgiven those who sin against us. — Matthew 6:12

I stopped, eyes wide. What was that word doing there, that as? What was I asking? How many times have I said these words and not heard this? I wondered. I am asking God to base His forgiveness of me on my forgiveness of others? Surely that’s a slip, a scribe’s slide of the pen. How can God’s forgiveness be dependent upon my forgiveness? I did not want to, but I immediately thought of my father, that inanimate bulk of a human being who kept getting in the way.

There was more. I kept hearing the commandment,

And I wondered as I thought about my apathetic father,  How do I honor this man? The question came as a deep puzzle to me, as it did to all my siblings.

Does “Honor your father” apply to us, I questioned, those of us who have been hurt and deceived and abandoned by our mothers or fathers, or even both? Surely if they are dishonorable, we need not honor them! We’re off the hook. Neither did I care to forgive my father and all that had been done in the rooms and houses of my childhood where he sometimes sat and walked — and walked away from.

I’m slow and stubborn, and because my life is so busy, only gradually did I begin to reach this simple conviction: I must forgive my father.

There were others, too, whom I knew I needed to forgive. They suddenly sprang full-bodied before me as I wrote — a man no longer living, a former pastor, a long-ago friend — but my attention was first seized by my father. I knew at the same time that forgiveness was a necessary passage for all sons and daughters. And that my own path, though at times it would feel lonely, would not be singular or solitary.

For those who have suffered at the hands of the very ones who were to cherish and nurture them, the first question is, why should I forgive?

It’s one of the best questions I know. I have asked it myself, sometimes in anger, other times in sincere disbelief. “Why pluck these mothers and fathers off the hook of their own guilt? Why let them go free from the judgment and consequences they deserve? Is that what forgiveness means?”

There are answers to this, I have found — profound answers that shake the very ground we stand on, answers that will likely affect all other relationships around us as well.

These aren’t the only questions. We also ask:

There are many reasons to begin this path: To silence your memories. To forget what’s been done to you. To unlock your own hard heart and walk about free. To do good to someone who doesn’t deserve it. To restore a relationship. Whatever your motives, you are the one to do it.

You knew as soon as you read the title whether or not you need to forgive your father, or your mother, or both. How long have you waited to finally forgive? Maybe your dad or mom isn’t the slightest bit sorry for what he or she did. Maybe they’re gone, never to be seen again. Maybe you still see them and you just endure the bitter undertone, acidic remarks, apathy, etc. Maybe your heart breaks every time you think about them. Maybe you’ve decided that you’re done feeling a shred of sadness or anger. What is your story? Come join the conversation on our blog! We would love to talk about forgiveness with you. ~ Devotionals Daily