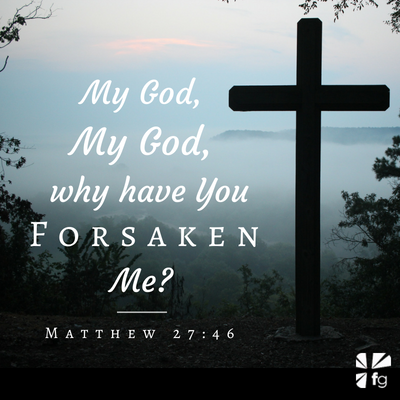 How to Confuse an Angel

What does it take to impress an angel? There’s not much angels haven’t seen, after all. They had a front row seat at creation. They have seen God make a donkey talk. They filled the heavens with praise at the birth of the baby Jesus and rolled the stone away from Jesus’s tomb.

The apostle Peter tells us there is one thing, however, that still blows their minds, one thing that leaves them in hushed silence:

Scripture teaches us the love of God with stories that scandalize us. There’s one more that seems to have left even the angels speechless. It occurs in Mark’s Gospel, and I think it’s the most mysterious passage in all of Scripture. Mark recounts Jesus’s final, private moments with His Father before His death. It’s the kind of passage I like to approach on my knees.

After Judas left to betray Jesus, Jesus retreated to a favorite spot, the garden of Gethsemane, to spend time alone with His Father before the cross. Instead of finding solace, however, Mark tells us He was overcome with horror (Mark 14:33).

Scholars say that the word Mark used to describe Jesus’s feelings in that moment indicates the kind of feeling you’d have if you encountered something so terrible you couldn’t describe it in words — like coming home one evening to find your family mutilated. The emotion was so overpowering that Jesus, who is not one prone to exaggeration, said He almost died from it (Mark 14:34).

What could have been so frightening that merely the sight of it almost killed Jesus? He stood toe-to-toe with demons without flinching. To Jesus, hurricane force winds could be calmed like toddlers. Even the untimely death of his friends, which saddened Jesus, didn’t frighten him.

What could frighten the Son of God?

Actually, it’s what Jesus hadn’t seen that scared him. Throughout His life, whenever Jesus called out to His Father, the Father answered Him with warmth and tenderness, sometimes even affirming Him publicly (Matthew 3:17; John 12:28). This time, however, Jesus was met with silence. Three times in a row (Mark 14:41).

Hearing nothing from His Father, Jesus stumbled back to His disciples and asked them to stay awake with Him (Mark 14:37). This is Jesus — the One who commanded the wind and the waves — so weak that He’s looking for someone, anyone, to lean on.

More than that, He felt rejected by His Father.

One thing I’ve learned about rejection is that the closer you are to someone, the more painful their rejection feels.

Over the years, I have received my share of angry letters from people I’ve never met. They often say unkind things. But they seldom bother me because I don’t have a relationship with them.

If I were to get such a letter from my father, however, telling me that he was ashamed of me, that would be different. We are close, and I have lived for over forty years now in the assurance of his love. Losing his affection would be unspeakably painful. If losing the love of my earthly father would feel like that, what was it like for Jesus to lose the perfect love of His eternal Father?

Luke tells us that Jesus was so crushed by His Father’s abandonment that He began to sweat great drops of blood (Luke 22:44) — a condition doctors call hematidrosis, in which the capillaries in your face burst from intense strain.

A friend of mine spent the day at the pool with his family. When they packed up their kids in the car to go home, he noticed that their three-year-old wasn’t with them. He raced back to the pool and found his son lying unconscious at the bottom. He pulled him out, began CPR, and managed to revive him. They rushed the boy to the emergency room, where he stayed overnight for observation.

The following morning, my friend noticed dozens of small purple blotches like tiny bruises all over his son’s face. The doctor explained that the most likely explanation was that as his son realized he was downing, he had screamed so forcefully for his father that the capillaries in his face burst.

In Gethsemane, we see Jesus — who spoke the worlds into existence, walked on top of angry waves, calmed the fiercest storms, cast out the vilest demons, healed the gravest diseases, and brought the dead back to life — so horrified that His blood vessels burst. The pain of the Father’s abandonment was more than His physical heart could bear.

Long before the nails pierced Jesus’s hands, the journey to the Cross was underway. The Father had begun to turn His face away. New Testament scholar William L. Lane describes this moment in Gethsemane as “the horror of One who lived wholly for the Father, who came to be with His Father for a brief interlude before His death and found hell rather than Heaven open before Him.”1 In that moment, God gave to Jesus a glimpse of what He was about to go through on the Cross, where He would cry out in agony, “My God, My God, why have You forsaken Me?” (Matthew 27:46).

In this one moment, Jesus experienced a taste of hell for us, because that’s what hell is — total abandonment by God.

No wonder the angels watched in stunned silence.

Abandonment by God is not something we can possibly imagine, nor will we ever have to as His sons and daughters. Jesus endured it for us. Come share your thoughts with us on our blog. We want to hear from you about the hell He endured for our sake. ~ Devotionals Daily