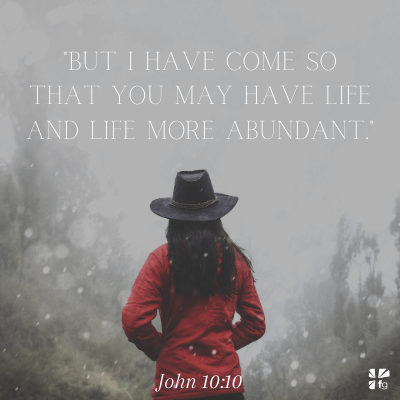 Austin Carlile walked into our interview owning exactly three suitcases worth of belongings. He had lost everything else, even his mother’s ashes. Before this, he had risen to fame as the lead vocalist of the hit band Of Mice & Men. But he soon found only God could give him peace. And that is worth everything else he might earn in life. Perhaps, the holiday that celebrates the night the Son of God gave up Heaven and slept in a feeding trough could remind us that peace can’t fit in a package beneath our tree.

Austin’s journey began with the divorce of his parents when he was fifteen years old.

“There was always a lot of love,” he recalls. “Having it ripped apart was a big deal for me. It was a shock.”

He went to live with his mother but just two years later, she would die from a ruptured aortic aneurysm resulting from a rare genetic disorder called Marfan syndrome. He, too, would be diagnosed with this disorder. When she died, he cursed the God he grew up believing in.

“For the first time in my seventeen years, I said words that I’d never said. I threw my hands in the air and cursed God. This is where my life changed.”

He ran to music to soothe his aching and angry heart.

“I had all this rage,” he says. “A lot of it was toward God. I could yell into a mic and get all of that rage and hate out.”

His band, Of Mice and Men, gained a massive following. But musical success never brought the release and peace he sought. He started to drink heavily and smoked marijuana. When chronic pain began to flare up due to his Marfan syndrome, he added to this prescription drug abuse. But no matter what he tried, the emptiness and discontent in his soul never abated. One day after playing yet another show, he climbed onto the roof of his bus.

“What am I missing?” he said to his father on the phone. “What am I doing wrong? I’m depressed. I’m in pain. My band is building all this success, but I still feel so empty and hurt and lost.”

“Where’s God in your life?” his father responded.

That simple question sent him back to the Bible. He sobered up and opened the Book he’d so long ago written off.

“God, I want to come back,” he finally prayed. It was in this new start with God that he found the peace he’d always wanted.

But during this time his health also continued to deteriorate. Marfan syndrome caused tears to develop in the membrane enclosing his spine. The resulting pain forced him to stop touring with his band.

He put all his belongings in a storage facility and moved to Costa Rica to be close to his father. Sometime later, the credit card paying for his storage unit expired. New owners had taken over at the storage facility. When his card bounced, the new owners didn’t know how to get a hold of Austin. When the grace period elapsed, they sold everything he had at auction.

It was shortly after this that Austin came in to share his story with us at I Am Second. He walked into the interview having lost everything. He no longer toured in his band or played his music. His belongings, recording equipment, and even his mother’s ashes were all gone. He had only three suitcases of stuff, brought with him on the plane when he went to Costa Rica.

“I still don’t have anything,” he told us. “I don’t have a job. I don’t know what’s next. I don’t know what God is planning. But I have so much more joy, peace, and happiness now than I’ve had in my entire life. God showed me that everything I need is in Him. I literally have nothing else.”

The holiday season is filled with contradictory messages.

We celebrate the humble birth of Jesus with extravagant parties and gift giving. The Son of God gave up Heaven itself to be born a Baby to an unwed teenage mother in a cave. This is memorialized by eating frosted cookies. Jesus spent His first night here on earth sleeping in a feeding trough amidst the smell of sheep and cows. For clothing, He had nothing but strips of linen normally only used to bury the dead. And yet, we remember this utterly impoverished birth of our King with feasts and enough presents to blow up the credit card bill for months to come. It’s a holiday of excess to celebrate a King who came with nothing.

This isn’t an article that says you should stop giving presents or going to Christmas parties. This isn’t where I guilt you into returning the new bike for your kid or where I tell you to stop with the eggnog lattes. But this is where I remind you that Jesus taught,

Jesus Himself came poor and died poor. Even the clothes on His body were gambled away by His executioners. This should dramatically reorient the value we give to our possessions and the gifts we are giving this season.

the thief comes to steal, kill and destroy, but I have come so that you may have life and life more abundant. — John 10:10

Sometimes that thief kills by giving us enough stuff to drown ourselves. He destroys peace by giving us more to worry about. He steals happiness by convincing us that happiness is related wealth, health, or status.

This Christmas let’s remember that peace came into the world because the King of the Universe gave up everything, even His own life, for us.

Written for Devotionals Daily by Doug Bender, author of I Choose Peace.

Have you ever run from God before out of anger, grief, or disappointment? What happened that brought you back? If you’re still running, God’s peace is waiting for you. Anytime you want to come back. He’s here for you. Come share your thoughts with us on our blog. We want to hear from you about finding peace. ~ Devotionals Daily