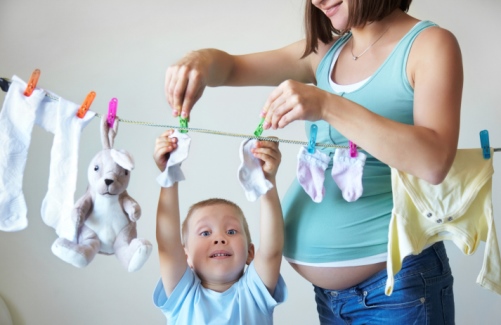 There’s no clear guide for parents on how to raise selfless kids in today’s world.

No parent leaves the maternity wing with the stated goal of raising that little bundle of joy to become a self-absorbed, spoiled brat who is oblivious to the needs of others. But even well-intentioned parents can lose their focus, and when they do, it affects their aim.

It’s easy to let our focus be drawn away, to get caught up in the details and stresses of life, to give up or give in. We don’t mean to let this happen; it just happens when we get distracted, when we’re not paying attention, when we run out of time and energy and intentionality. When too many demands clamor for our attention.

We lose sight of the mark. We hit the wrong target. And we lose a whole lot more than a gold medal and a place in sports history.

If you want to hit the right target, you have to know what you’re aiming at.

 That sounds pretty simple, doesn’t it?

It is simple. But it’s not popular. It’s not the way of modern American society. It’s not even the way most Christians live in the world. The target is not success or happiness or financial security or personal fulfillment. It’s not adulation or appreciation or applause.

It’s nothing more—and nothing less—than living out the example that Jesus gave us.

The target is raising children who are others-oriented. And I assure you that you won’t hit this goal by accident. Husband, dad, and pastor Craig Groeschel says:

If you don’t want your family to turn out like every other family, then you will need to raise them differently than everyone else.

Being others-oriented is about as counter-cultural as it gets. Self-centeredness is so prevalent in our world that we don’t even recognize it anymore. We are a society of the entitled; we think we deserve whatever we have—and then some. It was true in Jesus’ day, and it’s still true in our own time: what matters most in this world are money, power, and self-exaltation.

How did we become such a spoiled, self-absorbed, entitled people? Well, think about it. We want the best of everything—the best house, the best car, the best job. If we can’t afford it, we charge it because, after all, we deserve it.

Even if we haven’t lived that way ourselves, it’s all too easy to fall into the trap once we become parents. We treat our children as if they are the center of the universe. We want to give them everything we had—and more.

Before Children (BC), we all subscribed to the belief that we wouldn’t call attention to the amazing feats of our offspring. But that vow goes out the window as soon as Junior smiles, rolls over, passes gas, or takes his first step. The universe screeches to a halt while two-year-old Amy spells her last name; everyone waits with unbridled anticipation to hear Jimmy burp his way through the alphabet. All eyes and ears turn to the precious, precocious offspring; friends and family take note and feign amazement.

While it’s doubtful that any of these earth-shattering skills will appear on future résumés or win anyone a slot on America’s Got Talent, she’s your child, and therefore she’s nothing short of spectacular. And spectacular, of course, deserves spectators.

If being others-oriented doesn’t sound quite “normal,” that’s because it isn’t. Our carnal, sinful nature longs for praise, attention, and accolades from others. The only place people don’t want the front row is—you guessed it—in church.

In other words, Romans 12 calls us to be transformed. It sounds countercultural—because it is. You’ll be swimming against the tide. But the earlier you start that swim, the easier it becomes.

Parents, prepare yourself. This type of child-rearing requires a radical new way of being. You’re about to disrupt your parenting and break away from cultural norms. If raising selfless kids is so counter-cultural today, how do you do it? What’s the best way you’ve found to help your children become more others-oriented? Essentially, how do we raise children who naturally honor others above themselves?