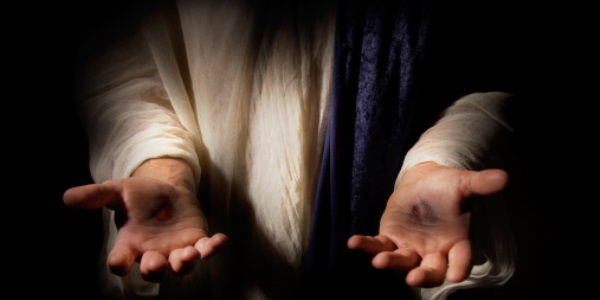 This week’s Bible study discusses the humanity of Jesus – that he was truly God and truly man in the fullest sense of the terms. For this study and discussion, we turn to an excerpt from Start! The Bible For New Believers. This Bible, which uses the New King James Version as its text, contains necessary insights on how to grow into a mature Christian. The following excerpt comes from the Essentials: What Every Christian Needs To Know About God And Jesus section of the Start! Bible.

“If you want to know what God is like, then look at Jesus Christ, for He was not a mere representative of God, but God Himself among us. He was not a glorified man, but God in human form. Jesus Christ as God with skin on! Jesus embodied all the attributes of God… yet He was a man who walked our planet, breathed our air, and felt our pain.”

Jesus veiled His deity; He never voided it

The apostle Paul wrote, “Who (Jesus), being in the form of God did not consider it robbery to be equal with God, but made Himself of no reputation, taking the form of a bondservant, and coming in the likeness of men. And being found in appearance as a man, He humbled Himself and became obedient to the point of death, even the death of the cross.” (Philippians 2:6-8 NKJV).

Let’s consider some facets of the very real humanity of Jesus.

When He met the woman at the well, we are told He was weary. He did not float from place to place; He walked, just like every other person.

After He fasted for forty days in the wilderness, we read that “He was hungry.” He never did a miracle for His own benefit. During His temptation in the wilderness, for instance, Satan told Him to turn a stone to bread, but Jesus refused (Luke 4:3, 4).

When on the Cross, no doubt extremely dehydrated, He said, “I thirst!” Ironically, this from the very One who created water. He could have spoken but a word, and a fountain would have gushed forth. But He didn’t.

On His way to Calvary, bearing His cross, He fell beneath the tree’s great weight. A man name Simon, from Cyrene, had the great privilege of carrying it for Jesus for a short distance. Jesus died like a man in the sense that His body ceased to function, just as ours does when we die.

He didn’t get angry as we do when we fly off the handle (can you imagine God having a temper-tantrum?) Jesus never got angry with sinners, per se, but primarily with those who misrepresented God to the people. Jesus, with righteous indignation, drove the moneychangers out of the temple because they were preying on the people instead of praying for them. They were keeping people from approaching God (Matthew 21:12,13).

When He stood at the tomb of Lazarus, He wept—probably in sympathy with those who had lost one they loved, but also perhaps a sadness for Lazarus himself, who would be called back from the glories of heaven to earth (John 11:35). He also wept over the city of Jerusalem, knowing the devastation that would befall her because of her sinfulness. The Greek word used is strong, signifying bitter anguish, as though one mourned the dead. It was audible (Luke 19:41)! The Bible says, “We do not have a High Priest who cannot sympathize with our weaknesses, but was in all points tempted as we are, yet without sin. (Hebrews 4:15).

Here’s another one that may surprise you: Jesus was tempted! “But doesn’t the Bible teach that God was perfect?”  Someone else asks, “If so, how could Jesus be tempted? Doesn’t the Bible say ‘God cannot be tempted by evil?” (James 1:13).

So then, was Jesus, who was God, tempted or not? Answer: He was tempted, but He did not have the ability to give in. Luke 4 tells He was driven to the wilderness to be tempted by Satan. Jesis felt the presence and pressure of temptation like we do. But remember, Jesus did not have that sinful nature that you and I have, so there was not that necessary element present for temptation to succeed. Jesus was tempted, but He was not vulnerable to it like you and I are.

Read through the material presented above from Start! The Bible For New Believers. Discuss each point as you read.

Watch the Video & Learn about the Start! Bible 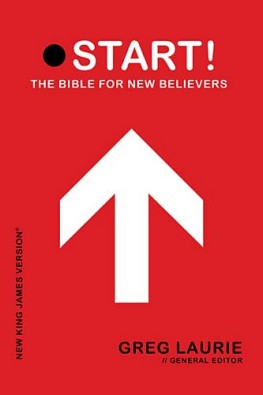