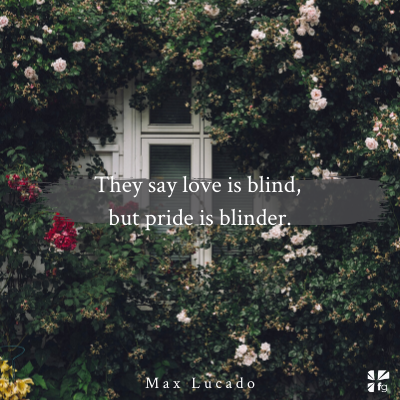 Most of the players in the Christmas drama inspire us with their faith. Mary, who had great courage.

Joseph, who was obedient.

The shepherds, who came quickly and worshipped willingly.

The wise men, who traveled far and gave generously.

Most of the characters in the Bethlehem drama behaved like heroes. But there was one who played the role of a villain.

Then Herod, when he had secretly called the wise men, determined from them what time the star appeared. And he sent them to Bethlehem and said, “Go and search carefully for the young Child, and when you have found Him, bring back word to me, that I may come and worship Him also.” …

Then Herod, when he saw that he was deceived by the wise men, was exceedingly angry; and he sent forth and put to death all the male children who were in Bethlehem and in all its districts, from two years old and under, according to the time which he had determined from the wise men. Then was fulfilled what was spoken by Jeremiah the prophet, saying:

“A voice was heard in Ramah, Lamentation, weeping, and great mourning, Rachel weeping for her children, Refusing to be comforted, Because they are no more.” — Matthew 2:7-8, Matthew 2:16-18 NKJV

Herod and the magi share the same chapter, but they didn’t share the same heart. The wise men traveled a great distance to see Jesus. Herod refused to leave his own city. The wise men presented their treasures to honor the child. Herod attempted to kill him. The wise men saw Jesus. But Herod? He saw no one but himself. As a result, his obituary forever contains the sad designation: the first person to reject Jesus Christ.

Dean Farrar, a nineteenth-century British scholar, gave this sobering assessment of the king: “His whole career was red with the blood of murder… Deaths by strangulation, deaths by burning, deaths by being cleft asunder, deaths by secret assassination, confessions forced by unutterable torture, acts of insolent and inhuman lust… the survivors during his lifetime were even more miserable than the sufferers.”1

Herod killed three of his own sons. Caesar Augustus once declared, “It is better to be Herod’s hog than his son.”2 What happened to the king? What caused him to commit such violent acts?

Herod was hooked on his own importance. His arrogance blinded his view of Christ. His ego was threatened the moment he heard the magi’s question:

Where is He who has been born King of the Jews? — Matthew 2:2 NKJV

Herod was “deeply disturbed by their question” (Matthew 2:3 TLB). King of the Jews? Why, that is my title! That is my assignment! Under the pretense of interest, Herod asked the temple priests and scholars where the Messiah would be born. When Herod learned the answer, he told the wise men,

Go and search carefully for the young Child, and when you have found Him, bring back word to me, that I may come and worship Him also. — Matthew 2:8 NKJV

He could not bring himself to say, “Search for the king.” He could only muster, “Search for the Child.” He didn’t have the integrity to make the three-hour trip or even to send an agent from his court but instead relied on the star-gazers to find the child. The wise men did so, yet having been warned in a dream to go home another way, they bypassed Herod on their return trip. Their detour left the megalomaniac livid and bloodthirsty, which resulted in the Bethlehem holocaust.

Just as the same shaft of sunlight in a barn can cause birds to sing and rats to scurry, the same message stirred the worship of the wise men and activated the ire of the king. Herod knew enough to realize that the star and scripture were a forecast of the Messiah, but he used that knowledge to carry out an infanticide. Believing is not obedience, and pride eclipses the right choice from us, even when we know the truth.

They say love is blind, but pride is blinder.

Herod’s pride hurt other people. Doesn’t it always? How many apologies has self-importance silenced?

How many compliments has arrogance muted? How many broken hearts trace their wounds to someone’s stubborn, unyielding, my-way-or-the-highway attitude?

The other day I saw some children at play on a large vacant lot where someone had dumped a mound of dirt. They were playing the greatest of kid games: King of the Mountain.

The rules are as simple as they are brutal: fight your way to the top, and shove off anyone who threatens to take your spot. It was a slugfest of crawling, pushing, and falling.

King of the Mountain is not just a kid’s game. Versions are played in every dormitory, classroom, boardroom, and bedroom. And since mountaintop real estate is limited, people get shoved around. Mark it down: if you want to be king, someone is going to suffer. Your uppitiness won’t prompt a Bethlehem massacre, but it might prompt a broken marriage, an estranged friendship, or a divided office.

Pride comes at a high price.

Don’t pay it. Consider the counsel of the apostle Paul:

Do not think of yourself more highly than you ought. — Romans 12:3

“How much larger your life would be if your self could become smaller in it,” wrote G. K. Chesterton. “You would break out of this tiny and tawdry theatre in which your own little plot is always being played, and you would find your- self under a freer sky.”3

Some time ago I was honored with a nice recognition. A friend learned about it and said, “Max, God gave you that honor because you were humble enough not to let it go to your head.” What kind words! The more I thought about what he had said, the better it felt. The more I thought, the more I agreed. As the day went on, I felt better and better about being so humble. I was proud of my humility. That evening I was just about to tell Denalyn what he had said when I felt a conviction. I was about to brag about being humble!

Humility. The moment you think you have it, you don’t. Pursue it anyway. A recurring message of Scripture is that God loves the humble heart. Jesus said,

Though the Lord is supreme, He takes care of those who are humble. — Psalm 138:6 NCV

He also says, “These are the ones I look on with favor: those who are humble and contrite.” — Isaiah 66:2

And to the humble, God gifts great treasures.

He gives wisdom: With the humble is wisdom. — Proverbs 11:2 NKJV

He gives direction: He… teaches the humble His way. — Psalm 25:9 NRSV

And most significantly, He gives grace: God… gives grace to the humble. — 1 Peter 5:5 NKJV

And this reassurance: He crowns the humble with salvation. — Psalm 149:4 WEB

God loves humility. And by the same token He hates arrogance.

Everyone proud in heart is an abomination to the Lord. — Proverbs 16:5 NKJV

Do nothing out of… vain conceit. — Philippians 2:3

Do not let arrogance come out of your mouth. — 1 Samuel 2:3 NASB

Just as He gives grace to the humble,

Ponder your achievements less; ponder Christ’s more. Spend less time on your throne and more at His Cross. Brag on His work, not yours. You are valuable, but you aren’t invaluable.

It is Christ who matters, not us.

Learn a lesson from the sad life of Herod. It’s always better to step down from the pedestal than to be pulled off of it. Like the innkeeper, Herod missed an opportunity to see Jesus.

God did everything necessary to get Herod’s attention. He sent messengers from the East and a message from the Torah. He sent wonders from the sky and words from Scripture.

He sent the testimony of the heavens and the teaching of the prophets. But Herod refused to listen. He chose his puny dynasty over Christ.

He died a miserable old man.

“Realizing how the people disliked him, he ordered his sister Salome and her husband Alexas to slay all the leaders in the hippodrome at the moment of his death, in order to ensure national mourning rather than a festival.”4 The massacre did not occur. His final decree, like his life, proved empty and vain.

Excerpted with permission from Because of Bethlehem by Max Lucado, copyright Max Lucado.

Let’s not get caught up in pride as Herod did. We want God to be for us, not against us, to take care of us and our concerns, not to oppose us. Let’s turn our hearts toward the manger and be humbled in the presence of Jesus. Come share your thoughts with us on our blog. We want to hear from you! ~ Devotionals Daily