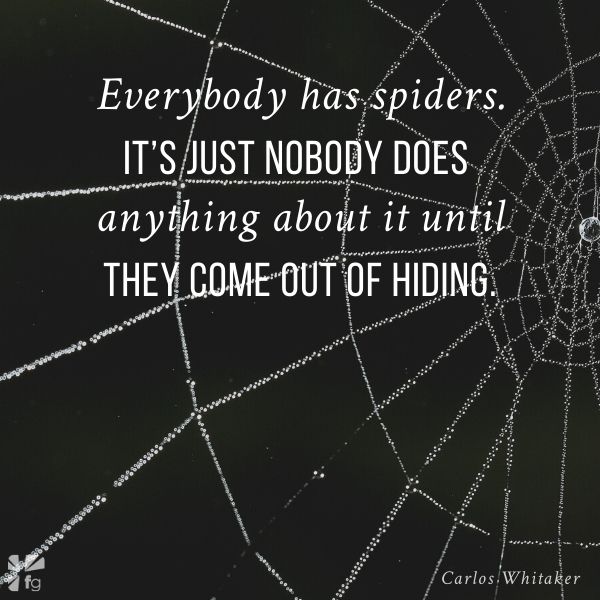 My family recently moved to a new home on the south side of Nashville. “New” is probably a little misleading, but what can I say? It’s new to us. Actually, it’s a 1955 ranch-style home on a  corner lot in a great neighborhood. I like the corner lot because that means more people can see how incredibly manicured I keep my lawn — way better than if I were living at the end of a cul-de-sac. (Yeah. I’m that guy.) Four bedrooms, three baths. A finished basement and a garage with a shop. Move over Cleavers. The Beaver’s hood had nothing on Los’s new hood.

We’d been in the house just a few months before we took off for a summer road trip, leaving the house to pet sitters and a few guests who needed a place to lay their heads as they passed through Nashville.

We were on a stretch of deserted highway in the middle of nowhere Wyoming when a friend staying at our house called Heather, clearly rattled. The panic in our friend’s voice came through loud and clear even though I couldn’t hear what was being said. I braced myself for the upcoming conversation where we’d have to tell our kids that their dog Pope had tragically died in some unfortunate set of circumstances.

“Really? Are you sure?” Heather asked our guest. “I’ve never seen one the entire time we’ve lived there. Okay. That’s fine. Okay. Just tell me how much,” Heather said in a calm cadence over the phone. What in the world were they talking about? Heather hung up the phone.

“Natalie said she saw a spider on her bed. She thinks it’s a brown recluse,” Heather explained. “She’s kinda unnerved about it.”

“There’s no way it was a brown recluse. It was probably just a garden spider. Tell her to stay upstairs and out of the basement. It’s no big deal. We will deal with it when we get back,” I replied.

Immediate chaos commenced. Five Whittakers and 41,233 pieces of luggage. When we walked into the house it felt different than when we’d left. Not bad. Just different. When a home is lived in by five people on a daily basis, the smells from the kitchen, the dirt from the nine-year-old shoes, the chaos of the tweens’ lives spills over everything. The house lacked the right smells, touches, and life. It was clean, but lonely looking. Ah, well. It’d be back to usual soon, I reasoned.

In the back of my mind was Natalie’s run-in with that “brown recluse” spider. I still wasn’t convinced that’s what it was, but something about that cobweb had me peeking under every pillow.

“Change the sheets on your beds, kids,” I yelled out. Funny how that spider sighting a few weeks earlier was suddenly bothering me more than it was when I was in Wyoming. As we settled into our evening rhythms, everything felt right. It smelled right. We had an incredible evening together, snuggling our 115-pound Bernese mountain dog and apologizing profusely for leaving him for so long. At the end of the night, Heather crawled in bed and was reading one of her Amish love-story novels. I was watching SportsCenter in the living room and the kids were sucking up all the Wi-Fi they had been deprived of in the minivan. That’s when I heard the scream. Not a yell, no, it was a scream. It came from my bedroom. I was halfway there when I saw Heather running and stripping off her pajamas. What in the world?!

“It’s a spider! It was a spider on our bed, Carlos. On our bed. You have to find it and kill it. Go find it. I want to move. This is not okay. Go find it. OMG,” Heather spilled out.

I found the spider. It was a brown recluse. And it was on my bed. In a matter of five seconds, the most important thing in my life was ridding my home of spiders. Funny how I was fine putting a Band-Aid on the problem before, telling poor Natalie to just “move upstairs,” and now I was ready to drop a nuclear bomb on my house to get rid of the problem.

I had a “spider guy” at my house by noon the next day, and extermination began. It was a month before we were free of spiders. We not only had to exterminate them, we had to fill any holes in the cracks of our walls, ceilings, and closets that they could sneak through.

“This summer heat has these recluses coming out into the open,” the spider guy said. “Every neighborhood with houses like yours, built in the fifties are calling me. Everybody has spiders. It’s just nobody does anything about it until they come out of hiding.”

Here’s the thing: There was something sinister in my life—something I didn’t even know was there—and it was threatening my life. It almost cost me everything.

Anyone who knows me will tell you: I love telling stories. So much so that I’ve found a way to do it for a living, speaking at conferences and churches, leading people in worship, and vlogging our family adventures on YouTube. Often my beautiful wife and three amazing kids come along and we just have great adventures, drinking deep of every drop of the good life. It’s not a stretch to say I’m living the dream. What’s not to love? I get to make a living pointing to the Good News—that God is here for us in every season of life no matter how you feel. He is right there. God animates my life, constantly extending grace and power to me, blessing me over and over again. And I get to tell people about this goodness—for a living!

And yet (comes the dreaded next line), not too long ago I woke up to the reality that I was stuck, repeatedly messing up. I was hurting people and bringing shame and stress on myself and my family, even while I was lifting up the name of Jesus, striving to live in communion with Him, and doing all I could think of to glorify the name of Jesus. Traveling the world, seeing that same Good News transform lives, I was still somehow doing destructive things and hurting the people I love most.

How is this even possible? How can a person lift up the name of Jesus with one hand and simultaneously destroy his own life with the other? Do you know what I mean? Have you been there? Can I get an amen? Have you ever thrown up your hands, wondering why in the world you keep feeling more like the prodigal son gone back to the hog pen and wishing you could eat their slop, even after you’ve already been welcomed back into your Father’s arms? Have you ever wondered, “Why in the world do I keep making the same mistakes?” Maybe you’ve realized you have some addictive behaviors. Maybe fear has motivated your decisions more often than you’d like. Or—and this is a big one—maybe you know Jesus is your Savior, but somehow you still feel like you need saving. It’s a never-ending battle, and you just can’t win. People, this is the book for you.

Truth is, that’s the perplexing mind-set I was in when something crazy happened. I had a pretty miserable, phenomenal, mind-blowing week on a farm just outside Nashville that turned into an epic mountaintop kind of experience. The kind of experience that changes a person from the inside out. The kind you can’t help but share. That’s why I’m coming clean, sharing my story. My story about hunting down the spider.

“And He has said to me, ‘My grace is sufficient for you, for power is perfected in weakness.’ Most gladly, therefore, I will rather boast about my weaknesses, so that the power of Christ may dwell in me” (2 Corinthians 12:9 NASB).

What are the spiders in your life? What sin keeps your entrapped, or what mistakes do you seem to make again and again? We’d love to hear from you in the comments.

I really wish Carlos had not written this book. I wish he had written a book called Eat the Gumdrop or Ride the Unicorn, but he had the audacity to write Kill the Spider. This is not just a book, it’s a declaration of independence. Now that he’s faced his demons, the rest of us have no excuse not to face ours. You need this; it won’t feel good, but you need it.

One of the hardest things to do is look at yourself honestly. And to do so without self-criticism—but with the passionate desire
to improve your life for the sake of others—is even harder. Carlos Whittaker is a fitting guide for the journey. He will take you to
the hard place and turn the light on.

Carlos Whittaker has created a vehicle for all of us to better understand the aspects of our lives that prevent us from being free to grow and love without limitation. Kill the Spider is a masterpiece! I could not put it down. You won’t be able to either.