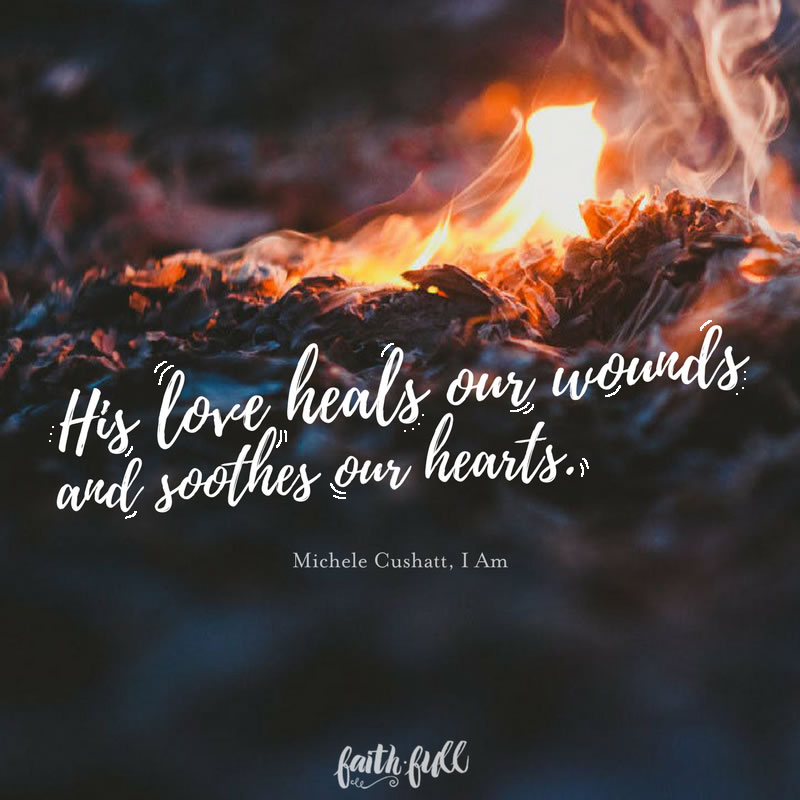 The night held magic. I knew it before the sixteen-year-old boy standing next to me reached for my hand.

Although we went to the same high school, I couldn’t believe it when he asked me out. He was an athlete, part of the popular crowd. I was completely average, an insecure academic who didn’t have the looks or charm or sass to be part of any elite group.

So when he asked me to dinner, I fell all over myself saying yes. Clearly, my high school luck was changing.

I remember nothing about the date except for its ending. After driving us back to my parents’ house, he grabbed my hand and took me outside for a walk.

The moon and stars filled the fall sky like scattered shards of crystal. The evening was just cool enough to require a light jacket, but nothing more. Idyllic conditions for a romantic, hand-holding walk. Everything about the night seemed perfect. Which is why I didn’t balk when he pulled me to a stop and leaned in. His lips touched mine in an explosion of adolescent fireworks.

In seconds, I went from unwanted to wanted, average to extraordinary.

I floated like a balloon on a string held in his hand as he walked me back home.

The magic of the moment carried over to the next morning. Someone liked me! After years of girlish longing, it felt amazing to be wanted. Little did I know, the dream wouldn’t last. Too soon, the magic proved nothing but an illusion.

The truth became clear when I arrived at school. Within seconds, the girl sitting next to me in class said words that stopped me cold: “Something looks different about you today, Michele. Like something happened last night, for the first time.” It wasn’t her words as much as the gleam in her eye that gave her away.

Heat filled my cheeks. I tried to shrug it off, but even my naive self knew something was amiss. My fears were confirmed when another girl — someone I’d known for most of my life — said something similar. Throughout the day, more smirks and comments came my way. Then, when the boy never again acknowledged my existence, reality made itself plain.

The entire thing had been a setup. A sham. A few weeks before, I’d confided to a friend that I’d never been kissed. She spilled my secret to a high school full of unmerciful teenagers. What I thought was magic was merely a popular boy’s response to an adolescent dare.

Nothing but a game. He won. I lost.

I lost far more than my first kiss that day. I lost my innocence. I’d been duped, manipulated, and misled. I wasn’t wanted; I was used. A prop to propel a teenage boy a little farther up the popularity scale.

As a result, I bought into the belief that the only way I’d ever be wanted is if I worked at it. I needed to put on a good show and put some effort into being worthy.

My experience with human love has, at times, left me jaded and self-protective. I’m afraid to trust love, to lean into it. I’m afraid I’ll find myself once again duped and unwanted. And yet the Bible promises God’s love can be counted on. Do I trust His sincerity? Do I believe He will not fail me?

There’s a story in the Bible about a woman who needed to be noticed by a man. When Ruth’s husband died suddenly along with her father-in-law, she became destitute, along with her adored mother-in-law, Naomi. Wanted one day, alone and without resources the next. No spouses, no means of income or provision. Alone.

Until Ruth discovered she had a kinsman, a relative who could assume the role of husband out of respect for his deceased relative.

But it was a long shot. Why would this relative, Boaz, want to give up his independence for a widow and her mother-in-law? An unnecessary burden. And yet Ruth and Naomi both knew it was their only option.

So one night, after the day’s work was done, Ruth walked over to the field where Boaz worked. She found him asleep on the threshing floor, likely exhausted from a full day’s work, and she curled up at his feet to sleep. As custom dictated, when he awakened to find that Ruth had “thrown herself at his feet” during the night, Boaz had a choice to make: receive her as his wife — and become her kinsman-redeemer — or reject her request. It may seem difficult to understand, but Ruth’s life hinged on the whims of one man’s wants.

Have you been there? Maybe you’re not a woman waiting for a man. Maybe you’re simply a person waiting to be wanted. You trusted love once upon a time. But then a rejection or loss. An injustice or betrayal. Something hardened within. Never again would you throw yourself at the feet of anyone. Never.

I understand. But I’ve learned something since that devastating first kiss.

Human desire is a flawed echo of a flawless love.

While there is merit in romance, it was never meant to be the apex of all love. Instead, it’s merely a hint of something far better.

God is love. We are wanted by One who plays no games and hides no ulterior motives. His love heals our wounds and soothes our hearts.

And when we throw ourselves at His feet, there is no fear of what the morning will bring.

For the morning brings with it the knowledge that we’re already wanted.

We’re redeemed by the One who holds the power to do the redeeming. Every lesser love is merely child’s play.

To know that love is of God and to enter into the secret place leaning upon the arm of the Beloved — this and only this can cast out fear. —A. W. Tozer, The knowledge of the Holy

As much as Hollywood and our own fantasies attempt to fool us, human love will always fail us to some degree. It’s beautiful at times, no doubt about it. But divine love will always leave human love wanting. Human desire is merely a hint of something greater, even on its best days. Do you have unrealistic expectations of human love? How can the reality of God’s desire for you bring healing to your past and current relationships?

I don’t know about you, but love from family and friends has been both heartbreaking and glorious. We’re just not great at love, are we? We all get broken by others sometimes, don’t we? And, sometimes we are the ones who do the hurting, too. Come share your answers to Michele’s questions above. We would love to hear from you on our blog! ~ Laurie McClure, Faith.Full