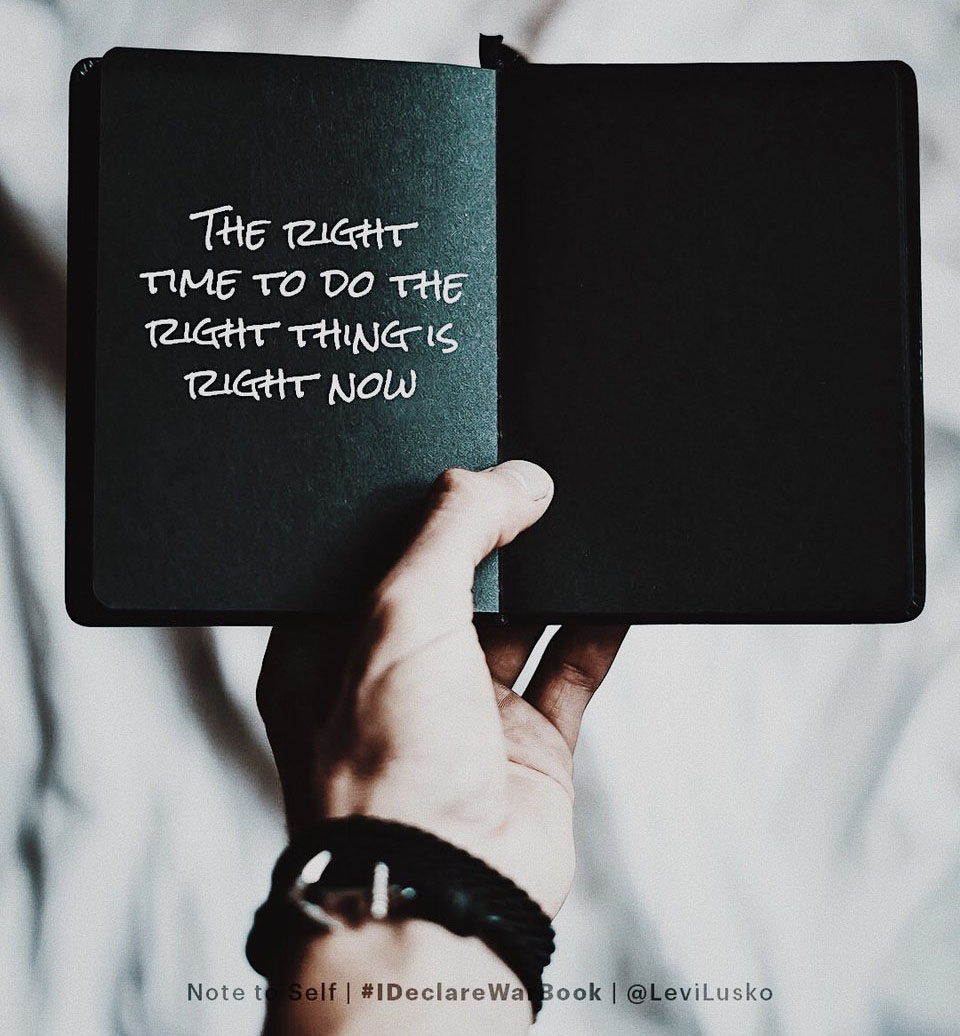 I Declare War on My Mouth

There’s no other area that is easier (for me) to mess up with, and that has caused more heartache afterward, than talking. I’ve shot my mouth off and felt remorse so regularly that it is a great source of sadness for me. I measure how well a meeting went not by the number of good ideas I had or whether the content was covered but by whether it ends without me having said something I want to take back.

You know that feeling when you walk away from a conversation and the perfect insult comes to your mind just a minute too late? (“Well, the Jerk Store called, and they’re running out of you!”) The French have a term for it: esprit de escalier, or the witty comeback you think of after you’ve left the situation. There is science behind why that happens: when you’re in a confrontation, the limbic portion of your brain kicks into fight-or-flight mode, allocating all available resources into keeping you alive; unfortunately, both cleverness and people skills suffer. Once the moment passes, the blood that was being diverted to your muscles and to your vision with a shot of adrenaline returns to the rational part of your brain, so you are able to think of what you couldn’t in the moment. I wish I had that feeling more often. The feeling I have more regularly is, why didn’t I put a hand over my mouth and not say the thing I thought of? Tragically, words are like toothpaste; once they’re out of the tube, there’s no putting them back in.

The Power of the Tongue

The book of Proverbs says that the tongue contains the power of both life and death (Proverbs 18:21). It’s like a tiny nuclear reactor capable of being both an energy plant that lights up a town and a bomb that can destroy a city.

I read that Orville Wright was heartsick over the use of airplanes in World War II because they allowed mankind the option of raining bombs from the sky. It disturbed him to know that he had created something that would do so much harm, yet he didn’t regret the invention. What reassured him was knowing that all things that can do much good can also do great evil.

Bricks can be used to build hospitals or be thrown through windows. Water can quench a thirst or flood a city. Likewise, words are neutral in and of themselves; it’s how you use them that determines whether they are good or bad.

That is the argument James makes in one of the most powerful statements on speech ever put into words (pun intended):

Indeed, we put bits in horses’ mouths that they may obey us, and we turn their whole body. Look also at ships: although they are so large and are driven by fierce winds, they are turned by a very small rudder wherever the pilot desires. Even so the tongue is a little member and boasts great things. See how great a forest a little fire kindles! And the tongue is a fire, a world of iniquity. The tongue is so set among our members that it defiles the whole body, and sets on fire the course of nature; and it is set on fire by hell. For every kind of beast and bird, of reptile and creature of the sea, is tamed and has been tamed by mankind. But no man can tame the tongue. It is an unruly evil, full of deadly poison. With it we bless our God and Father, and with it we curse men, who have been made in the similitude of God. Out of the same mouth proceed blessing and cursing. My brethren, these things ought not to be so. — James 3:3-10

James explained that one tiny spark — a cigarette thrown out a car window or an improperly doused campfire — can lead to an inferno that burns down a whole forest. In the same way, a single sentence can alter your life:

“Will you marry me?”

A sentence can devastate:

“There’s nothing more we can do.”

But it can just as easily cause you to celebrate:

“You have the golden ticket!”

“Your long-lost aunt left you an enormous inheritance!”

When I read what James wrote about the tongue’s deadly poison, I can’t help but think of the komodo dragon, the largest living lizard. Komodo dragons are stocky and built low to the ground. Even though they’re not fast, they can kill pigs and even cows with their venom. Careless words, too, can cause hurt — sometimes even kill.

Besides poison and fire, which have obvious dangers, James used the analogies of horseback riding and boating — two fun activities that can quickly go wrong.

You might remember that the actor Christopher Reeve, who played Superman in the original films (long before the Man of Steel got in a fight with Batman and joined the Justice League), broke his neck jumping over a fence on his horse and became a quadrapalegic who needed a wheelchair for the rest of his life. Boating accidents can also cause great harm. I remember a horrific accident that happened where I live in Montana. A ski boat had stopped to pick up a fallen water-skier. While the boat was idling, a passenger jumped off the boat to go to the bathroom — only the driver of the boat didn’t know. When he looked back and saw the skier was far behind him, he put the boat in reverse and drove over the guy peeing in the water. The driver wasn’t even aware the other man was there, right behind the boat. Rescuers were able to save the injured man’s life, but he still lost his foot in the accident.

Just as heredity controls what kind of tongue you have — whether you can roll it up or how long it is — heredity is also the reason our tongues are so destructive. We read in Romans 5:12 that it’s our sin nature that makes our words so dangerous:

Through one man sin entered the world, and death through sin, and thus death spread to all men, because all sinned.

Fortunately, whatever can be used for evil can be reclaimed and used for good.

The tongue can be set on fire by hell, but it can also be set on fire by Heaven. While under control of the Holy Spirit, Peter — who had cursed Christ and denied knowing Him — preached the gospel to the saving of two thousand souls on the day of Pentecost. Proverbs 25:11 tells us,

A word fitly spoken is like apples of gold in settings of silver.

If your speech is filled with grace (Colossians 4:6), your words will have the same impact salt (or Tabasco sauce) does on food — they will make things better! Then your words can build people up, share the gospel, pray for the sick. Your words can encourage, comfort, reassure, and make people laugh. Proverbs 27:17 says,

As iron sharpens iron, so a friend sharpens a friend. — NLT

Sometimes you need to speak difficult words that are necessary to help people become who they were born to be. In a sense, love will ask you to stab your friends in the front. And that’s a good thing!

When the tongue is working properly, it is both a spring that refreshes and a fruit tree that nourishes. A runaway horse is dangerous, and a boating accident can end in disaster; but when the bit is firmly in place, and the rudder steers correctly, you can enjoy scenery that is both beautiful and pleasurable.

Paul instructed the Ephesians to choose their words carefully:

Let no corrupt word proceed out of your mouth, but what is good for necessary edification, that it may impart grace to the hearers. — Ephesians 4:29

My high school youth pastor made me memorize that verse when I confided in him that I regularly got into trouble because of things I said. He advised me to process what I wanted to say through an Ephesians 4:29 filter before I spoke.

Consider The Message’s translation of this verse:

Watch the way you talk. Let nothing foul or dirty come out of your mouth. Say only what helps, each word a gift.

What could happen if the words you used weren’t foul or dirty but rather were gifts for those you were speaking to?

Excerpted with permission from I Declare War by Levi Lusko, copyright Levi Lusko.

How are you doing with your mouth? Is it out of control? Or are your words like apples of gold in settings of silver? It’s up to us what words we speak! What do you want to say? Come share with us on our blog. We want to hear from you! ~ Devotionals Daily