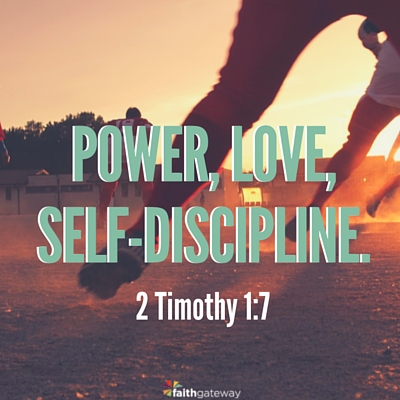 During the 1950s & 1960s, there was one name that became synonymous with football — Johnny Unitas. During these great growth years of the NFL, Unitas helped carry the sport to the forefront. His work ethic and passion for the game provided his teammates with great inspiration.

Unitas was a self-made man of sorts. His father died early in his life, leaving his family in a desperate situation. Johnny observed his mother’s hard work as she returned to night school to further her education while scrubbing floors during the day to make enough money to feed her family.

To help out, the young Unitas shoveled two tons of coal every day after school to help his mom provide for the family. Somehow he squeezed in enough practice time to play varsity football. As hard as he played, no major college was interested in a 5’11”, 130-pound quarterback. When hope seemed gone, Unitas began to promote his talents to a few colleges. Notre Dame was probably more worried about Johnny being hurt than if he could lead the Irish to a championship.

Finally Unitas got a break when the University of Louisville took a chance on him. His college football successes won him a ninth-round draft pick from the Pittsburgh Steelers. Unfortunately, he was cut in his rookie year prior to the beginning of the season. However, rather than quit football, Unitas decided to keep his skills sharp by playing semi-pro ball at $6 a game. In the “rock ’em, sock ’em” league, he once again proved his skill and passion while playing for the Bloomfield Rams.

Finally, the Colts phoned Unitas and asked him to try out at their May camp. Unitas made the Colts as a backup quarterback. When the starting quarterback went down with a leg injury, Johnny was inserted into the game.

His inexperience was obvious. He fumbled three times and his first throw was greeted with an interception. But failure was something Unitas didn’t accept.

While many coaches would have scolded him, the team decided to go with Johnny as their quarterback. Unitas went on to become one of the most successful players in NFL history.

Unitas wrote the playbook on what it takes to win a game in the last two minutes. His style was a mixture of pure genius and pure recklessness. He would run down the field ahead of his runners, blocking anyone in his way. Despite his stature he seemed to adopt the philosophy, “If you show fear, you’ve already lost the game.”

Not only did he appear in 10 Pro Bowls and win 3 league MVP awards, but he also called most of the offensive plays from the huddle during 1958–1971. He masterminded the overtime comeback of the Baltimore Colts in what is arguably the greatest game ever played — the 1958 NFL Championship game with the New York Giants. He also threw at least 1 touchdown pass in each of 47 consecutive games, a record that stood until October of 2012, when Drew Brees with the New Orleans Saints broke it.

His blue-collar image endeared him to the common laborer. His high-top boots and in-your-face play gave him enormous crowd appeal. One commentator said this about the legendary man: “When the image of the best player to play the game matches the substance — that is Johnny Unitas.”

The image of Johnny Unitas is a picture of a determined warrior. His matchless willpower and desire for success helped him become one of the top players to ever lace up a pair of football cleats. Winston Churchill said of those who are determined,

“Some people dream of success, while others wake up and work hard at it.”

Unitas mirrors the determination found in several biblical characters. One such person is a young, undersized lad named David. David was not seen to have warrior potential. He was slight of build and seemed to be suited more for watching sheep than slaying the enemy.

And much like the character and determination we see in Johnny U., David worked hard to sell himself to others. He finally convinced his brothers and King Saul to let him have a chance to prove himself and his Lord. With God’s help, David took on a very tough assignment. The Spirit of God directed his every move as he flung a small rock to triumph over the monstrous Philistine, Goliath.

David was confident and determined because he knew that with God’s help anything is possible.

We serve a God who regularly deals with impossible situations. He is the Lord of possibilities. So it is, my friends: Persevere! Be determined!

If a scrawny young boy from a small coal mining town can become one of the NFL’s most distinguished quarterbacks, and if a frail shepherd boy can slay a giant, God can enable you to do far more than you might expect.

For God did not give us a spirit of timidity, but a spirit of power, of love and of self-discipline. — 2 Timothy 1:7

Are you battling discouragement and timidity? Do you circumstances seem impossible, too big, too hard, or with too many handicaps in the way? Stop and pray: Lord, I thank You that with YOU anything is possible! You know my situation. You know I’m in over my head. Supernaturally empower me to handle whatever You have for me to do or be today. Amen. Please join the conversation on our blog! We want to hear from you! ~ Devotionals Daily