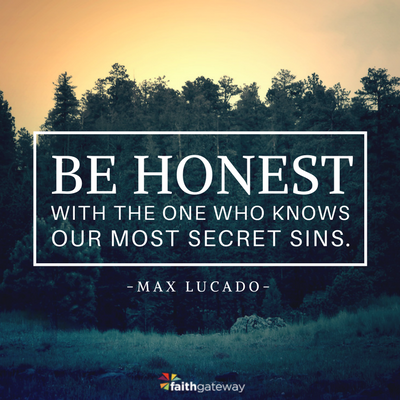 Editor’s note: Enjoy reading as well as listening to this devotion below, or on your Alexa device. Simply enable the “devotionals” skill on Alexa and ask her to read today’s devotion. Today’s excerpt is from God Came Near by Max Lucado.

He was the riverboat gambler of the patriarchs. A master of sleight of hand and fancy footwork. He had gained a seamy reputation of getting what he wanted by hook or crook — or both.  Twice he dealt hidden cards to his dull-witted brother Esau in order to climb the family tree. He once pulled the wool over the eyes of his own father, a trick especially dirty since his father’s eyes were rather dim, and the wool he pulled insured him a gift he would never have received otherwise.

He later conned his father-in-law out of his best livestock and, when no one was looking, he took the kids and the cattle and skedaddled.

Yes, Jacob had a salty reputation, deservedly so. For him the ends always justified the means. His cleverness was outranked only by his audacity. His conscience was calloused just enough to let him sleep and his feet were just fast enough to keep him one step ahead of the consequences.

That is, until he reached a river called Jabbok (Genesis 32). At Jabbok his own cunning caught up with him.

Jacob was camped near the river Jabbok when word reached him that big, hairy Esau was coming to see him. It had been twenty years since Jacob had tricked his brother. More than enough time, Jacob realized, for Esau to stir up a boiling pot of revenge. Jacob was in trouble. This time he had no more tricks up his sleeve. He was finally forced to face up to himself and to God.

To Jacob’s credit, he didn’t run away from the problem. One has to wonder why. Maybe he was sick of running. Or maybe he was tired of looking at the shady character he saw every morning in the mirror. Or maybe he simply knew that he’d dealt from the bottom of the deck one too many times. Whatever the motivation, it was enough to cause him to come out of the shadows, cross Jabbok Creek alone, and face the facts.

On the banks of Jabbok he rolled in the mud of his mistakes. He met God face to face, sick of his past and in desperate need of a fresh start. And because Jacob wanted it so badly, God honored his determination. God gave him a new name and a new promise. But he also gave a wrenched hip as a reminder of that mysterious night at the river.

Jacob wasn’t the only man in the Bible to wrestle with self and God because of past antics. David did after his rendezvous with Bathsheba. Samson wrestled, blind and bald after Delilah’s seduction. Elijah was at his own Jabbok when he heard the “still, small voice.” Peter wrestled with his guilt with echoes of a crowing cock still ringing in his ears.

And I imagine that most of us have spent some time on the river banks as well.

Our scandalous deeds have a way of finding us.

Want some examples? Consider these scenes.

The unfaithful husband standing at the table with a note from his wife in his hands, “I couldn’t take it anymore. I’ve taken the kids with me.”

The twenty-year-old single in the doctor’s office. The words are still fresh on her mind, “The test was positive. You are pregnant.”

The businessman squirming in the IRS office. “Your audit shows that you took some loopholes that weren’t yours to take.”

The red-faced student who got caught red-handed copying the test answers of someone else. “We’ll have to notify your parents.”

All of us at one time or another come face to face with our past. And it’s always an awkward encounter. When our sins catch up with us we can do one of two things: run or wrestle.

Many choose to run. They brush it off with a shrug of rationalization. “I was a victim of circumstances.” Or, “It was his fault.” Or, “There are many who do worse things.” The problem with this escape is that it’s no escape at all. It’s only a shallow camouflage. No matter how many layers of make-up you put over a black eye, underneath it is still black. And down deep it still hurts.

Jacob finally figured that out. As a result, his example is one worthy of imitation. The best way to deal with our past is to hitch up our pants, roll up our sleeves, and face it head on. No more buck-passing or scape-goating. No more glossing over or covering up. No more games. We need a confrontation with our Master.

We too should cross the creek alone and struggle with God over ourselves. We too should stand eyeball to eyeball with Him and be reminded that left alone we fail. We too should unmask our stained hearts and grimy souls and be honest with the One who knows our most secret sins.

The result could be refreshing. We know it was for Jacob. After his encounter with God, Jacob was a new man. He crossed the river in the dawn of a new day and faced Esau with newly found courage.

Each step he took, however, was a painful one. His stiff hip was a reminder of the lesson he had learned at Jabbok: shady dealings bring pain. Mark it down: play today and tomorrow you’ll pay.

And for you who wonder if you’ve played too long to change, take courage from Jacob’s legacy.

No man is too bad for God.

To transform a riverboat gambler into a man of faith would be no easy task. But for God, it was all in a night’s work.

Today, we have the choice to wrestle with God over our pasts, our mistakes, and our sins, and to walk away with a clean relationship with Him… even if it is with a limp. Let’s take God up on it. Come share your thoughts about being honest with Him. We want to hear from you! ~ Devotionals Daily 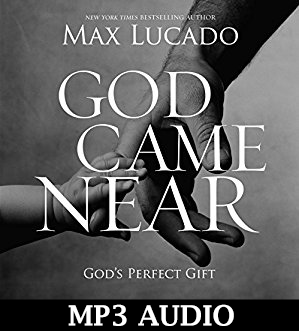