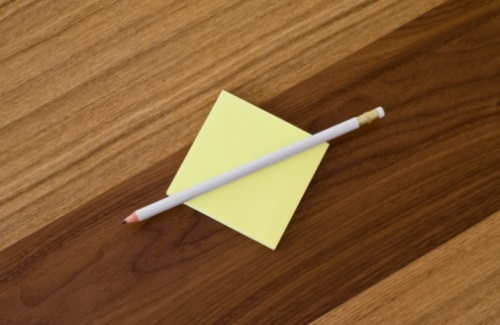 Successful innovations tend to take on lives of their own. They seldom end up exactly where or what their creators thought they would be.

Consider the story of Dr. Spencer Silver, creator of the glue that makes Post-It Notes possible. Dr. Silver was an employee of 3M. He was attempting to formulate a powerful glue when he ended up creating a low-tack, pressure-sensitive, reusable glue. Having no idea what it was good for, he tried to promote it to the management of 3M to see if they had any ideas on how it could be used. They labeled it a solution without a problem.

Six years later, one of Dr. Silver’s coworkers started using it to temporarily hold a bookmark in his hymnbook. It worked marvelously. So Dr. Silver put some of it on the back side of a pad of paper, and suddenly, Dr. Silver’s solution had found its problem.

It makes you wonder how the brilliant and innovative minds at 3M missed this obvious application. When presented with the lowtack glue Dr. Silver had invented, they saw what is now a hot-selling product as nothing more than “a solution without a problem.”

This should remind us of the truth that we don’t really know what something is — whether it’s a new product, a new program, or some other innovation — until it hits the real world. Only then do we know what we have on our hands. Until then, it’s just a concept or a theory. Only after it has been released into the wild can we know how it will actually work, how people will respond to it, and what it wants to be.

That’s why we should always plan and innovate in pencil. And not just at the beginning, when we’re coming up with new and creative ideas. Use a pencil all the way through the lifecycle, making plans, but always being ready to change them at a moment’s notice.

Planning in pencil simply means keeping your options open as long as possible. It involves using the language of flexibility rather than certainty. It’s being careful to say, “This is what we do for now,” rather than, “This is what we will do forever.” It’s making sure that everyone knows that midcourse corrections aren’t simply allowed; they’re encouraged.

Throw away the pen. Never use it. Even mature innovations need tweaks and an occasional overhaul.

The only thing you and your leadership team can know for sure about the future is that it will be different from what you think it will be. So prepare for it by keeping as many options open as long as possible.

Avoid instituting game plans that are so detailed there’s no room for adjustment.

Never fall in love with your first draft — or your latest draft. Institute guiding principles instead of rigid policies.

Always keep your ear to the ground. Things change when you least expect it.

Can you think of a time when you had a solution without a problem in your own leadership? How has “planing in pencil” helped you be more innovative? In what areas can you and your team be more flexible and open to change? Leave your comments below – we’d love to hear from you! 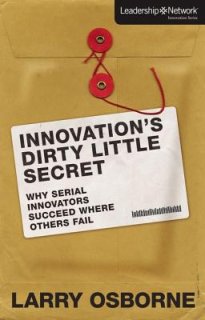