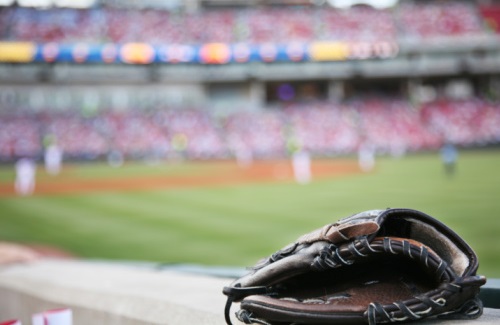 The night before the Cardinals played their opening game of the 2012 regular season on April 4, the first-ever game at Marlins Park in Miami, a visiting reporter walked into a well-known restaurant to have dinner. It was not surprising to him that some of the Cardinals were there. What he was astounded by, however, was that a dozen of the players were there having dinner, together, at the same table.

Despite having covered baseball for about thirty years, this was not something the reporter was used to seeing, and it spoke volumes to him about the 2012 Cardinals, the closeness of the players, and the chemistry and the bond that connected this team. David Freese was one of the players there that night, along with many of the team’s veterans, including Matt Holliday, Adam Wainwright, and Chris Carpenter.

“A lot of the veterans get together and they drag me along,” Freese has said. “It’s a free meal.”

Freese, of course, may never have to buy a meal in St. Louis again after his heroics in the 2011 postseason, which included hitting the walk-off home run in the eleventh inning of game six, perhaps one of the most dramatic moments in World Series history. There was more involved on that April night, however, than the fact that Freese didn’t have to pay for his steak and lobster—the team’s players try to get together for dinner at least once on every road trip during the season, and as many players who want to come are welcome.

It’s a great time for fellowship,” Freese said. “The coolest thing about this group is our fellowship together. That’s a big word in our clubhouse. What I hear is that it is very unusual in baseball, but what we have here with our spiritual faith is a good thing. It keeps you grounded. It keeps you on the right path.”

“You definitely can identify with what’s important in the world when you step in this clubhouse.”

This is particularly important for Freese, who is aware of a couple of points in his life, both in baseball and outside the game, when he could have gone in a much different direction, had he allowed himself to continue down a bad path.

Continuing down the wrong road definitely would have led Freese to a different place than Busch Stadium, in his hometown of St. Louis, where his performance during one magical October made him a hometown hero as well as an overnight national and international celebrity.

Appearances on The Tonight Show with Jay Leno and other television shows followed his selection as the MVP of both the National League Championship Series against the Milwaukee Brewers and the World Series against the Texas Rangers. Anybody and everybody wanted a piece of Freese, who claims one of his most chilling moments came in November 2011, when he was on the field for the Missouri–Texas football game and received a prolonged standing ovation from more than seventy thousand fans.

Freese knew then, and knows now, that none of it would have been possible had he not made a dramatic decision in December 2009 to turn his life over to Christ. He had just been involved in a second off-field incident, which was embarrassing to himself, his family, and the Cardinals. After a heartfelt talk with his parents, he made an unannounced trip to the stadium to talk with general manager John Mozeliak, offering a sincere apology and a pledge that it would not happen again.

Then the twenty-six-year-old Freese went home and walked into his bedroom. He was drained and exhausted. “I didn’t have much left,” Freese said. He sat down and prayed.

I really kind of surrendered myself,” Freese recalled. “I said, ‘God, here I am. Do with me what You will. I’m Yours.’ I look back at that now and realize that was a very big moment in my life.”

At the time, Freese had only played seventeen games in the major leagues with the Cardinals. He had not been a high bonus baby, having been drafted in the ninth round by the San Diego Padres out of South Alabama in June 2006. The Cardinals had obtained him the previous winter, in Mozeliak’s first trade as general manager, for outfielder Jim Edmonds.

The Cardinals believed Freese had a chance to become a regular third baseman in the majors, but only if he could straighten up his personal life and also avoid frequent injuries. It was shortly after making the decision to turn his life over to Christ that Freese just “happened” to run into Matheny at a charity bowling event in St. Louis, organized by former major leaguer Brian Boehringer.

“It was a great time to run into Mike Matheny,” Freese said. Matheny at the time was living in St. Louis and working as a special instructor in the Cardinals’ farm system. Freese had been a fan of Matheny’s a decade earlier, often watching from the upper deck as Matheny played for the Cardinals.

“He pulled me aside and talked to me for about twenty minutes,” Freese said. “That was when our relationship really catapulted. We went on from there, and it has been good things ever since.”

Freese knows now that the meeting was not accidental. After his meeting and conversation with Matheny, Freese began to notice a gradual change in his life.

“There were people who started entering my life after that,” Freese said, “and that’s when I really started to notice that God had a plan . . . that He’s got an idea for you. I can sit down right now and tell you that ten years ago I probably had five hundred more friends, but the friends I have now mean more to me. The relationships run deeper.”

Freese knows that because of the people God put into his life, his life has been changed.

“I don’t know what would have happened [without Christ in my life],” Freese said. “This world is crazy. You don’t know what can happen. I can tell you right now I wouldn’t be in this position, personally or professionally.

“Sometimes I get caught up in saying, why didn’t I find God earlier in my life, and I know that’s just not God’s plan sometimes. That’s frustrating for me to think about, but what I have gone through has put me in this position, not just professionally but personally. The relationships I’ve built, the sense of joy I have internally compared to ten years ago—that’s appealing to me.”

. . . Freese knows [none of this] would have been possible without his decision to turn his life over to Christ. Freese knows there are other players on the team who are more outspoken about their religion, and he appreciates their ability to talk about their faith. It is something he is still not as comfortable doing in public, but that might change as he gets older.

“I understand in the Bible that as a Christian you are to go out and preach the Word and push the Word, but I’m more of a guy . . . I have my own relationship with God, and with friends and family who are strong in faith. Matt Holliday is that way too. He likes to love on people, but he doesn’t push the Word,” Freese said.

“I watch Matt and wonder why he has such great people around him. He says it’s because God puts them in his life. He puts himself in a good place.”

Trying to be like Matt Holliday, Freese decided a long time ago, is not a bad thing.

And when he does have a bad day, Freese finds calm in reading the Bible. His favorite passage is the Twenty-third Psalm.

The Lord is my shepherd; I shall not want.
He maketh me to lie down in green pastures: he leadeth me beside the still waters.
He restoreth my soul: he leadeth me in the paths of righteousness for his name’s sake.
Yea, though I walk through the valley of the shadow of death, I will fear no evil: for thou art with me; thy rod and thy staff they comfort me.
Thou preparest a table before me in the presence of mine enemies: thou anointest my head with oil; my cup runneth over.
Surely goodness and mercy shall follow me all the days of my life: and I will dwell in the house of the Lord for ever.
—Psalm 23 KJV

“I fight that, to lie in calm waters,” he said. “It helps me every day, especially in this profession. That’s something I definitely try to do. It’s really easy to get caught up in the game during the season, and when you take the time to read the Word, when you close the Bible, you definitely feel a little different than when you opened it.”

Excerpted with permission from Intentional Walk: An Inside Look at the Faith That Drives the St. Louis Cardinals by Rob Rains (Thomas Nelson, 2013). Read more of David Freese’s story in Intentional Walk, along with the stories of Adam Wainwright, Lance Berkman, Matt Holliday, Carlos Beltran, Jason Motte and other members of the 2012 Cardinals, how they became Christians, and their testimonies about what it means for them to have God play such a prominent role in their lives.

We’re wishing the Cardinals all the best in the 2013 World Series Championships! 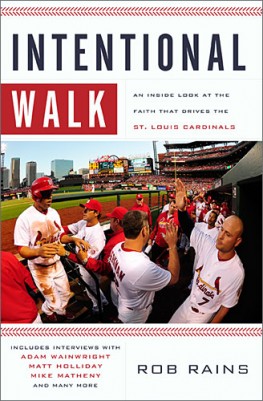