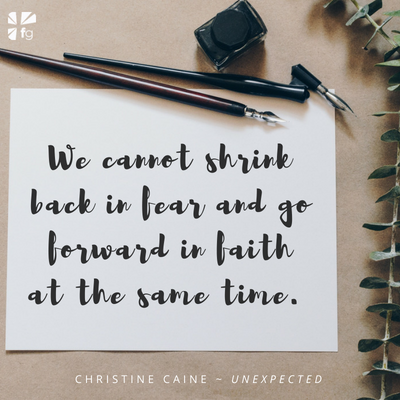 An Invitation to the Unexpected

For my fiftieth birthday, Nick gave me the greatest gift ever. He invited 150 of our dearest friends to a huge celebration he’d planned for a year. It was a dinner cruise with wonderful food, dancing, a beautiful cake, and lots of laughs. It was one of the most amazing nights of my life. And, as I’d find out later that evening, it would also become one of the saddest nights of my life. While I was on the boat dancing Zorba the Greek with all my friends, I missed multiple phone calls from my brother Andrew. I discovered them on the drive home, along with an unexpected text: “Mum is gone.”

In a matter of minutes, I went from soaking in the memories of the happiest night imaginable to feeling utterly heartbroken. I was whiplashed by the shock of it all.

I had just spoken with my mother earlier in the day, when my other brother, George, had helped her FaceTime with me. Although she had been ill for some time, I thought we had at least a few more months. I had even told her I would call after the party, as I expected to give her a full report on all the fun.

I’ll always cherish the last memory I have of her — looking at her face, seeing her sweet smile, and hearing her say, “I love you.”

It’s strange how life can be that way — so full of surprises, both good and bad, and sometimes all in the same day. We can go from cleaning up after a birthday party to planning a funeral. From hearing a shocking diagnosis to welcoming our first grandchild. From a layoff notice at lunch to a marriage proposal at dinner. From an unexpected car repair one day to a raise and promotion the next. From planning a vacation to losing everything in a hurricane.

It seems the unexpected is one of the mysteries of life — something we have no control over but are guaranteed to experience every single day.

Of course, we don’t usually mind the unexpected when it’s happy or inconsequential. But when the unexpected strikes fear in our hearts or is deeply painful — like losing someone we cherish — it can throw us into such a devastated state that we withdraw or shut down, unable to move forward in…

Whiplashed and then immobilized by something we never expected, we end up stuck in a place we never wanted to be. Stuck in a place where our world shrinks and we hide inside of it, living a story far smaller than God intends. Forfeiting the future that could have been. The destiny we were born to live. We’ve all been there, tempted to pull back and hide when we were wounded, disappointed, or disillusioned. When we faced failure or endured another heartache. When we suffered a loss that was more than we felt we could bear. When we made promises to ourselves that we’d never let such pain happen to us again. But we can’t keep those kinds of promises. Not if we want to step into all of God’s promises. Not if we want to live with all the passion He placed inside of us. Not if we want to fulfill the purpose and destiny He has for us.

What is possible is accepting His gracious invitation to trust Him more in the face of our pain. To move into a deeper intimacy with Him and let Him heal our hearts. To develop relentless faith so that the next time life throws us a curve ball — which life most certainly will — we are able to bat it out of the park and still live the adventure He’s planned for us. And maybe we’ll even live a version of the adventure that’s beyond what we could ever have hoped or imagined — all because of the unexpected that interrupted our lives in the first place.

I believe with all my heart that it’s possible for every Christian to learn how to live with a faith so confident in God, it can’t be shaken — even when the ground underneath is giving way. That’s what Abraham did. God extended to him the same invitation He extends to us — to trust with all his heart — and Abraham said yes, even though he had no idea where his yes would lead. He willingly stepped into the unexpected without knowing where he was going, who he would meet, or what it might cost. He didn’t know any of the pain that might lie ahead, but he knew God would be with him. He knew God would guide him, protect him, and provide for him — and he refused to be shaken:

By faith Abraham, when called to go to a place he would later receive as his inheritance, obeyed and went, even though he did not know where he was going. – Hebrews 11:8, emphasis added

Like Abraham, I know what it feels like to go forth not knowing where I’m going. To risk it all and trust God with an unknown future. Through the years of my Christian walk, I’ve gone from volunteering in a local youth ministry in my early twenties, to running a global anti-trafficking organization in twelve nations, to continuing to launch new initiatives into my fifties. I’ve gone from living in Australia where I started in ministry, married, and had children, to moving our ministry base to the United States. I have repeatedly stepped into unexpected places, only to find myself accomplishing unexpected ventures, and seeing God turn up in the most unexpected ways — all because I said yes every single time, even when I didn’t have any idea where it would lead.

Since I surrendered my life fully to Jesus, He’s been teaching me unshakeable faith. Relentless faith. Unwavering faith. Teaching me to trust Him more every time He asks. Teaching me to embrace the unexpected. He’s been cultivating in me the same kind of faith that propelled Abraham further into his destiny as the father of Isaac, and ultimately the father of many nations. The same kind of faith that led Abraham to trust God more, even in the face of sheer hopelessness:

Against all hope, Abraham in hope believed and so became the father of many nations, just as it had been said to him, “So shall your offspring be.” Without weakening in his faith, he faced the fact that his body was as good as dead — since he was about a hundred years old — and that Sarah’s womb was also dead. Yet he did not waver through unbelief regarding the promise of God, but was strengthened in his faith and gave glory to God, being fully persuaded that God had power to do what he had promised. – Romans 4:18-21

When God gave Abraham such an outlandish and unexpected promise, he simply believed God’s promise — he risked hope against all rational hope. He didn’t deny the facts of his circumstances, but he refused to believe they were the whole truth because they did not account for God’s promise. He did not waver or doubt, and because of that, his faith grew even stronger. When, at last, Isaac was born, Abraham gave all the glory to God.

What if we believed instead of feared in the face of the unknown?

What if we courageously moved through loss and disappointment, believing God has purpose for it on the other side?

What if we got up every day believing God for the best, knowing we might possibly encounter the worst?

I believe we can live this expectantly — this hopefully, this freely, this faith-filled — in the face of everything that comes our way. Even the unexpected.

Watch the Trailer for Unexpected

What is going on in your life that was totally unexpected? Where is God leading you in unexpected ways, through unexpected territory? What unexpected promise has He made to you? Come share with us on our blog. We want to hear from you! ~ Devotionals Daily