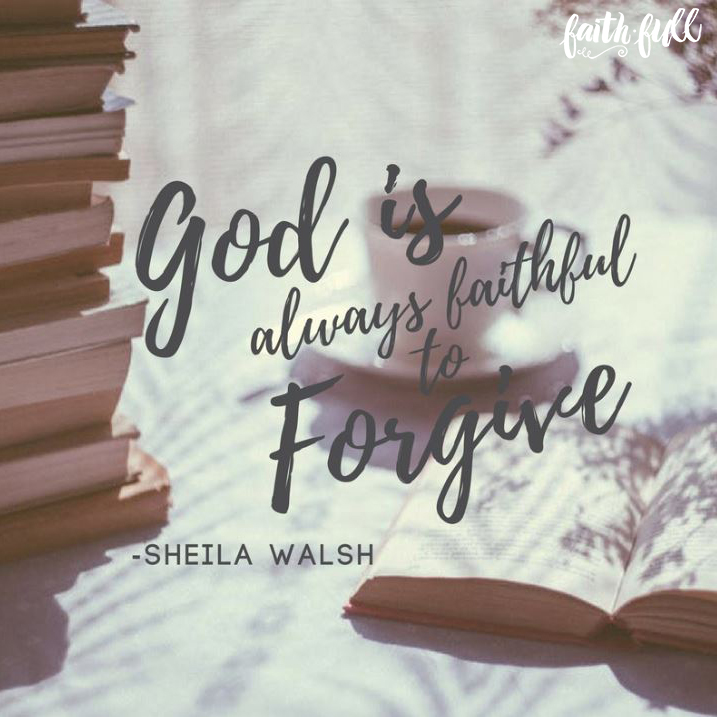 Will God Help Me If I’m the One Who Got Myself into This Mess?

I can forgive, but I cannot forget, is only another way of saying, I will not forgive. Forgiveness ought to be like a cancelled note — torn in two, and burned up, so that it never can be shown against one. — Henry Ward Beecher

Then Jonah prayed to his God from the belly of the fish. He prayed: “In trouble, deep trouble, I prayed to God. He answered me. From the belly of the grave I cried, ‘Help!’ You heard my cry. You threw me into ocean’s depths, into a watery grave, with ocean waves, ocean breakers crashing over me. I said, ‘I’ve been thrown away, thrown out, out of Your sight. I’ll never again lay eyes on Your Holy Temple.’” — Jonah 2:1-4 MSG

How much do you know about the character Jonah in the Old Testament? Most of us know the story from Sunday school about the man who ran away from God and was swallowed by a large fish (or, more popular with flannel-graph artists, a whale).

There is actually a lot more to Jonah’s story, particularly as it addresses this question: will God hear our prayers if we ourselves caused the mess we are in? In other words,

is it possible God is not answering our prayers because He is angry with us?

One of Christian’s friends has a little brother who keeps everyone in his family circle highly entertained with his off-the-cuff comments. He once overheard his brother tell Christian that one of the boys at school had said a curse word. The boy’s response: “Well, it’s off to hell with him. Do not pass go; do not collect your angel wings!”

What about that? Obviously our little buddy’s response was quite harsh. But when we read in the Old Testament about God’s anger against a person or a nation, there were often dire consequences. Take Moses. A dear friend of God, he was not allowed to cross over into the Promised Land because instead of striking a rock once as he was instructed from God to do, he struck it twice. Because of that one disobedient action, after wandering in the desert with an ungrateful and mutinous people for forty years, he did not get to put one foot on the promised ground (Numbers 20:6-12).

That may seem so unfair. But we have to understand the reasoning behind it. As we know, God used much of the Old Testament to foretell the birth and life of Jesus. In disobeying God and striking the rock twice, Moses blasphemed the picture of the coming Christ who would be struck once for us. In that light, God’s punishment, although not completely understood by us, was just in His eyes. In Peter’s first letter, he writes,

For Christ also suffered once for sins, the just for the unjust, that He might bring us to God, being put to death in the flesh but made alive by the Spirit. — 1 Peter 3:18 NKJV; emphasis added

By striking the rock — the picture of Christ — twice, Moses defiled a holy moment, and for that there was a price to be paid.

And even then I see God’s heart and love for Moses, His servant and friend. Although there was a price to be paid for disobeying God, He stayed right by Moses’ side. God took him to the top of the mountain and let him see the Promised Land. We don’t know what took place between them on that mountain, but it seems to me a very intimate picture of a father lifting his son on his shoulders to get a better look at the view.

When Moses died, we read that God buried him (Deuteronomy 34:6). This is the only time in Scripture that such a burial is recorded. God took care of His friend and laid his body to rest. Even in His anger, God showed mercy and love toward Moses. Before the birth and death of Christ, people lived under the law and the law is pretty clear-cut. But even during this time, when the law epitomized God’s scale of justice, He still took care of his friend.

“Well, that was Moses!” you might be tempted to say. “He was one of God’s favorites. But I don’t have that kind of history with God.”

During the last eleven years as I have traveled with Women of Faith, I have talked to many women who have expressed these sentiments. I think in particular of a young woman who stood in line to talk to me at a break. Tears poured down her cheeks as she tried to speak. Finally she was able to tell me that she and her husband had been trying to have a baby for four years with no success.

“I know why,” she said. “When I was in college, I got pregnant and had an abortion. I know God is angry at me for killing my baby, and that’s why He won’t give me another one.”

My heart ached for this young woman who genuinely believed God was so angry with her that He would punish her by depriving her of the one thing she cherished above all. She was still living under law as opposed to the grace that comes so freely with Christ. I reminded her then of one of my favorite texts from John’s letters:

If we claim that we’re free of sin, we’re only fooling ourselves. A claim like that is errant nonsense. On the other hand, if we admit our sins — make a clean breast of them — He won’t let us down; He’ll be true to Himself. He’ll forgive our sins and purge us of all wrongdoing. — 1 John:8-9 MSG

I told her, “You are so aware of this thing you did and you drag it with you every day. The truth is we are all sinners; some of us just forget about it most of the time. God’s Word is clear: if we will faithfully confess our sins, God is always faithful to forgive. Always.”

As Henry Ward Beecher said, God tears up the note and it is never seen again.

Excerpted with permission from Get Off Your Knees and Pray by Sheila Walsh, copyright Sheila Walsh.

I’ve definitely wondered if God was angry with me, especially during times of struggle and hurt. What about you? Do you struggle with feeling punished by God for old sins, things you’re still lugging around in shame? Do you think He’s angry with you? The beauty of the Cross means that once we confess to Jesus, we’re free. The note is torn up! It is finished! Come share your thoughts with us on our blog! We would love to hear from you! ~ Laurie McClure, Faith.Full