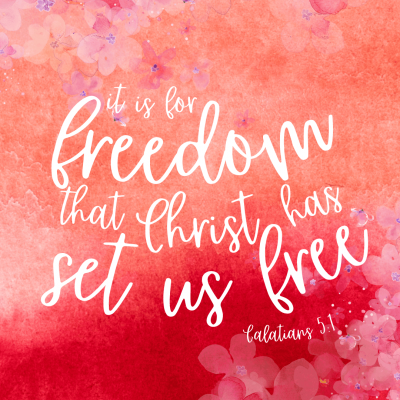 Throughout the letter of Galatians, Paul shows us all the pitfalls of trying to live a legalistic life, how the law has failed us, that it served a purpose for a while, but Jesus Christ has given us this inheritance, this adoption. He has changed the game and here’s why…

He says it’s for freedom that we’ve been set free.

When I first read this passage, I felt like, yeah, you’re repeating yourself. Of course, we’ve been set free for freedom. But there is a reason that Paul says that. When he uses this phrase, he’s really taken the Galatians back to something that existed in Roman culture called manumission.

Manumission was if a Roman slave owner or a slave master decided to pay his slave’s debt, what he would do is he would go down to the temple, whatever that temple was in that particular society. He would walk that particular slave to the front.

So the Roman slave owner or master would take the slave into the temple because this had to be done in the presence of a priest. They would walk them forward, and the priest would say what are you here for. He would say I am choosing to pay my slave’s debt so that he could be free.

Now this was different from emancipation where a government or an edict or a law would set a group of slaves free. This would be the choice of the slave owner or the master. He would go pay the slave’s debt in full. What the slave would get in return would be a receipt, a medallion, something that he could hold. And on that receipt, it would say for freedom. And any time his standing was called into question, he could hold up that receipt, hold up that medallion that says it for freedom to remind everyone and himself that his debt had been paid.

So when Paul uses this phrase for freedom, you’ve been set free, he is reminding the Galatians of a culture, a tradition they were very familiar with. He’s saying that there is someone you were indebted to. He has walked you forward in front of the Father. He has paid your debt. You have a receipt in the nail scars in the hands of Jesus, the blood on the cross. Everywhere you go, you should remind others and yourself you’ve already been set free.

I love this image because he is trying to paint a picture for the Galatians. He is trying to explain to them that grace while simple and overwhelming is real.

Why would you choose to be indebted when you’ve been set free?

I think about when I was in college earning a degree, my husband and I were trying to figure out how to pay for college without going into debt. And once upon a time, if you had good credit, you could get a credit card with a 0% APR, so this was our grand plan. I would pay my tuition, and then we would transfer the balance to our 0% APR credit card.

We kind of did self-financing there. I thought it was genius at the time. And we would pay it off in the time that it took before that APR rose. So we gave ourselves some time without incurring any interest.

Don’t think that just because that balance is zero that the debt has been paid. It’s just we have it on another credit card.

Well, this is not the freedom that Jesus has given us.

Paul says it is for freedom that you’ve been set free. And this is a theme that we see throughout the New Testament because we have to be reminded. John 8:36 says, “So if the Son makes you free, you are free indeed.” Romans 6:18 says, “And having been freed from sin, you became slaves of righteousness.”

Now only in certain cultures, mostly with the Galatians in the book of Romans, does Paul use this idea of slavery and free because this was a part of their culture. He’s saying you’re no longer slaves to sin, slaves to the law, slaves to your flesh. You still have a master, but now you’re slaves to righteousness.

I think sometimes when we want to feel free or have a good day, we have to try to create the right environment. We want the spa music or an actual spa. We want to be by an ocean or a beach. We need certain environments to make us feel a certain way, but that’s not true with the freedom of Christ because even when you don’t feel it is a fact, it’s not circumstantial.

Number two, this freedom is not conditional. Here is the beauty. The slave could not say to the master, hey, I’d like you to pay my debt today. I’m tired of being enslaved. It was up to the master. He had to decide that he wanted to set that slave free.

We didn’t get to say to Jesus, hey, I think I’d like to be free. We didn’t even know we were enslaved. This is how we were born. Remember Paul talked about our nature. It was because Christ said you — I want you to be free. I want to set you free, and I want you to stay free.

Jada Edwards has gotten to the heart of Paul’s letter to the Galatians. She’s packed so much meaty material into her 6-week Online Bible Study through Galatians starting on May 10th. We’d love for you to join us for this life-changing journey to understanding the acceptance we have in Christ Jesus. Registration is now open! 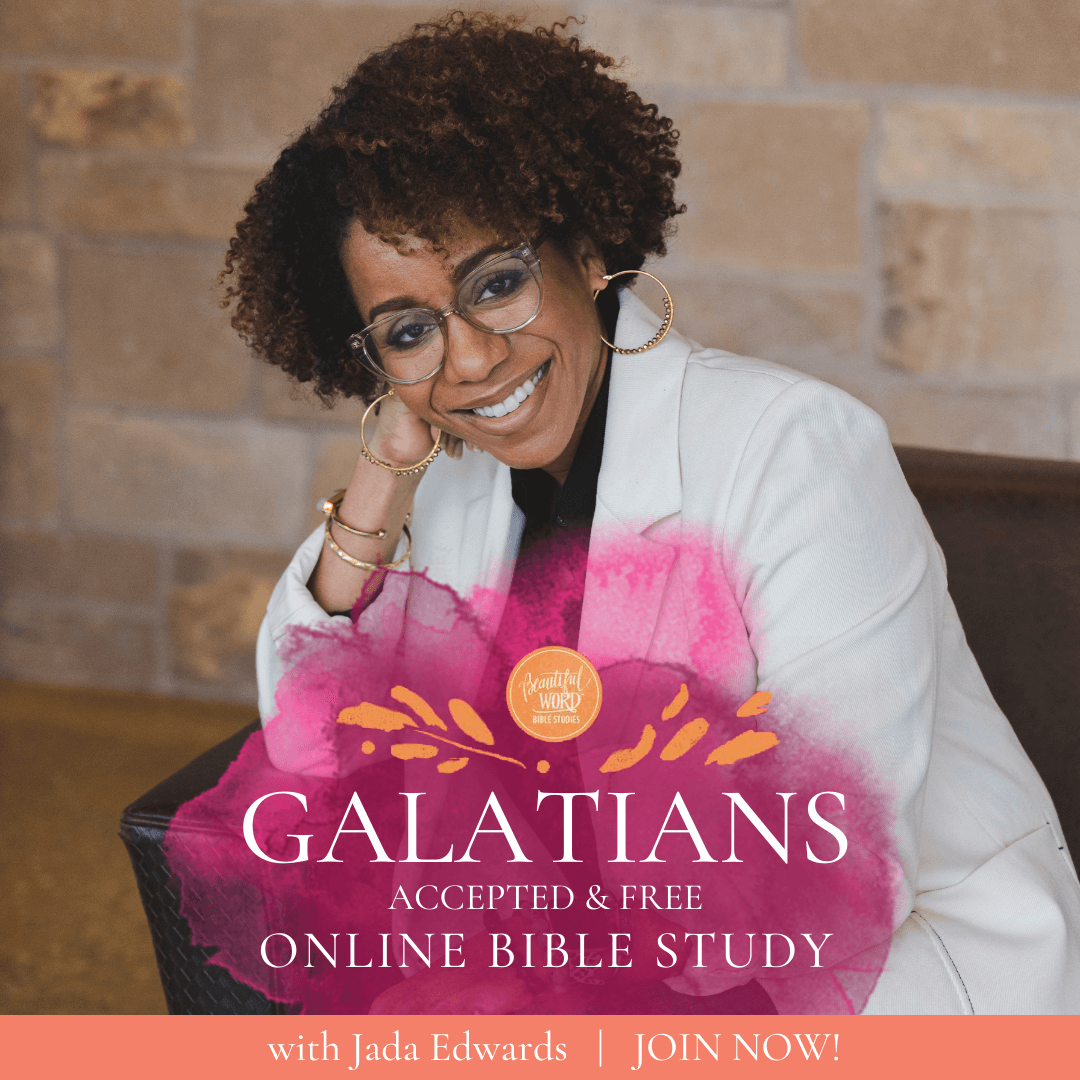