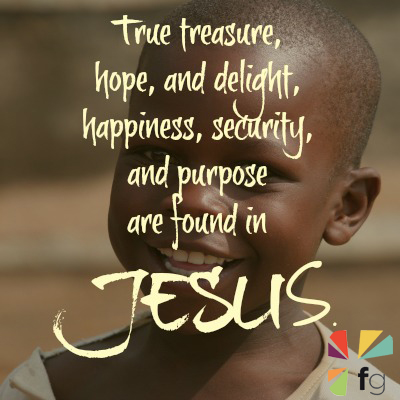 Several years ago, I spent quite a lot of time going in and out of South Sudan during the decades-long civil war that ravaged the nation and its people. I took part in different missions to deliver much-needed food and lifesaving medicine and to encourage the local Christians as we preached the gospel whenever we could.

These experiences were life changing for me in many ways, but one of the biggest things that stuck out – and began to stick to me – was how different “church” was in Sudan compared to the life I was living as a Christian, father, and pastor in the United States. It seemed that whenever I was over there in Africa with the Sudanese believers, we were the church.

Them and me. Together we were the church.

They didn’t have buildings or any resources to “do” church. No elaborate Sunday services with lights and sound systems. They just were the church. They loved each other, shared what very, very little they had, and literally laid down their lives for the sake of the Gospel. And these Christians who owned nothing (no-thing) were filled with joy.

One day while we were distributing food in a refugee camp near the border of Uganda, I met a boy who looked to be about twelve years old.

His name was James. He was tall and superthin, and just like everyone else in this camp, he had lived through near-starvation and brutal attacks by militant rebels that had decimated his village. I noticed that his left hand and arm were scarred and disfigured, and he had a large patch of hair missing that seemed to have been burned off at some point in the past. I asked our translator if he knew what had happened to the boy. He asked James to tell me his story.

James shared that a few months earlier he and his two brothers were walking with their parents when radical Islamic soldiers hacked his parents to death with machetes right before their eyes – because they were Christians. The soldiers then threw him and his two brothers onto a large pile of burning garbage. His brothers died in the fire that day, but James somehow managed to crawl out of the fire and escape with his life.

He then went on to tell me how grateful he was!

I’m not kidding. He was thankful that God had spared his life against all odds that dreadful day, and he knew that he would one day see his family again in Heaven and that they were in a safe place now with Jesus. I was blown away. I wept like a baby.

As I spent more time with James and other Christians in the refugee camp that day, I couldn’t help but notice they exhibited unbelievable joy. They were the happiest people I had ever been with in my life.

Amid the war, horrible famine, and persecution they suffered on a daily basis, these brothers and sisters in Christ were filled with a sense of peace and joy that I had never personally experienced. Shouldn’t I, with all of my American health, wealth, and comfort be happier and more grateful than them?

I remember crying out to God, saying, “I would trade everything I have to experience the joy they find in you!”

And God replied, Then do.

It sort of felt like what Jesus had to say to the rich young ruler in Matthew 19.

The point of this story Jesus told wasn’t to get us all to go and sell our stuff; it was for us to see where our true treasure, hope, and delight are found. Do we find our happiness, security, and purpose in our stuff and from what we do – or in who we are because of who He is?

James and the other Sudanese Christians I spent time with had no possessions, no country, no homes, and in some cases, no earthly families – nothing left to put their hope in. But they had found the only thing that truly satisfies the human heart: Jesus.

They didn’t have or need material possessions to be happy, and there was nothing profound for them to do.

They had found their very life – their identity and purpose – in Jesus.

It is Jesus who pursues, secures, and maintains our position in the family of God. He died that we might be restored to a right relationship with His Father, back into the family we were originally created to be a part of. Jesus, our Servant King, gave us His indwelling Spirit and sent us out on His mission.

It’s all about Jesus.

Excerpted with permission from Transformed by Caesar Kalinowski, copyright Zondervan, 2014.

Does this stab your heart as it does mine? How rightly convicting! It’s all about Jesus! Shouldn’t we who live in comparative affluence and ease (even if we don’t think of ourselves as wealthy) be overwhelmingly thankful to Him? How much of your focus is on Jesus rather than your struggles, losses, and daily trials? How satisfied are you in Him alone? Come join the conversation on our blog! We would love to hear from you! ~ Laurie McClure, Devotionals Daily 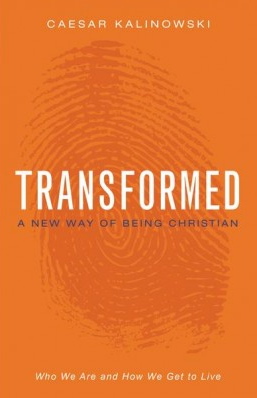