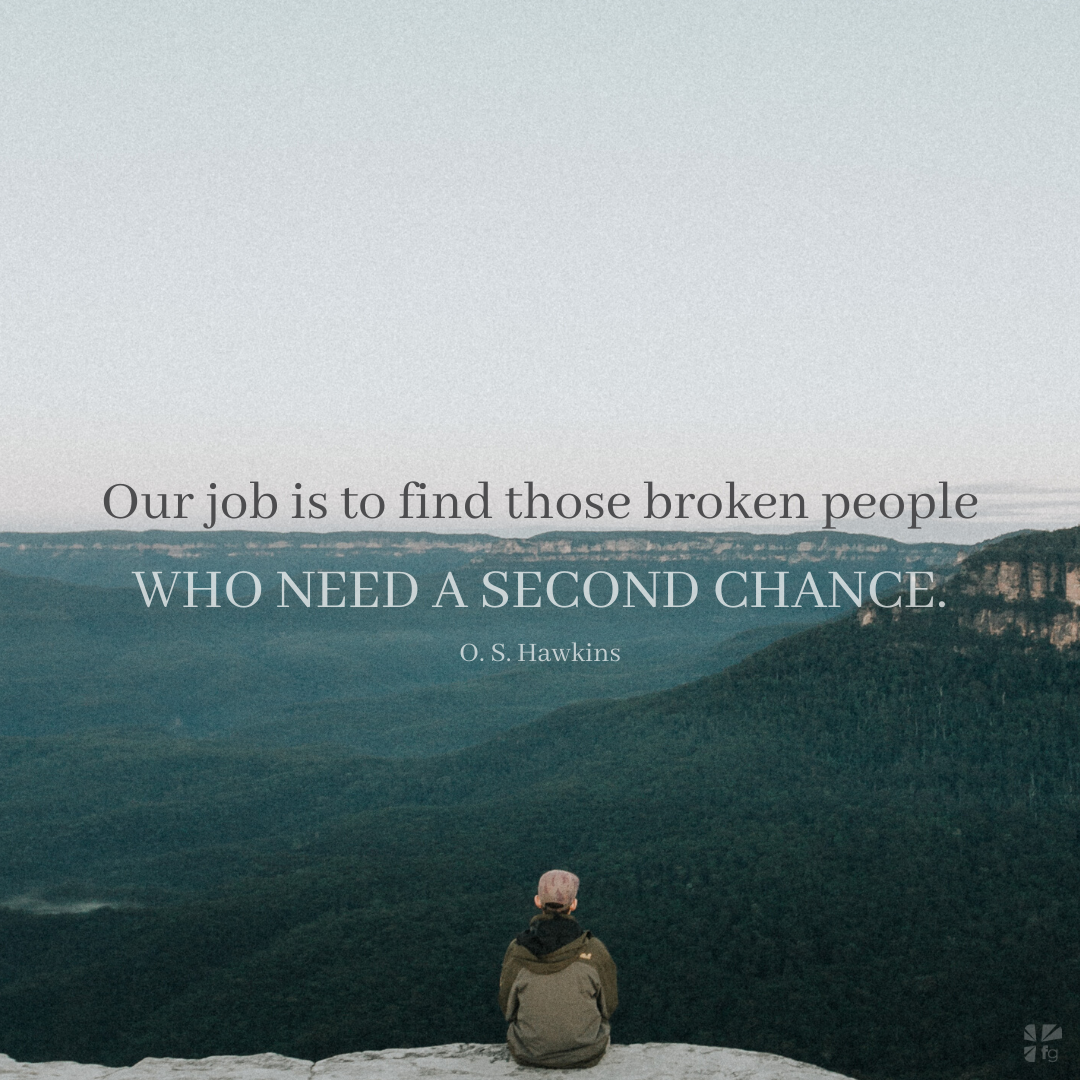 Brethren, if anyone among you wanders from the truth, and someone turns him back, let him know that he who turns a sinner from the error of his way will save a soul from death and cover a multitude of sins. — James 5:19-20

For years a beautiful antique table has graced the entryway of our home. But when I first saw it, there was nothing of beauty about it. Only the promise of beauty. We acquired the table more than forty years ago during the days of our first pastorate out on the plains of south-western Oklahoma. The little farming community of Hobart was undergoing a transition. The kids of those wheat farmers went away to college but never came back to the farms. Instead, after earning their degrees, they made their way to the big cities, the site of expanding employment opportunities. So when the parents died, no one would take over the family farms, and their household possessions were often sold at auctions. Those Saturday auctions were the place to be, and crowds of people came from all the nearby farms and towns.

That antique table caught my eye at one of those farmhouse auctions. For many years, probably decades, it had just sat out in the barn. Chickens had roosted on it. Old greasy tools had sat on it. In fact, through the years all sorts of trash had been thrown on it. It was filthy and flimsy, and when the auctioneer called its number, no one even made a bid on it. So I did. I bought that old table for just a couple of dollars and the next week took it to a man in Hobart who loved to restore old furniture items in a shed behind his house. He stripped it down to its bare wood and, over the course of several days, restored it to the thing of beauty it once was. To this day that table is one of our most cherished possessions and conversation pieces.

God Himself is in the restoration business.

It is never too late for a new beginning for anyone. And what is even more remarkable, He uses folks like you and me to help people find a new beginning. There are people all around us who have been relegated to an old barn somewhere, beaten and broken by life’s circumstances, and finally put off to the side where they began to lose their beauty. But there is a land of beginning again — for any and all of us.

In addition to needing the opportunity to begin again, all of us need a partner in ministry. James certainly had a great one in Peter. They, in effect, served as co-pastors of the church in Jerusalem, and together they convened the great Jerusalem Council (Acts 15). These two men were the undisputed leaders of the early Church.

It may well be that James had Peter in mind when he penned these words because if ever someone needed restoration and a new beginning, it was Simon Peter. You probably remember the story well. Peter had been so self-confident and boastful about his commitment to the Lord Jesus, boldly asserting that even if all the others turned back, he would always stay true to his Lord. And Peter was true to his word until the heat was turned up!

Jesus had been arrested and subsequently been interrogated by Caiaphas, the Jews’ chief priest. Peter “followed at a distance” (Luke 22:54), and when he was recognized as one of the Galilean followers of Christ, Peter denied it three times. As Jesus had prophesied, the rooster then crowed to signal the coming dawn. But Peter, remembering Jesus’ earlier warning that he would betray Him, went out and “wept bitterly” (Luke 22:62).

Later, however, the resurrected Christ met Peter and some of the disciples on the north shore of the Sea of Galilee. There Jesus provided Peter with three opportunities to reaffirm his love for Him. Peter’s second chance was not only possible, but it was also profitable.

Simon Peter never turned back. Restored, he became the rock who led the Church into its greatest days of expansion (Matthew 16:18).

The Bible contains many accounts of men and women who got a second chance and, by God’s grace, used it well. Who would have picked a murderer to deliver a nation from slavery and lead them to freedom? God did. Moses had blown it (Exodus 2:11-14). But forty years in obscurity on the backside of a desert enabled him to take advantage of the second chance God gave him, and he became the great emancipator of his people. And what about the lustful fellow who was described as a “man after God’s own heart” (2 Samuel 11:1-27; 1 Samuel 13:14)? Read David’s prayer of repentance in Psalm 51 and see what qualifies people for a second chance. And what about Jonah? He got his do-over:

The word of the Lord came to Jonah the second time. — Jonah 3:1

He also found that a second chance is possible for anyone.

Sorrow is not the same as repentance. This rich young man didn’t repent so he was not restored.

And what about Pontius Pilate, the Roman governor who condemned Jesus to death? He washed his hands in a basin of water, regretting that he had done as the crowd demanded, but Pilate did not repent. The second chance is possible but not automatic. It is reserved for people like Simon Peter, who don’t merely feel remorse or try to reform, but who truly repent. That is, they change their minds, which results in a change of action; and as they do so, they find a new beginning.

Simon Peter definitely took advantage of his second chance. He went from his seaside meeting with Christ to become the powerful preacher of Pentecost, and his message brought about the birth of the church. We find Peter over and over in the book of Acts being imprisoned and beaten yet saying,

We cannot but speak the things which we have seen and heard. — Acts 4:20

Tradition tells us he met a martyr’s death by crucifixion. But telling his executioners that he was unworthy to die in the same manner as his Savior, he requested to be crucified upside down. And so he was.

James closed his letter with the important reminder that sin can wreck hearts, homes, plans, and people. But your sin can never keep God from loving you. James was shouting again now. Can you hear him? “It is never too late for a new beginning!”

Every time I walk past that antique table, I am reminded that God specializes in the restoration business. All of us know people who are like that old table used to be, who are battered and bruised and have been stuck in the back corners of life, having lost their beauty, and who are not being used for any real purpose. James concluded his letter with this challenge to us: take the sinners and the broken people we know by the hand and bring them to the One who can make old things pass away and make all things become new.

God desires that all of us get into the restoration business. Paul framed it like this:

If a man is overtaken in any trespass, you who are spiritual restore such a one in a spirit of gentleness, considering yourself lest you also be tempted. Bear one another’s burdens, and so fulfill the law of Christ. — Galatians 6:1-2

In the Greek, the word restore is from a medical term that means “to set a broken bone.” When someone breaks a bone in his or her arm, a doctor sets it, realigning it and then put- ting a cast on it to keep it in place as it heals. Then during about six weeks, God does the actual healing.

Our job is to find those broken people who need a second chance. We are to restore them: we are to help get their lives and priorities lined up with Scripture and God’s will. Once that realigning is done, God can then do the healing.

After all, it’s never too late for a new beginning.

It’s almost the New Year… Is someone you know in need of a new beginning? How can you help restore them? You don’t have to wait for January 1st… What better day to start than today?