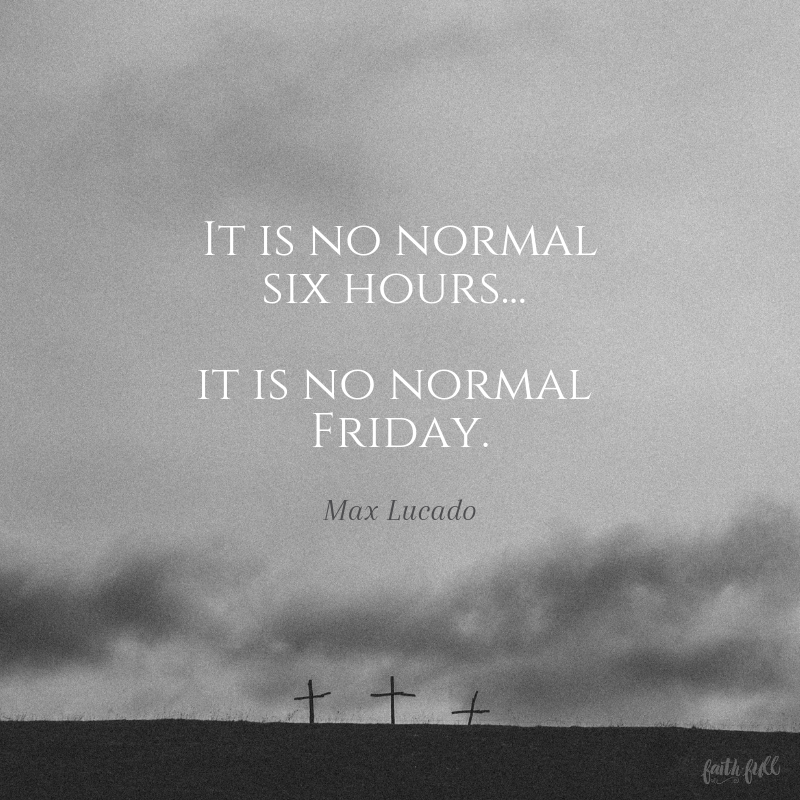 The bright noonday sun casts a common shadow for the Judean countryside. It’s the black silhouette of a shepherd standing near his fat-tailed flock. He stares at the clear sky, searching for clouds. There are none.

He looks back at his sheep. They graze lazily on the rocky hillside. An occasional sycamore provides shade. He sits on the slope and places a blade of grass in his mouth. He looks beyond the flock at the road below.

For the first time in days the traffic is thin. For over a week a river of pilgrims has streamed through this valley, bustling down the road with animals and loaded carts. For days he has watched them from his perch. Though he couldn’t hear them, he knew they were speaking a dozen different dialects. And though he didn’t talk to them, he knew where they were going and why.

The celebration strikes him as ironic. Streets jammed with people. Marketplaces full of the sounds of the bleating of goats and the selling of birds.

The people relish the festivities. They awaken early and retire late. They find strange fulfillment in the pageantry.

What kind of God would be appeased by the death of an animal?

Oh, the shepherd’s doubts are never voiced anywhere except on the hillside. But on this day, they shout.

It isn’t the slaughter of the animals that disturbs him. It is the endlessness of it all. How many years has he seen the people come and go? How many caravans? How many sacrifices? How many bloody carcasses?
Memories stalk him. Memories of uncontrolled anger… uncontrolled desire… uncontrolled anxiety. So many mistakes. So many stumbles. So much guilt. God seems so far away. Lamb after lamb, Passover after Passover. Yet I still feel the same.

He turns his head and looks again at the sky. Will the blood of yet another lamb really matter?

The wife sits in her house. It’s Friday. She’s alone. Her husband, a priest, is at the temple. It’s time for lunch, but she has no appetite. Besides, it’s hardly worth the trouble to prepare a meal for one. So, she sits and looks out the window.

The narrow street in front of her house is thick with people. Were she younger, she would be out there. Even if she had no rea- son to go on the streets, she would go. There was a time when she was energized by such activity. Not now. Now her hair is gray. Her face is wrinkled, and she is tired.

As a young woman she had been too busy to ponder. She had children to raise. Meals to prepare. Schedules to keep. She brushed away the riddles like she brushed back her hair. But now her home is empty. Those who needed her have others who need them. Now, the questions are relentless. Who am I? Where did I come from? Where am I going? Why is it all happening?

The house is alive with excitement. In one room a man paces. In another a woman pushes. Sweat beads glisten on her forehead. Her eyes close, then open. She laughs, then groans. The young doctor encourages her. “Not much more. Don’t give up.” With a deep breath she leans forward and exerts her last ounce of energy. Then she leans back, pale and spent.

“You have a son.” She raises her head just enough to see the red infant cradled in the broad palms of the physician.
Delighted with his task, the doctor cleans the eyes and smiles as he watches them fight to open. The child, freshly welcomed from the womb, is returned to his mother.

The next house he visits is quiet. Outside the bedroom a white-haired wife sits. Inside is the frail frame of her husband, hot with fever. Nothing can be done. The doctor is helpless as the man takes his last breath. It’s deep — his bony, bare chest rises. His mouth opens wide, so wide that his lips whiten. Then he dies.

The same hands that cleansed the eyes of the infant now close the eyes of the dead. All during a period of six hours on one Friday.
He fights off the questions. He hasn’t time to hear them today. But they are stubborn and demand to be heard.

Why heal the sick only to postpone death?

Why give strength only to see it ebb away?

Why be born and then begin to die?

Who points the crooked finger at death’s next victim?

Who is this one that with such regular randomness separates soul from body?

He shrugs and places the sheet over the ashening face.

To the casual observer the six hours are mundane. A shepherd with his sheep, a housewife with her thoughts, a doctor with his patients. But to the handful of awestruck witnesses, the most maddening of miracles is occurring.

God is on a Cross. The Creator of the universe is being executed.
Spit and blood are caked to His cheeks, and His lips are cracked and swollen. Thorns rip His scalp. His lungs scream with pain. His legs knot with cramps. Taut nerves threaten to snap as pain twangs her morbid melody. Yet death is not ready. And there is no one to save Him, for He is sacrificing Himself.

Far worse than the breaking of His body is the shredding of His heart.
His own countrymen clamored for His death.

His own disciple planted the kiss of betrayal.

His own friends ran for cover.

And now His own Father is beginning to turn His back on Him, leaving Him alone.

A witness could not help but ask: Jesus, do You give no thought to saving Yourself? What keeps You there? What holds You to the Cross? Nails don’t hold gods to trees. What makes You stay?

The shepherd stands staring at the now blackened sky. Only seconds before he had stared at the sun. Now there is no sun.

The air is cool. The sky is black. No thunder. No lightning. No clouds. The sheep are restless. The feeling is eerie. The shepherd stands alone, wondering and listening.

What is this hellish darkness? What is this mysterious eclipse? What has happened to the light?

There is a scream in the distance. The shepherd turns toward Jerusalem.

A soldier, unaware that his impulse is part of a divine plan, plunges the spear into the side. The blood of the Lamb of God comes forth and cleanses.

The woman has scarcely lit the lamp when her husband rushes in the door. The reflection of the lamp’s flame dances wildly in his wide eyes. “The temple curtain…,” he begins breathlessly, “torn! Ripped in two from top to bottom!”

The black angel hovers over the One on the center cross.

No delegation for this death, no demon for this duty. Satan has reserved this task for himself. Gleefully he passes his hand of death over these eyes of life.

But just when the last breath escapes, the war begins.

The pit of the earth rumbles. The young physician nearly loses his balance.

It is an earthquake — a rock-splitting rumble. A stampedelike vibration, as if prison doors have been opened and the captives are thundering to freedom. The doctor fights to keep his balance as he hurries back to the room of the one who has just died.

The body is gone. 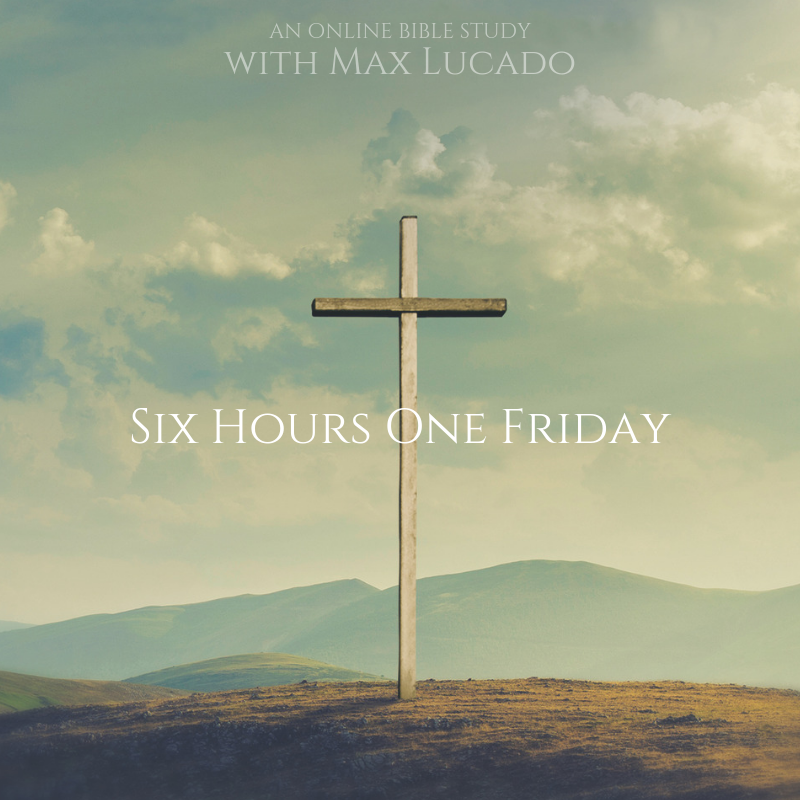 Come join us for the Six Hours One Friday Online Bible Study starting March 18th! We’re going to study the last hours of Jesus and find hope and healing there. Grab your friends and register today! Are you joining us? ~ Laurie McClure, Faith.Full