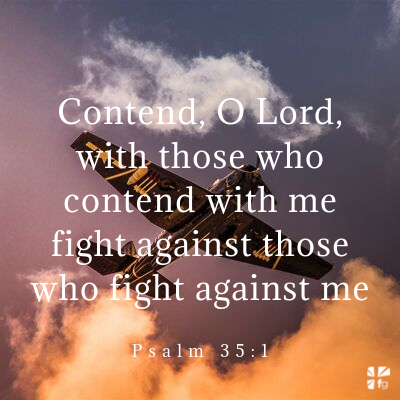 We are called to live by faith — not fairness. — Habbakuk 2:4

Do not be afraid of them; the Lord your God himself will fight for you. — Deuteronomy 3:22

Growing up on a farm in New Mexico offered me many chances to see Air Force jets from a nearby base loop and soar through the sky as they chased each other over our big hay barn. It was after one of these exciting aerial shows that I first told my mom, “That’s what I want to do!” Unsure how serious I was at the time, my mom said, “Tammie Jo, you can’t fly. You’ve had cavities!”

Thankfully, the concerns my mom had about cavities exploding in high altitudes was just a myth — one that my dad was able to debunk for us at the dinner table a few days later. But unfortunately, not all obstacles between me and my childhood dream of learning how to fly were so easily dismissed.

The majority of the people I trained with and under, in both the Navy and at Southwest Airlines, were goodhearted, kind, and invaluable in my growth as a pilot. But there were still a handful of close-minded individuals who had real problems with girls taking a seat in the cockpit. These two extremes of positive and negative voices throughout my career brought to life for me the words of King Solomon in Proverbs 12:18-20.

The words of the reckless pierce like swords, but the tongue of the wise brings healing. Truthful lips endure forever, but a lying tongue lasts only a moment. Deceit is in the hearts of those who plot evil, but those who promote peace have joy.

With every new sunrise, every new instructor or captain, and every new season in the air, I felt God was constantly assuring me, You don’t have to respond. I am fighting for you. Though my mom may have been unschooled in dentistry, she was wise in the ways of the Lord. I would remember her saying, “Tammie Jo, you will never be held responsible for what they say to you. You will be held accountable for every word you say to others. Let God take care of them.”

One day, as a first officer at Southwest, I found myself in my chief’s office where he and the assistant chief began drilling me with questions about my safety record during my days in the Navy. Apparently, word had gotten to them concerning a false accusation made about me. Without first seeking documentation from the Navy, that would have verified the falsity of the claim and confirmed my perfect safety record, they accused me of lying about that record on my application. Then they fired me on the spot. I immediately had to surrender my ID badge which resulted in my name being dragged through the mud over the next several months.

During this horrendous time my head throbbed constantly, and my stomach ached. Time and time again I found myself opening up God’s Word, mostly the Old Testament, looking for wisdom and comfort. “The Lord your God himself will fight for you,” Deuteronomy assured me.

Not even in the Bible does one find that every story is “fair.” God showed me countless instances of tragedy befalling His children who had not done anything to deserve their sometimes excruciating circumstances. Joseph was sold into slavery by his brothers, then later thrown into prison for doing the right thing and fleeing from a seductress. Job lost his children and all his wealth, then got boils all over his body. The giant-slaying David was forced to hide in the wilderness because of a crazed and jealous King Saul. Were any of their stories fair? Not at all. God wasn’t concerned with whether their circumstances were fair; He was focused on how these individuals would respond despite their circumstances.

Being fired as I was wasn’t fair either, but that didn’t mean that this incredibly difficult time was not without purpose. How will you respond? God once again asked me. Will you trust Me? In an attempt to stay above the fray, I decided I could no longer wallow in disappointment but that I would take the initial steps to try to get my job back. Not in my own power but with God fighting for me, as His Word promises.

My case was eventually brought to a hearing with four jurors. Many people came to my defense. When all was said and done, the committee determined that I had not lied on my application — I had truthfully represented my qualifications. I was immediately offered to take back my job. I accepted. I believed that Southwest would not be held back by a few people’s prejudice and was, in fact, a great company to work for and with.

Though it’s hard to see in the moment, how we respond in the trials that come our way is more important than the actual result of that trial. Colossians 3:17 says,

And whatever you do, whether in word or deed, do it all in the name of the Lord Jesus, giving thanks to God the Father through Him.

Another translation says it this way,

Whatever you do or say, do it as a representative of the Lord Jesus.

How we respond during our troubles is what God is most concerned about. Especially when life isn’t fair. Sometimes we need to be still and let the Lord have the battle. Sometimes He will send us to the creek for some stones to load our slingshot. Both times we are completely reliant on Him.

Have you been falsely accused? Have others come against you to cause you harm and suffering? Don’t be afraid. Let the Lord contend with them. Come share your story with us on our blog. We want to hear from you! ~ Devotionals Daily

Listen to the Audio Clip: Nerves of Steel