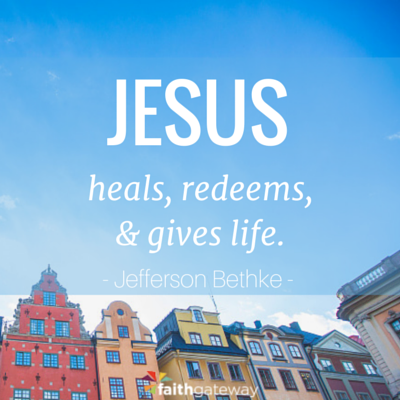 What if I told you Jesus came to abolish religion?

What if I told you getting you to vote Republican really wasn’t His mission?

What if I told you religious right doesn’t automatically mean Christian?

And just because you call some people blind, doesn’t automatically give you vision.

I mean, if religion is so great, why has it started so many wars?

Why does it build huge churches, but fail to feed the poor?

Tell single moms God doesn’t love them, if they’ve ever had a divorce?

Yet God in the Old Testament actually calls the religious people whores.

A little sharp, I know. When I first wrote those lines, I didn’t think so, but when in less than forty-eight hours almost seven million people heard me say those words on YouTube, I realized they resonated with more than just a few people.

My best friend makes professional videos, and we thought it would be fun to shoot a spoken-word poem I had written. To our surprise it went viral overnight. At first I was excited. I was now in the blessed company of “David After the Dentist” and “Charlie Bit My Finger.”

Then there was panic.

The number of e-mails, messages, and requests became almost unbearable. For about a solid week, everywhere I looked, I was there: Wall Street Journal, Huffington Post, Yahoo News, Washington Post, New York Times, CBS Morning Show, Glenn Beck, and others either interviewed me or had a significant piece highlighting the video. One of the YouTube staff even mentioned that something this serious or this explicit about Jesus hardly ever goes viral. In fact #jesushatesreligion was even trending on Twitter for a while. Immediately e-mails started to come in:

Hello, Jeff. My name is Laura. I just wanted to say thank you sooo much for your videos. I have struggled with drugs, sex, and suicide. I always thought that I wasn’t good enough and didn’t belong anywhere ever since I was raped when I was seven. I knew God growing up, but I thought he was just some mythical figure everyone worshiped. One day I was fed up with all of it and decided that was all I could take – I was going to kill myself after school. All day I went through my head saying, It’s finally going to be done, I don’t have to worry. On my way home I got on Facebook one last time and my friend had posted your video “Why I Hate Religion, but Love Jesus.” I figured I might as well watch it because I’m going to end it all anyway. I immediately started crying because the video made me realize that it’s okay that I’m not perfect. There is a place where I belong. Your video gave me the courage to move on and say that I can make it through life. You are my biggest role model… besides God. LOL. When I get so low that I can’t think straight, I just watch your videos over and over. They bring me peace in my mind that God still loves me even if I’ve screwed up.

As I moved away to college, I also moved away from the church, attempting to find my own path. When I stumbled upon your video, I was lost after being disowned by my family for moving away from the Catholic faith. Watching it opened my eyes to Jesus again and made me realize that Jesus isn’t what I grew up with everyday in the church but rather loving and pouring with grace. I started going to the Christian services located on my campus and got back on the right track in life, learning that no matter what anyone else would say about my past, present, or future sins that God will still love me and Jesus is truly everything.

What had I said in my video that struck such a chord? Why were these people sharing these things with me?

To be honest, I was overwhelmed at first. I’m not a counselor. I’m not a pastor. I’m a messed-up twenty-three-year-old who just graduated from college. I was being messaged, e-mailed, and tweeted by thousands of people who were sharing their raw testimonies with me, a complete stranger. Many even stated that it was the first time they had shared their secrets with anyone. I was wondering,

What did I say? What was it about the poem that was so different? Isn’t this just the good news of Jesus that’s been preached for the last two thousand years?

Let me be straight with you: I’m not really qualified to write this book. I don’t have a Bible or seminary degree. I’m not a pastor or a counselor. I don’t know biblical languages and don’t know how to do exegesis – whatever that even is. Again, I’m just a messed-up twenty-three-year-old guy. But I know that God has quite the sense of humor. It only takes a quick peek into Christian history to realize I’m almost the exact type of person He is looking for. A wise man two thousand years ago put it this way:

Paul tells us that God loves using people who are useless by worldly standards – because then He gets all the credit. A crooked stick can still draw a straight line, and a messed-up dude like me can still write about an awesome God.

I’ve tasted grace and can’t help but tell others about it. [tweet this]

My hope in sharing my story is that it would somehow thread itself into yours, ultimately weaving us both closer to the ultimate story of a God in heaven who pursues and loves people like us.

Do you feel unqualified to share you faith publicly? Have you tasted grace like Jefferson describes and felt incapable of staying silent? Join the conversation on our blog! We would love to hear from you! ~ Devotionals Daily